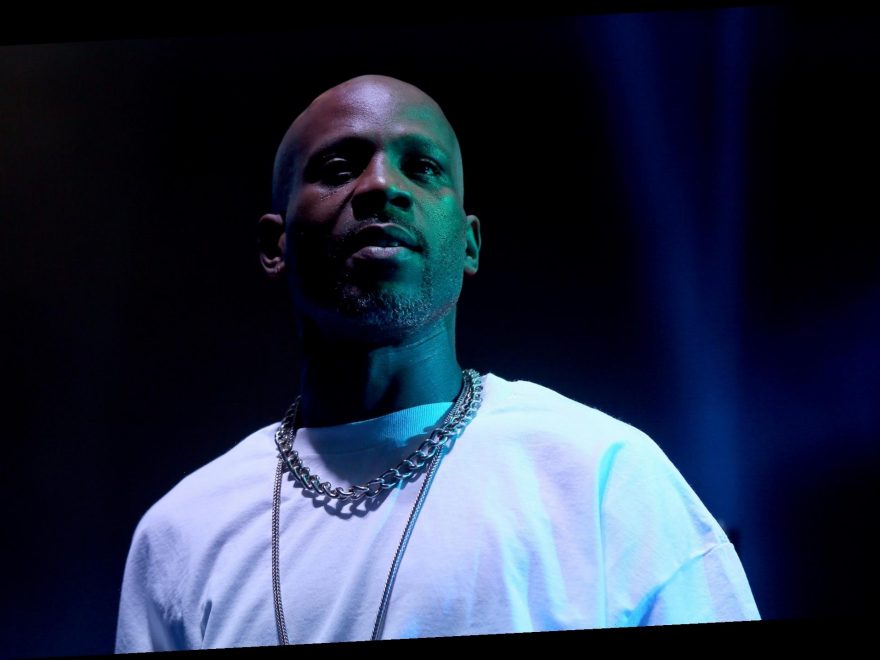 DMX was a hardcore rapper who lived a hard life — and ultimately died from it.

But for true fans, that’s not what he’ll be remembered for.

From his struggles with substance abuse — with an overdose triggering a heart attack that led to his death at 50 on Friday at White Plains Hospital — to his run-ins with the law, he had fallen from the heights that had once made him one of hip-hop’s biggest stars.

However the New York native — born Earl Simmons in Mount Vernon and raised in Yonkers  — was as talented as he was troubled. He made his name battling in street circles and had an infamous battle with Jay-Z back in 1993 before the two were famous. He went on to be one of the most successful commercial rappers of all time — for a good reason.

And seeing him onstage was a certain kind of magic, added Shawn “Cutman LG” Thomas, head of music programming for the UHHM.

“There is nobody like DMX,” Thomas told The Post. His “energy was just amazing, and it was different from what everybody else was doing. People thought about hip-hop as being negative, but he brought fun to hip-hop.”

Here are eight ways in which DMX changed the rap game.

He’s the only rapper to have his first five albums debut at No. 1

And as further evidence of DMX’s commercial clout in his heyday, he went multiplatinum with three of his albums, moving over five million copies of his biggest seller, “…And Then There Was X.”

This was the kind of chart-topping consistency that few artists of any genre sustained in their primes.

He led the Ruff Ryders to rap-pack glory

DMX at the forefront of the Ruff Ryders movement turned the rap collective into a hip-hop dynasty in the late ’90s with such acts as the Lox and Eve.

To show love for his hip-hop family, he even dedicated one of his biggest bangers, 1998’s “Ruff Ryders Anthem,” to his beloved crew.

He filled the 2Pac gap

After the 1996 shooting death of Tupac Shakur — followed by the Notorious B.I.G.’s murder in 1997 — DMX became the hardcore heavyweight on the rap scene, drawing comparisons to ‘Pac at a time when hip-hop fans were looking for the next gangsta hero to fill the void.

“I do have a tremendous amount of respect for him and his music,” DMX told MTV in 2012 about being likened to the late legend. “I think it was more like what he brought to the table and what I brought to the table. It was like, ‘We feel you like we feel him,’ so I took it as a sign of respect.”

With his barking delivery, he was the anti-Snoop Dogg

His gruff, growling attack — punctuated by his trademark barks on songs such as “Get at Me Dog,” his 1998 major-label debut single — gave DMX one of the most distinctive deliveries in hip-hop. That ferocious flow provided a marked contrast to the laconic drawl of his canine-connected West Coast competition, Snoop Dogg, who faced off with X in a memorable Verzuz battle last July.

He became a movie star

DMX made the leap from the streets to the screen, with the powerful presence of his rap persona turning him into a certified box-office draw packing both charisma and gangsta cred.

He was a TV star, too

Like Diddy, T.I. and other hip-hop luminaries whose celebrity status grew beyond their music, the “X Gon’ Give It to Ya” rapper once had his own reality show: “DMX: Soul of a Man” aired on BET in 2006.

He was both gangsta and gospel

Although DMX was known for being as gangsta as it gets, he was also a man of deep religious beliefs, which he shared on gospel-rap tracks such as 2006’s “Lord Give Me a Sign” and 2008’s “Jesus Loves Me.”

He kept it real

DMX struggled with a cocaine addiction from the time he was 14 years old, was in and out of an abusive household and boys’ homes growing up, was diagnosed as bipolar, and has been in and out of jail throughout his life. But he used those experiences to connect with his fans, staying open about his struggles and journey to find redemption through religion.

“Songs like ‘Slippin’ ‘ gave us hope to get back up and try again,” said Universal Hip Hop Museum’s Thomas. “And songs like ‘Party Up’ brought the party back to the dance floor.”