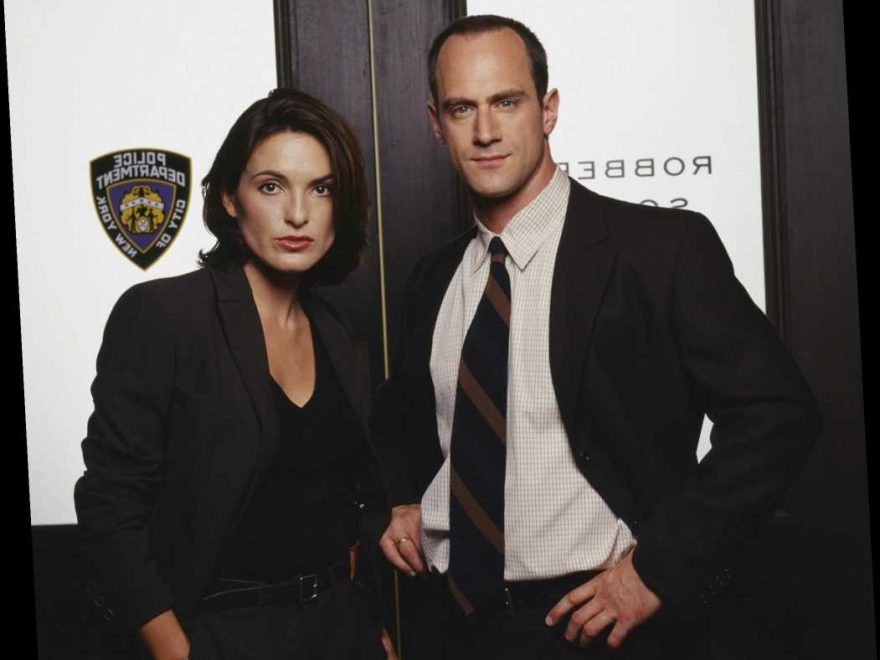 Could Elliot Stabler and Olivia Benson finally embark on a romance?

Now that Christopher Meloni's Stabler has reentered the Law & Order universe with his new spinoff, Organized Crime, the actor said, "There's a world of possibility."

During their time costarring, the two characters frequently shared furtive glances and long, emotional conversations (as documented in many fan YouTube compilation videos). However, with Stabler married and Benson often taken, a real romantic relationship never came to fruition in their 12 years together. In a recent interview alongside Organized Crime showrunner Ilene Chaiken, hosted by PEOPLE, Meloni said he and Hargitay, 57, picked up on the fan frenzy around the romantic tension between their characters and "would toy" with it during the outtakes.

"Obviously, we recognized it when we were together on SVU," he said. "We were always kind of toying with that, leaning into that, teasing with that."

As far as it actually happening now that Stabler is back, Meloni said both Stabler and Benson have "a lot of 'splainin to do" about their decade apart.

"I think we're going to stumble bumble, as I think most human beings do, through complicated areas or difficult terrain, emotional terrain," he continued. "What are the answers? Really, There are no answers right now. And I think that's the art and the beauty of what we do, the writers get together and they create these connections or circumstances and the actors get to play them out, so I'm excited. I think there's a world of possibility." Chaiken added that she's ready for some fans to be dissatisfied regardless of how the show tackles the relationship between the two detectives.

"I'm excited too, and I'm also just girding myself for the onslaught," she said. "No matter what story we wind up telling, I know that there are some folks that are going to want the other story, and we'll see."

Prior to the first episode of Organized Crime, which premiered last week in an SVU crossover event, Meloni and Hargitay told PEOPLE that when they were back filming together again, it was just like old times.

"It was Pavlovian: Ring that bell, and you get right into Stabler and Benson," Meloni said in February.

"There was so much shorthand between us, which all goes back to the trust we have," Hargitay added. "He's always made me feel like I could just jump off the ledge, the cliff, the bridge, and he would catch me, in so many ways, whether it was comedy or acting or friendship."

"It's simple," Meloni concluded. "We have each other's back.