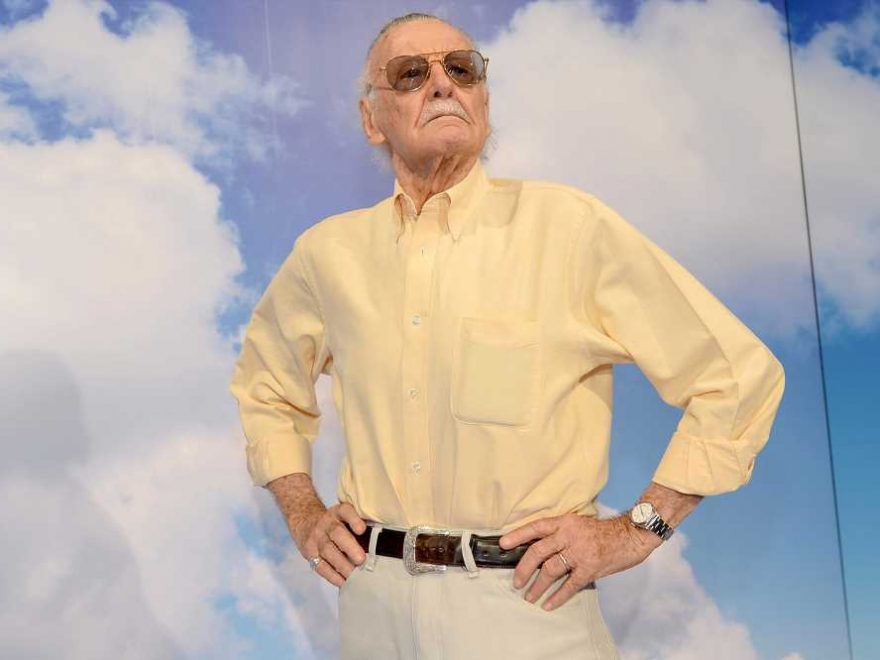 Unlike the characters he co-created for Marvel Comics, Stan Lee’s origin story doesn’t involve gamma radiation or radioactive spiders. Instead, it involves a poor family, a stack of pulpy books, a Bronx high school and a fortuitous contest entry.

His history and much more are explored in the new book “The Stan Lee Story XXL” (Taschen), an image-packed, coffee-table bio written by Lee’s protege and former Marvel Comics editor-in-chief Roy Thomas.

The author says the public Lee — the gregarious, catchphrase-spouting master of promotion who had a cameo in every single Marvel movie through April’s “Avengers: Endgame,” released five months after his death — was “50 percent creation.”

“He wanted to project an image, had a natural affinity for it and he worked at it,” Thomas told The Post. “It was even in place to some extent the day I met him in 1965, although he honed it over the years that followed.”

As it turns out, Lee developed much of his persona in his early childhood on Manhattan’s Upper West Side. It was there in 1922 at 98th Street and West End Avenue that Stanley Lieber was born, the eldest child of Jewish immigrants from Romania.

Growing up with Central Park just a few blocks east and the towers of Midtown rising (the Chrysler Building, then the world’s tallest structure, broke ground when Lee was 5), “it’s small wonder that, years later … [Lee] would anchor the core of what became known as ‘the Marvel Universe’ amid the towers and spires of New York City,” Thomas writes.

Lee’s father worked as a dress-cutter and often had trouble finding work. A lack of funds in the early 1930s forced the family to move to an apartment in Washington Heights.

Watching his parents fight and struggle over money helped fuel Lee’s carnival-barking, hustler mentality. His escape was books. He loved Mark Twain, Arthur Conan Doyle, H. G. Wells and the Tarzan series. He read so voraciously that his mother bought him a stand for the kitchen table so he could prop up a book and read during meal times.

One of his most influential reads was a now-forgotten series about kid heroes Jerry Todd and Poppy Ott by Leo Edwards. Each story ended with the author replying to readers’ letters, and the “warm, friendly feeling” those pages gave Lee would come into play years later — when he took the same approach with Marvel fans, responding to fan mail with his affable, first-person columns in the company’s magazines.

Leon Ginsberg was Lee’s teacher, who showed him that humor was the best way to reach people and get his point across. “It was a lesson I never forgot, a lesson I’ve tried to apply to everything I do,” Lee later wrote.

The other influence was a student named John McKenna, who sold New York Times subscriptions and was allowed to address the class with a sales pitch. Lee was wowed by McKenna’s charisma and polish as a speaker.

“[Lee] felt that if that kid, only a little older than himself and definitely not an adult, could hold an audience spellbound, maybe someday he could, too,” Thomas said.

And although Lee originally wanted to grow up to be an actor, a writing contest would soon set him on a different path.

The New York Herald Tribune invited youngsters to submit short essays on “The Biggest News of the Week.” Lee entered the competition so often, he eventually received a response from an editor urging him to consider becoming a professional writer.

Following a brief stop at a news service writing obituaries, he soon landed at Timely Comics in 1940, later to be known as Marvel. He showed up for work as a teenager at the company’s midtown New York offices in 1940; two decades later, he and his artistic collaborators created a string of superheroes that would become household names around the world, including Spider-Man, Iron Man, the Fantastic Four and the X-Men.

Lee eventually took a sideways move, relocating to California in 1980 to spearhead Marvel’s then-fledgling movie efforts. In 2009, Marvel was purchased by Disney in 2009 for more than $4 billion, and since then its movies have earned more than $18 billion.

Though Lee never owned the rights to any of the characters he created, the writer-editor still managed to amass a reported $50 million fortune. Even so, he downplayed his success, saying, “I’m just a guy on the sideline living much of my life in my imagination” in the introduction to “The Stan Lee Story XXL.”

Thomas visited Lee at his California home last November and found the man wearing his trademark sunglasses and sitting comfortably in an armchair in front of a window overlooking a pool. The two chatted about old times, and Thomas took his leave.

Less than 48 hours later, Lee had departed this physical universe, survived by a daughter, J.C. (His wife of 70 years, Joanie, died in 2017.)

“There’s another universe — the Marvel Universe — and he’s going to be a part of that one for as long as it exists,” Thomas writes. “Which he and I would both hope is forever.”