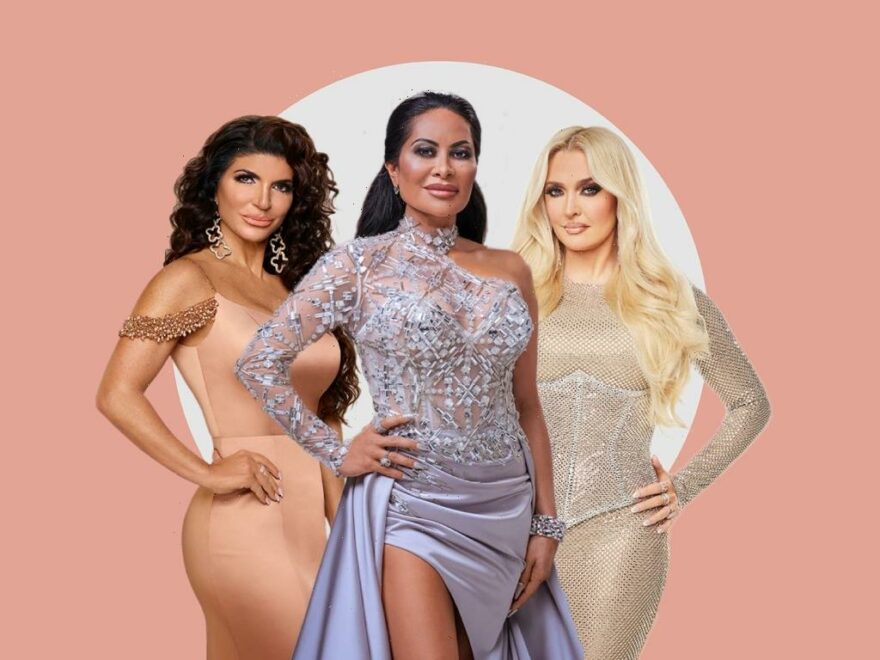 Over the last decade, public interest in true crime stories has exploded — and we’re only now starting to reckon with the consequences of treating these high-profile cases as entertainment. Where there’s demand, eager suppliers will follow, and one network in particular has struck gold by not just re-telling true crime stories but documenting legal scandals in real time. Bravo, a consistently high-ranking cable network among female viewers and one of the most prolific producers of unscripted television, has become a key player in true crime TV in recent years by focusing on the criminal cases surrounding its stars — and watching Real Housewives stars go through legal turmoil one by one has fans asking questions about how the franchise got to where it is today.

Why do so many reality stars have charges coming their way? (It’s not just Bravo: see Chrisley Knows Best’s Todd and Julie’s recent bank fraud conviction, 19 Kids and Counting’s Josh Duggar’s child pornography conviction, and many more.) Why would they agree to film these shows, knowing what could be coming? And how much does Bravo stand to gain from ensuring a steady stream of legal drama across its storylines? Before we turn to our experts’ findings, a quick crash course in the history of criminal charges on Real Housewives below.

In late 2020, Erika and famed attorney ex-husband Tom Girardi faced an onslaught of lawsuits and accusations of embezzlement and fraud, claiming the couple had misused settlement funds meant for legal victims to fund their own lifestyle and debts. Erika has maintained her innocence throughout, and she was dismissed of all charges in Jan. 2022; but in the court of public opinion, she still has a lot to prove.

In March 2021, Jen was arrested on charges of conspiracy to commit wire fraud in connection with telemarketing and conspiracy to commit money laundering; she’s also maintained her innocence while awaiting trial. In the wake of charges against Jen in particular, viewers have been expressing their confusion about why she would agree to do the show at all — and why so many Bravo stars turn out to have charges coming their way.

Brian Moylan, author of The Housewives: The Real Story Behind the Real Housewives, suggests that Bravo is both intentionally casting people with “extreme personality types” who may also be less inclined to abide by the law and that reality stars in general (or those who crave fame) may be more inclined to engage in criminal activity anyway.

'The Real Story Behind the Real Housewives'

These types of personalities are “often attracted to the fringes of the law,” Moylan explains, citing narcissism as a key factor. And given the trappings of wealth required to be considered for a Real Housewives cast slot, it follows that there’s a “higher likelihood they might be engaged in crimes involving money.”

Danielle Dailey, content creator behind the account BrandsByBravo, agrees that narcissism is a key trait to study here — and these aren’t just idle musings from Bravo experts. Research has shown that reality TV participants tend to demonstrate a higher concentration of narcissism, higher levels of extraversion, and openness to new experiences compared to their peers. These traits, along with the need to maintain wealth or, at the very least, portray its illusion, are a perfect recipe for major legal missteps — and notably, Teresa, Jen, and Erika’s alleged crimes have all been strictly financial.

Dailey, Moylan, and Cesie Alvarez, practicing attorney and co-host of The Bravo Docket podcast, take the theory a step further in agreeing that reality stars are not just more likely to operate outside the law — they’re also less likely to believe they’ll be caught, and may even view going on a reality show as a type of protection.

“All housewives have some narcissistic tendencies, so it is not far-fetched to believe that they would think they could be above the law,” Dailey suggests.

“Maybe they even think that the love they will get from the court of public opinion will outweigh the consequences they might face in the court of law,” Alvarez affirms.

Considering Jen’s tagline for this previous season was “The Only Thing I’m Guilty of Is Being Shah-mazing,” (and the fact that she’s selling “Not Guilty” merch), the idea that these Real Housewives stars both hope the public will get involved in their legal troubles and consider themselves immune from consequences seems to bear out. And after how well it went for Teresa Giudice, whose redemption is such that even mentioning her prison time is considered below the belt, it’s not unreasonable that cast members could see the show as a life raft, an opportunity to tell their side of the story.

But however much this kind of coverage might help those charged with criminal activity (and it hasn’t helped Jen Shah or Erika Jayne much), there’s one party who stands to gain more: Bravo itself.

When Erika Jayne’s legal drama began to play out not just on RHOBH but in major national newspapers, Bravo’s profile was indisputably raised. Both Erika and Jen’s cases have since been the subjects of separate Hulu documentaries, and Moylan believes that, even before the massive interest in Erika’s case, Bravo may have been searching for another draw like Teresa’s prison arc to raise the stakes across the franchise.

“When you watch early seasons, the big drama was much more benign; now it’s literally getting arrested,” Moylan explained. “They made a special and got huge ratings off [Teresa Giudice] coming out of jail…It seems now there always has to be an escalation; they need crazier, more dramatic things. We had never seen someone get arrested on camera before; how do you top that?”

If Bravo’s intention was to recreate Teresa’s reception, however, it seems clear they’ve failed. Jen and Erika have faced widespread hostility from viewers who don’t believe in their innocence and who are eager to see their picture-perfect lives taken down — and Moylan thinks it’s important to note the position that leaves these women in while the network moves on unscathed.

“The women get all the attention and negativity and [Bravo gets] all the positivity, money, and ratings. What responsibility does the network and the show bear for creating such a situation?”

When Bravo does shy away from legal drama, its interest again seems to be more in protecting its own reputation and less in protecting its cast members. Many legal scandals affecting its cast have been downplayed over the years, and The Bravo Docket co-host Angela Angotti believes that’s mainly because of the hassle involved for the network if lawyers come knocking.

“I don’t think Bravo likes dealing with subpoenas and depositions,” she explains. “If a cast member confides in one of her producers or another cast member about details that could be relevant to ongoing litigation, and opposing counsel finds out, you can be sure that third-party subpoenas would be sent to Bravo for any footage.”

This happened in the case of Erika Jayne — and both because of that legal headache and the overall reception to Erika and Jen’s storylines, Bravo may be forced to move away from its increasing emphasis on legal scandal. It’s not hard to puzzle out why Erika and Jen were treated with so much more suspicion than Teresa: their alleged crimes affected vulnerable populations like the elderly and plane crash victims, making it exceedingly difficult to feel sorry for the women accused. It’s also difficult to build a redemption arc around women who don’t seem remotely remorseful, even as they maintain their innocence. Every season needs a villain, but an argument can be made that viewers prefer their guilty-pleasure entertainment to not have real-world victims.

Then again, that argument sits somewhat at odds with the explosion of true crime TV, and only time will tell how much of a moral gray area viewers are willing to tolerate for the sake of entertainment, both on Bravo and anywhere else. The focus on legal scandal has benefitted Bravo so far, if not its stars, and it’s also true that anyone in the public eye is more likely to have a lawsuit come their way than someone who isn’t, so there’s a limit on how much Bravo can totally edit out legal issues that come their way. In a franchise committed to depicting the lives of the rich and famous, perhaps it’s no surprise at all that financial crimes are hiding everywhere in their midst — perhaps it’s even the natural outcome. But just as we want reality stars to grapple with the ethics of their actions, Bravo needs to do the same — or we may just get a scandalous re-telling of where the network went wrong in our next decade of true crime on TV.

Before you go, click here to see the best reality TV shows on right now.