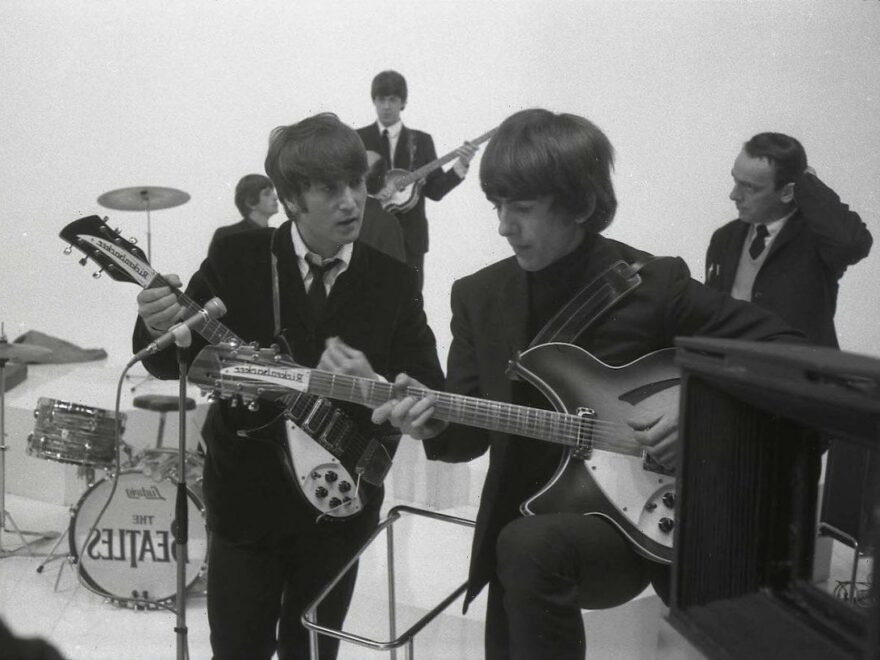 John Lennon‘s murder shook the world, but most of all, his bandmates, George Harrison, Ringo Starr, and Paul McCartney. They were all scared for their safety afterward. George retreated further out of the spotlight. However, he eventually realized he wouldn’t live in fear that someone would also assassinate him. He didn’t think anyone would want to murder him. Unfortunately, George was wrong. 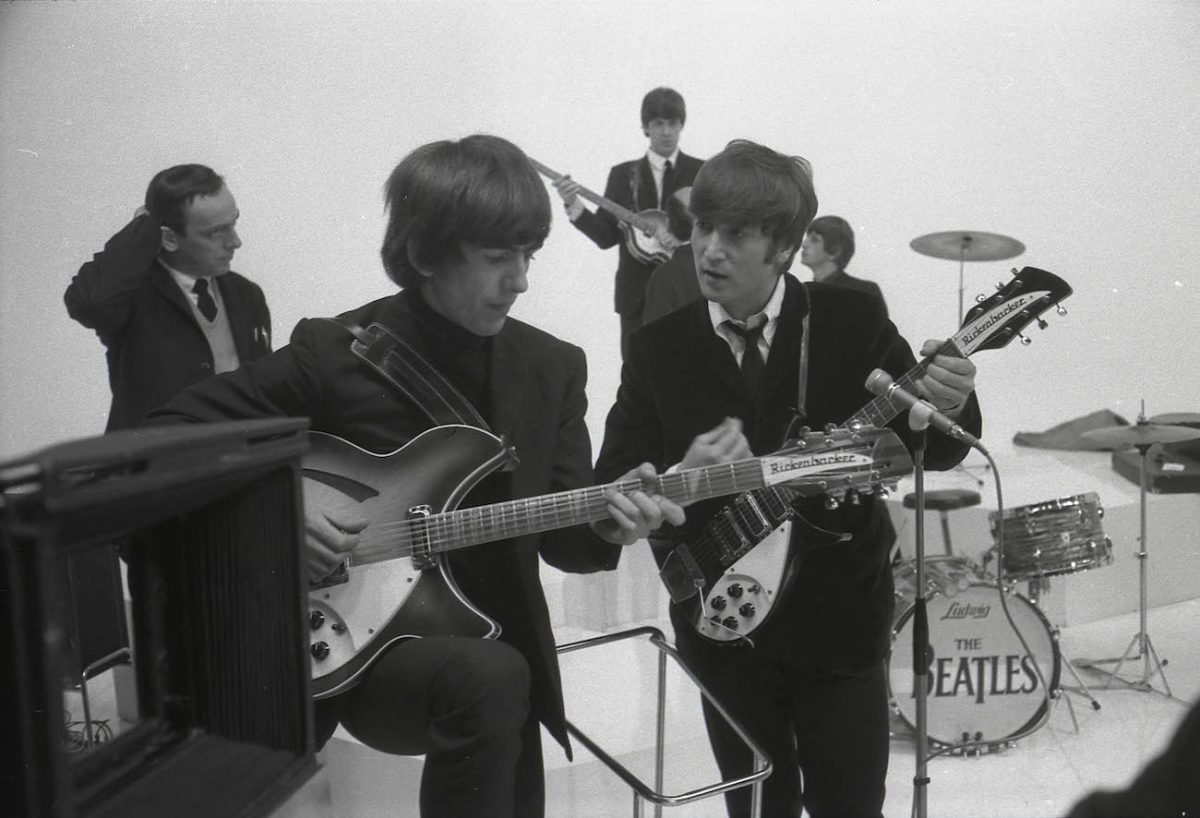 George was in bed when he got a call that John had been shot. He went back to bed to get away from it all, but when he woke up again, nothing had changed. John was still dead. George became angry. His friend didn’t leave his body the way he should’ve.

In Martin Scorsese’s documentary, George Harrison: Living in the Material World, George’s wife Olivia said, “George put so much emphasis and importance on the moment of death, of leaving your body. That’s really what he was practicing for.”

George said losing John was like “losing your parents or anybody you love.” He said in a 1987 interview, “All things must pass. But when it’s taken in a violent way like that, by somebody else, it makes it very strange.”

Michael Palin added, “For a while afterwards, George was extremely concerned about his own safety. There’s plenty of cranks out there who think carbon copy shooting. ‘Maybe we can get two or three of them now.’

“All those nasty things, which you sort of laughed at before Lennon’s death, suddenly must have become rather more serious. I think it was a bit more difficult to get in to see George for a while after that.”

The Sunday Times recently wrote that soon afterward, George bought a house in Hawaii and built a house on Hamilton Island, off the coast of Queensland, Australia. “Yes, there was grief, but there was also fear,” the publication said.

There was an initial concern following John’s murder, but George realized he wouldn’t live in fear. 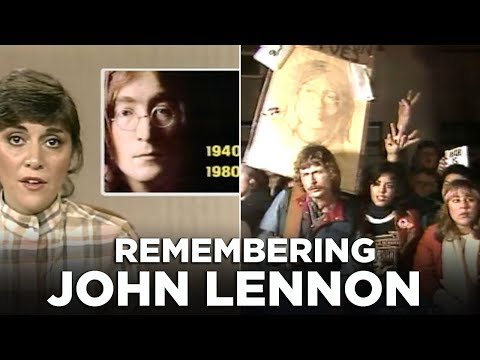 After John’s murder, George didn’t want to live in fear and didn’t think anyone would want to murder him

Although George retreated further out of the spotlight following John’s death, he didn’t want to live in fear.

“Everybody likes to say, ‘OK, one of your best friends got assassinated, so surely you must be nervous about being assassinated too,” George continued. “You know, I like to take care, but I don’t walk around fearing for my life.”

George didn’t think anyone would want to murder him too. “I don’t think anybody could be bothered killing me,” he said. “What’s the point of killing me? There’s nothing. I don’t feel that important.”

Unfortunately, George was very wrong. There was someone who wanted to murder him. In 1999, 19 years after John’s murder, George and Olivia almost died during a home invasion.

On Dec. 30, 1999, Michael Abram, a 33-year-old Liverpudlian, scaled the fence of George’s home, Friar Park, near Henley-on-Thames, Oxfordshire. He entered the mansion at about 3:30 in the morning after throwing a statue through a window.

George and Olivia woke and confronted the attacker. Abram stabbed George multiple times until Olivia hit him over the head with a poker. Authorities later discovered that Abram had planned the attack.

In court, prosecutor Simon Mayo said (per the Independent), “The central issue for you to resolve is whether at the time of that incident, the defendant was sane or insane. The defendant apparently believed that he was being possessed by George Harrison and he had been sent on a mission by God to kill him.”

Abram was released from a mental hospital in 2002 and apologized to the Harrisons. George, spiritual in nature, didn’t let the attack affect him. 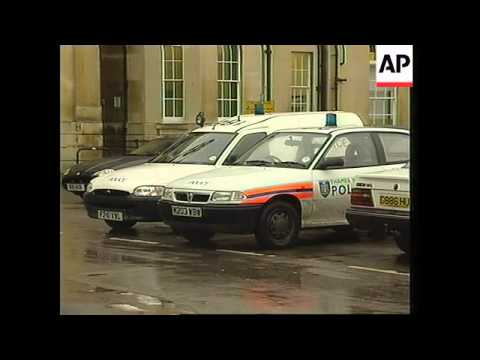 George knew his bandmate was OK

After coming to terms with John’s murder, George knew his friend was OK.

During a 1988 interview on Aspel & Co., George said, “I feel not so bad about it. Unlike Ringo, when I went to Rishikesh in India, I went into meditation and had some good experiences.

“I believe what it says in the Scriptures and the Bhagavad Gita it says, ‘There was never a time when you didn’t exist, and there’ll never be a time when you cease to exist.’ The only thing that changes is our bodily condition. Soul comes in the body, and we go from birth to death, and it’s death, how I look at it, is like taking your suit off. The soul is in these three bodies, and one body falls off. I feel like that; I can feel him around here.”

George said he knew John knew this too. He and George hadn’t talked for a while. However, The Beatles experienced enough spirituality to know those things. “I know John was-he knew who he was,” George continued, “that he was a soul that happened to be in this body for this period of time.

“It’s just the method by which you die. I think it’s nice if you can consciously leave your body at death as opposed to just some lunatic shooting you on the street or having a plane crash, something like that. I think it’s unfortunate the way he went out. But it doesn’t really matter. He’s OK, and life flows on within you and without you.”

Unfortunately, George was attacked after thinking no one would murder him like John. However, unlike John, George was given a chance to leave his body the way he wanted during the attack. When George was lying on his floor, bleeding out, he started to let go of his life.

Fortunately, George didn’t die. However, when he eventually did in 2001, he lit the room. All that matters, though, is that John and George are together.