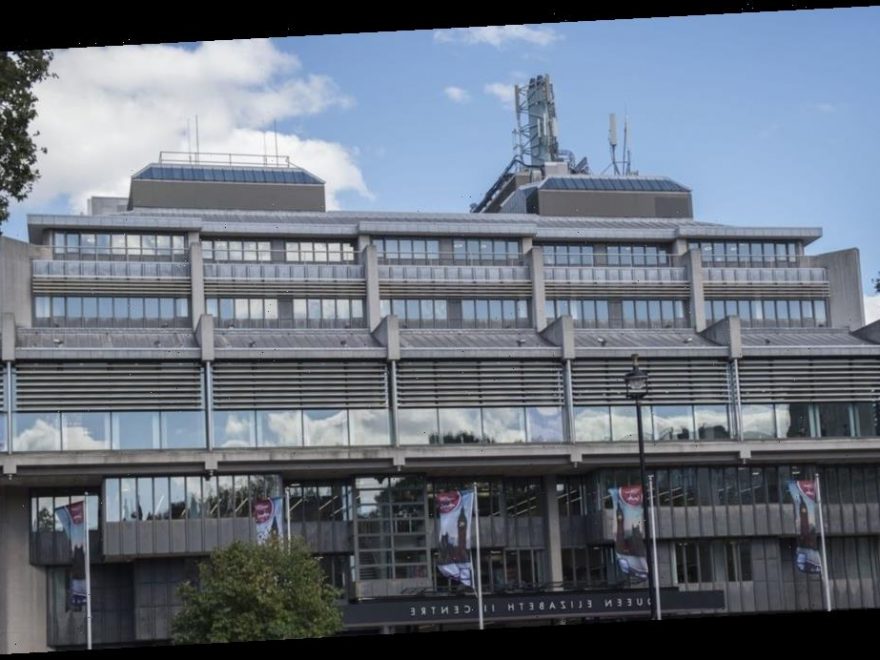 Hundreds of people who attended a conference next to the Houses of Parliament have been warned they could have coronavirus.

Two Labour MPs who attended the bus conference put themselves in isolation today amid fears they may have been exposed.

One of the UK’s nine confirmed cases was among 250 delegates at the event in the heart of the capital before they realised they had the deadly virus.

Former Commons Transport Committee chairwoman Lilian Greenwood and backbencher Alex Sobel have “self isolated” after attending the event in Westminster.

The delegate, understood to be a man, is believed to have caught the virus at a chalet in France, where Steve Walsh, the so-called virus “super spreader” stopped over on his way back to the UK from Singapore in late January.

Health chiefs have traced people known to have come into contact with the person who was at the one-day UK Bus Summit at the Queen Elizabeth II Centre. Known as the QEII Centre, it has one of London’s largest conference halls.

So far they have found no evidence that the infection is being transmitted in the UK, having completed tracking for eight out of nine cases in the country.

Organisers wrote to attendees today under the instruction of Public Health England to inform them they may have come into contact with a person confirmed to have the virus.

Among the speakers slated to attend the Transport Time event on Tuesday February 6 were MPs and industry leaders. The patient could have infected anyone they were within two metres of for more than 15 minutes.

Dr Yimmy Chow, consultant in health protection at Public Health England (PHE), said: “One of our main priorities has been to identify any people who we think have been in close contact with confirmed cases of Covid-19 to provide public health advice, as they may be at slightly increased risk of catching the virus.

“While the degree of contact conference delegates may have had with the case is unlikely to have been significant, we have taken a precautionary approach and informed them of the situation.”

In an email, delegates were told to stay indoors and avoid contact with others if they were symptomatic.

The Transport Times email said: “While the degree of contact you may have had with the case at the summit is unlikely to have been significant, we are taking a precautionary approach and informing you.”

Roads minister Baroness Vere of Norbiton gave the keynote speech at the conference.

A further five TfL bus chiefs were also among the attendees.

Labour MP for Leeds North West, Alex Sobel, said he attended the UK bus summit in London and has called NHS 111 to be assessed.

A statement from Mr Sobel’s office said: “As neither Public Health or the event organisers could confirm or deny whether Alex was in close proximity to the person, Alex decided to take reasonable action in the circumstances.

“The official advice in this circumstance is to self-isolate, call 111 and receive an assessment.

“As Alex is a public figure who comes into contact with many constituents, as a precaution he has cancelled all public engagements, including constituency surgeries until the 14-day incubation period is over.

“Alex has spent the afternoon in isolation in a room in his office away from staff. After receiving advice from 111 and being established as low risk, Alex will not remain in isolation, but will stay away from public engagements as a precautionary measure.”

Mrs Greenwood tweeted: “8 days ago I spoke at the UK Bus Summit. This morning I received this advice from Public Health England. I’m feeling completely well but to be extra-cautious I’m cancelling my public engagements until 20th February. Sorry for any inconvenience.”

The country’s health commission said 63,581 are now infected. In the UK a Chinese woman who turned up at a London hospital became the ninth confirmed case.

A further six have been infected in Brighton, including two doctors, as well as two Chinese people in York.

One of the health workers came in to contact with Stephanie Adlam and her eight-month-old son James at Worthing Hospital, West Sussex. James was then admitted again on February 2 and they have been told to self-isolate at home.

In the UK a total of 2,964 people have been tested, of which 2,955 have been confirmed negative and nine positive.

It comes as United Airlines confirmed it offered assistance at Heathrow Airport on Friday after a passenger fell ill on one flight.

Reports on social media suggested the person involved may have had symptoms of coronavirus.

At least one more plane has been held at Heathrow for checks.

Tokyo Olympic organisers have there is “no plan B” for the 2020 Games, which are due to open in just over five months but have been jolted by the outbreak of coronavirus in neighbouring China.

Japan on Friday vowed to step up testing and containment efforts for the coronavirus after suffering its first death.