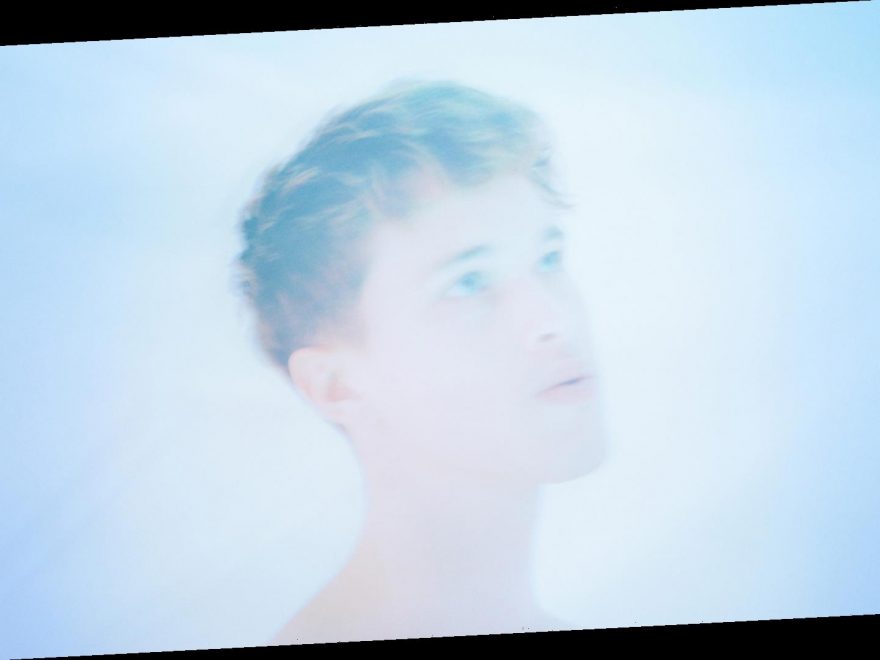 Life After Pop is a tricky proposition, especially for those who are thrown into Top 40’s tornado at a young age. But in some cases, an early, disenchanting brush with the commercial mainstream can be galvanizing, providing a source of direction — even if it’s just away from what came before.

Take Ryan Beatty. As a teen, he racked up millions of views with YouTube cover songs, then jumped headlong into the Top 40 pop game, turned against it, and split from his management. No surprise, then, that two years ago he decided that things had to change. “At the time, I had nothing to lose,” Beatty says. “The music industry felt so distant to me.”

That’s when he started recording his new album, Dreaming of David, a work of reintroduction and repositioning. It’s a world apart from the breezy singles Beatty lobbed towards Radio Disney during the first half of the 2010s — and even a hop and a skip from the crisp guitar pop on his 2018 album Boy in Jeans. Beatty’s latest often evokes the soft, languorous music that thrived in England in the second half of the Eighties; think Prefab Sprout’s “Desire As” swaddled in harmonies and mixed for modern ears. The reverie is occasionally destabilized by lurches of club music, but Beatty always returns to his strengths — pretty and unhurried ballads, with meticulously massed vocals flanking a plaintive lead.

He started working on Dreaming of David early in 2018, still creatively restless after completing Boy in Jeans, which wouldn’t come out until the summer. When Beatty knocked out a song he liked — it later became “Backseat” — in a day’s session with help from Daniel Fox and Austin Anderson, he decided to book more studio time with the pair, who play together in the band Slow Hollows. “We meshed really well,” Fox recalls. “He pitched us basically: I want to do a whole record together.”

Beatty went into the sessions with a goal in mind. “I love anything that’s very vocal-forward,” he says. “I wanted the vocals and production to feel equal to each other.” But where lone lead parts have ruled the mainstream for more than a decade, Beatty stacks his own voice repeatedly on Dreaming of David — wielding harmonies for added heft rather than decorative filigree. This sometimes has the possibly unintentional but entirely pleasant effect of making Dreaming of David sound like a boys choir paying homage to 1990s R&B vocal groups; in particular, a snippet of opener “In the End” evokes a scrap of Jodeci’s “Cry For You.”

At the same time, in another departure from the fast-churning release schedules common today, Beatty wanted to stew on the album, rather than finish it quickly and move on to the next one. “I’m a very impatient person,” he explains. “Through this whole thing I had to allow silence, allow boredom to play a part. I had to allow myself to take my time. That was honestly something really difficult.”

In some cases, this meant returning to songs as much as a year after Beatty started them. “Shimmer,” an acoustic plea, “sat for a long time,” he says. “I’d constantly listen to it, question it, feel it out, think about what we could do with it.”

A bonus for the new direction was that Fox and Anderson didn’t know much about Beatty’s previous work, so they were blissfully ignorant about what their collaborator “should” like. “Most good ideas that you end up having in the studio are jokes first,” Fox explains. “Pitching a joke is way easier — it protects you from feeling stupid. We were sitting there like, ‘wouldn’t it be funny if you did a guitar solo over this?’ At first it was stupid.” But they all liked the riffing, so they kept it in the recorded version of “Hawkshaw.” A similar “what if we tried…” led to the unexpected drum-and-bass ending of “Evergreen.”

But Dreaming of David is anything but tossed off. Beatty paid particular attention to the transitions. “In the End” is stitched closely together with “Dark Circles;” he calls the outro of “Genesis,” which includes rounds of falsetto and gently plinking keyboard, “the most comforting thing I’ve ever created.” Pacing is key, Beatty says, and that includes “those moments between each song.”

That attention to detail is characteristic for Beatty. “We got given a marketing budget [by his label] to market this ourselves, and that was overseen by Ryan,” says Kirk Harding, who now manages the singer. “He’s very in the weeds, very clear about what he’s looking for.”

“Most people are surviving off singles out there; not many albums are made these days where the sole intention is to be listened to as a whole,” Harding continues. “Some of the fans are like, we prefer the way he used to do his vocals.” But that’s ok — “the way that he wants to move now is very different.”