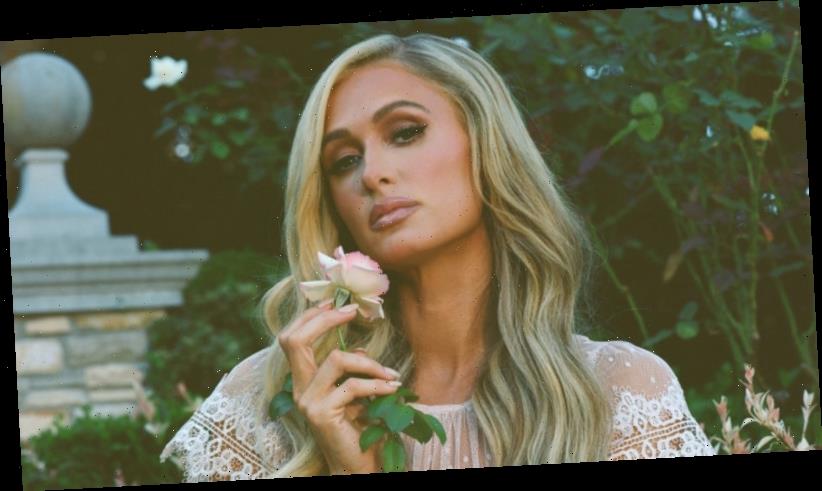 Lounging cross-legged on her bed at home in Beverly Hills, California, and wearing a turquoise hoodie, Paris Hilton appeared at ease. There were none of the affectations that have defined her public image for two decades: the flat baby voice, the tiny, shimmering outfits, the faux ditziness, the stance that everything cool was "hot."

"I built this kind of shield around me and kind of this persona, almost to hide behind, because I've been through so much where I just didn't even want to think about it anymore," Hilton, 39, said over Zoom. Behind her stood a towering mirror illuminated by a sea of LEDs that refracted off her platinum hair like diamonds.

Before there were influencers, there was Hilton: a beautiful blank slate of a person onto whom all kinds of ideas and brand sponsorships could be projected. She was the celebrity burnished, if not created, by a sex tape. She was the face of the Sidekick (and the victim of a Sidekick hack that brought more of her personal life into the public eye). She was a reality star, trying her hand at manual labor as a rich person. She recorded music, modelled, appeared at parties, made TV cameos, wrote an advice book. And she was mercilessly criticised, written off as "famous for being famous." 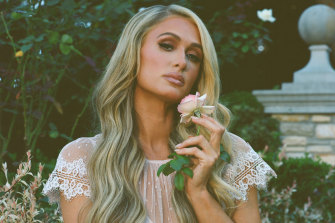 Regardless of whether that characterisation was fair at the time, it seems hard to defend now. She spends more than 250 days a year travelling the world as a DJ, raking in a reported $1 million per gig. She oversees more than 19 product lines, including fragrances, clothing and accessories. And so many people are now famous for being famous, she might now seem more venerable pioneer than contemptible fly-by-night.

Now, moreover, she's ready to talk about the past. On Monday afternoon, the documentary This Is Paris will be released on YouTube. It aims to crack the facade she created in the aughts, focusing instead on the decade that preceded her fame. 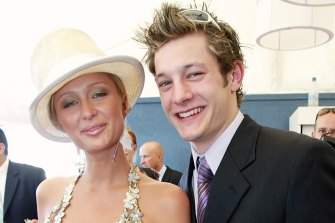 The night she arrived at Provo, Hilton recalls in the documentary, she was taken from her bed as if she were being kidnapped. She said she and her peers were routinely given mystery pills, and when Hilton refused to take them, she would be sent to solitary confinement for sometimes 20 hours at a time without clothing. She also claims emotional, verbal and physical abuse from teachers and administrators. "It was just like living in hell," Hilton said.

The school has noted on its website that it changed ownership in 2000, after Hilton was a student. A representative from Provo said the school did "not condone or promote any form of abuse." They added that "any and all alleged/suspected abuse is reported to our state regulatory authorities, law enforcement and Child Protective Services immediately as required."

In the years since, Hilton has grappled with nightmares and avoided therapy, which played a big part in her residential treatment programs. "From being at Provo and those types of schools, just the therapists in there I felt were just not good people," she said. "I just have never, ever trusted them."

The experience broke other forms of trust, too, she said. In the documentary, she can be seen installing spyware in her house before her boyfriend stays there while she's out of town. "That definitely affected me in my relationships because I just didn't know what real love was, and from being abused, you just get kind of used to it almost where you think it's normal," she said. 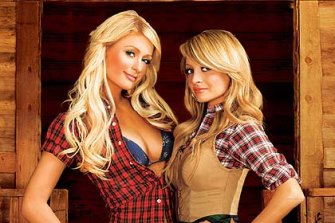 Later events reinforced that belief. When a sex tape of her and her ex-boyfriend Rick Salomon was leaked online without her consent in 2003, the footage received widespread attention, and she was ridiculed.

"To have that come out, such a private moment, and for the whole world to be watching it and laughing like it's some sort of entertainment, was just traumatising," she said. Still, in some ways, the exposure turbocharged her career as something other than an heiress, leading to reality show gigs and other deals; her friend and former assistant, Kim Kardashian West, followed the same path to fame.

"I could not be more proud of everything she has accomplished," Hilton said.

Publicly, Hilton has not always voiced support for women who have come forward with stories of abuse. But since she told reporter Irin Carmon, in 2017, that the women who accused President Donald Trump — a family friend — of sexual misconduct were looking for "fame" and "attention," her perspective has changed.

"I'm happy that there's been the #MeToo movement where people have completely changed their views on that," Hilton said. "But at the start, it was just really unfair for a woman to be treated that way because somebody exposed them."

She masked her emotions. "In every relationship I've always been like: 'Oh, this is amazing. I've never been so happy,'" she said. "It was just something I would just say to the world, even when the worst things in the world were happening to me in my relationships. I didn't want anyone to know because I didn't want my brand to be affected." 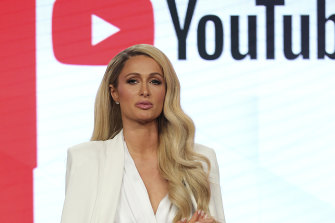 The documentary, This Is Paris, will premiere on YouTube on Monday.Credit:AP

Originally scheduled to premiere at the Tribeca Film Festival in April, This Is Paris is one of a handful of celebrity documentaries and docu-series to be released by streaming giants in recent years. Taylor Swift, Demi Lovato, Justin Bieber and the Jonas Brothers have all joined Hilton in giving an "inside look" at their lives.

Of course, depending how involved celebrities are with their documentaries, a compelling narrative can be a way to build up or defend their public image.

Susanne Daniels, YouTube's global head of original content, said she didn't see these documentaries as a "defence.""They know that their image is complex, and at some point, they're ready to share all the complexities of why they've made the choices they have," she said of the celebrities. "To a certain extent it can be considered brave." 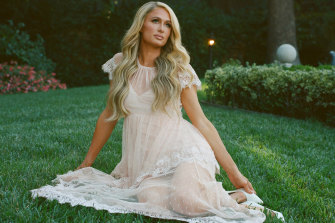 For Daniels, every documentary YouTube takes on is "a leap of faith" that there will be a "surprise or twist.""I thought to myself, 'OK, either this is a really good hook that these producers created because they're really good producers, in which case maybe they could make it work, or just for real, it's going to be incredibly compelling," she said. She was won over. "I hope the audience is, too, because I think Paris is deserving of that revelation," she said.

Now, Hilton hopes to use her brand for good. She wants to expose institutions that administer cruel psychiatric treatment to minors, working with former students who said they had similar experiences to do so. "I'm really going to dedicate a lot of my life to helping make this happen and shutting these places down," she said.

She's no longer interested in playing a character, she said: "I'm happy for people to know that I am not a dumb blonde. I'm just very good at pretending to be one."