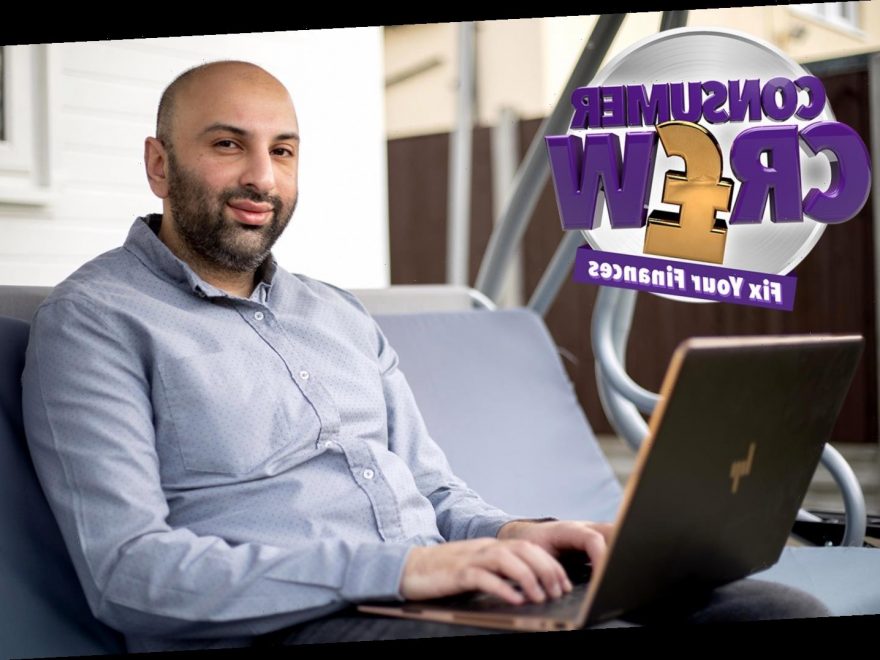 Like millions of others in the pandemic, Jay had just been told on a Zoom call that he was being made redundant. 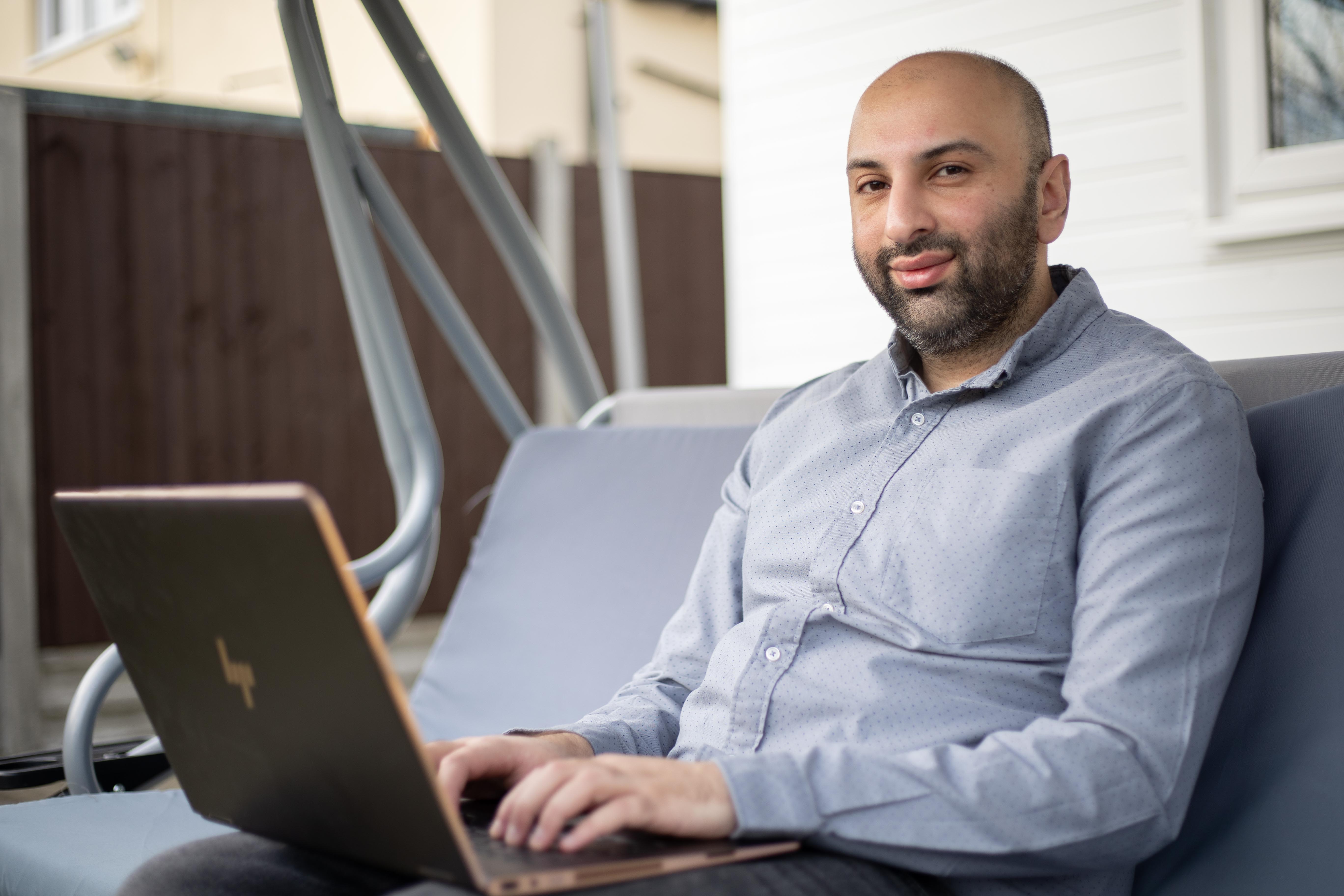 As part of our Fix Your Finances series we are highlighting stories to help our readers get back on track with money.

The 32-year-old, from Leicester, had worked as a mortgage advisor at a large UK bank for several years.

But he got into debt last year after buying a house in need of renovation.

The costs spiralled and with now with no income he had no idea how he'd pay off his debt or support his family.

THE SUN’S Consumer Crew series is here to help you Fix Your Finances.

We want to help make you richer in 2021 by transforming your finances.

As always, we will fight your corner. Next week our our Consumer Crew panel will also be on hand to help answer your money questions or problems.

Send your questions to: [email protected] 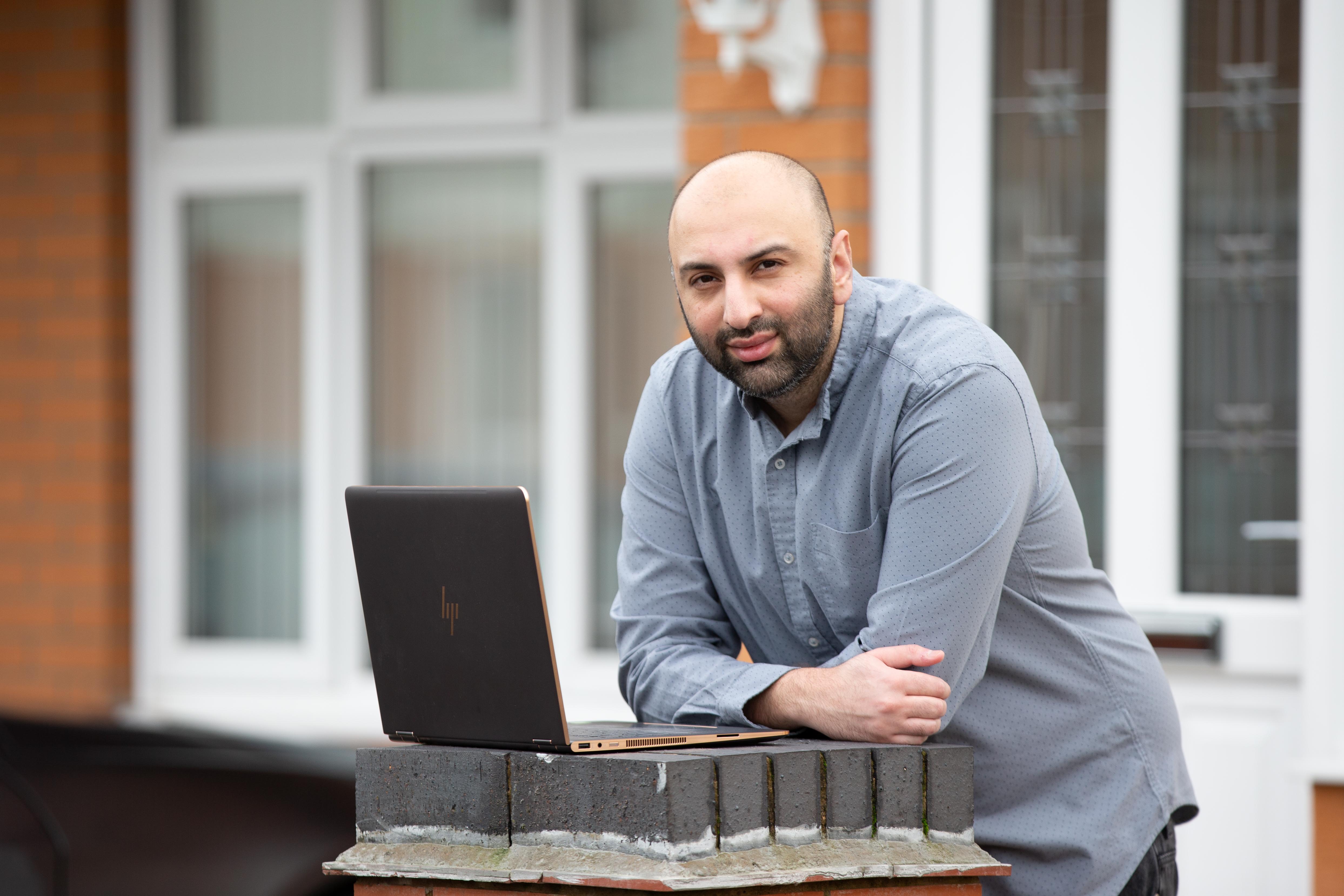 "The most stressful time was when my bank statement would come through the letter box," Jay says.

He added: "I would avoid logging on to see my balance online, but having the bit of paper come through the letter box made it seem very real.

“I'd worry all day long about how on earth I was going to pay it back.

“I had plenty of sleepness nights and felt incredibly stressed.

“It wasn't just the debt but the worry of finding a job – there were zero opportunities during lockdown."

The debt built up in 2019 as Jay tried to renovate a new home.

He wasn't too worried at first. He had a good job – earning around £2,500 a month – and was gradually paying it off.

'The pandemic changed everything'

"But when I lost my job, everything changed," he recalls.

"When coronavirus first arrived in the UK, we were reassured our jobs were safe, but then I was called into a virtual meeting with my whole team and told I was being made redundant.

“Forty of us were told we had to go. The pandemic changed everything.

“A job I thought was safe just came crashing down around me. Nothing was certain anymore. 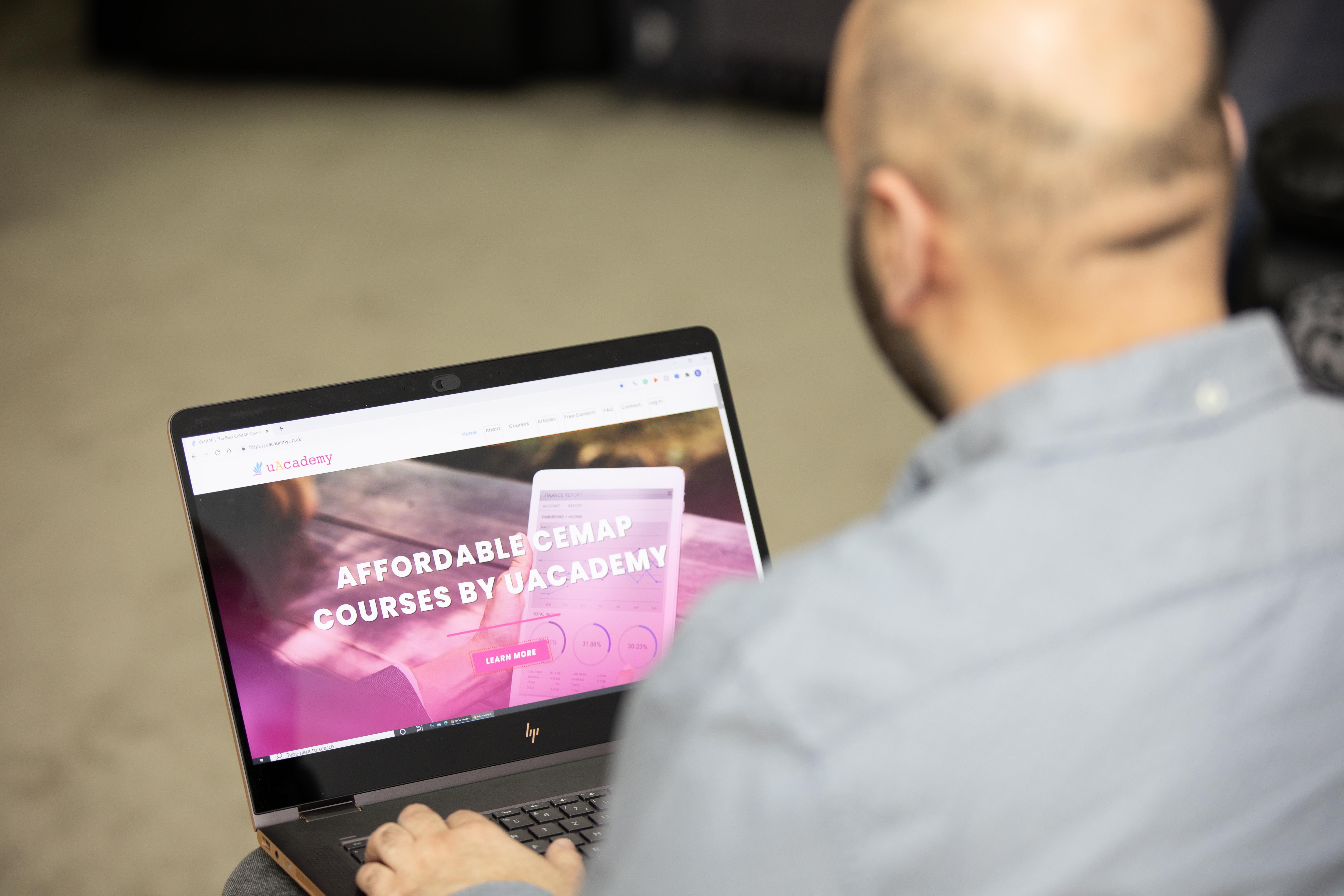 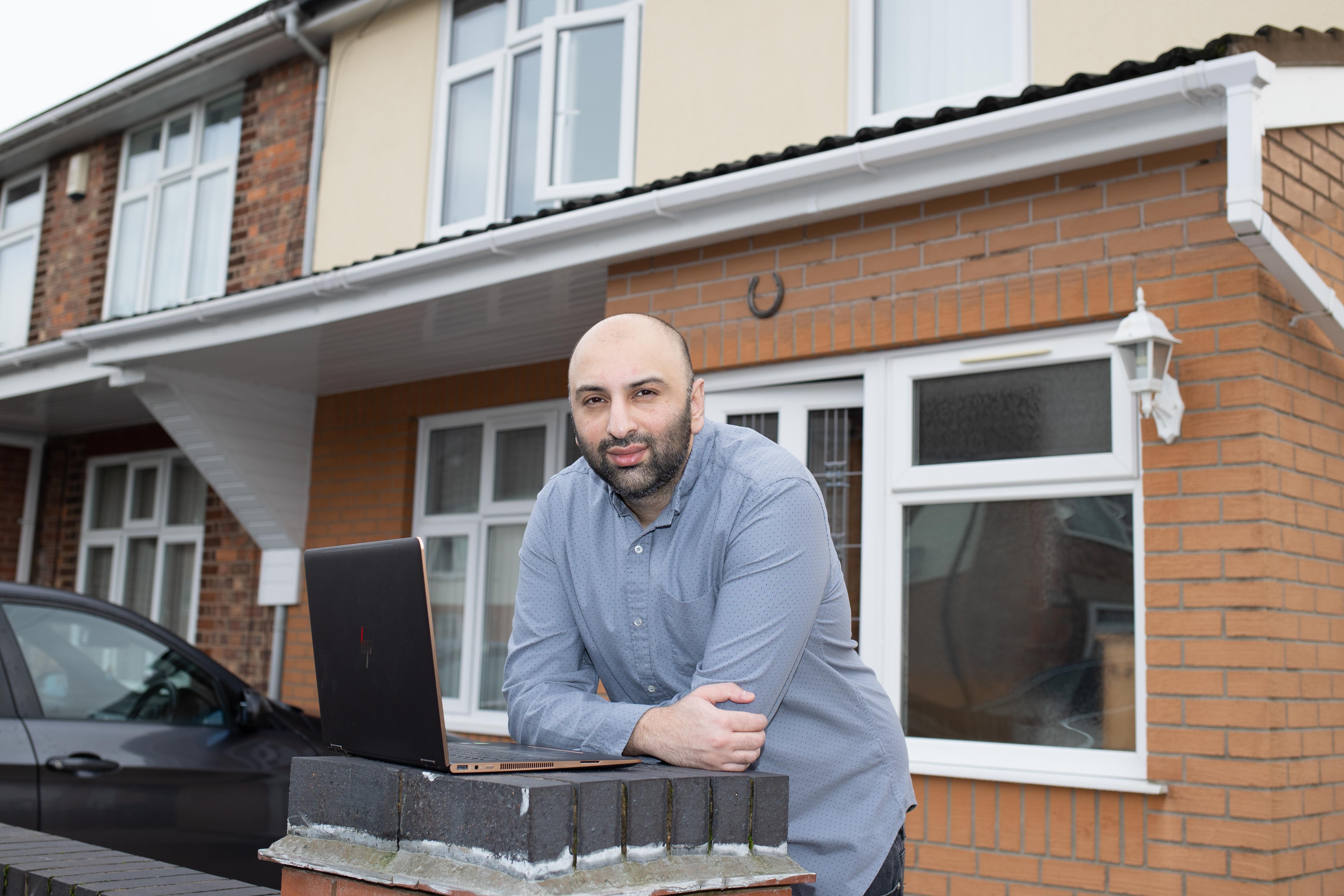 "My wife Divya, 28, is studying microbiology and we have a three-year-old son, Shae.

“We had no other income. It was down to me to pay the bills and I worried about how I'd put food on the table.

“I had no savings left and knew it wouldn't be long until I'd have to ask family or friends to help.

"There's never a good time to lose a job but it seemed especially difficult during lockdown. I started looking around for other roles but everything was closed.

“There were no opportunities and my prospects were bleak.

“I decided I had to try and ride out the lockdown and hoped that when it came to an end, I'd be able to find a job.

"I had to apply for Universal Credit in the meantime, but the application takes time and that was a worry too."

As large parts of the economy have been shut down to battle Covid-19, many workers, like Jay, have been laid off.

It's estimated more than 6.5 million jobs could be lost due to the economic fallout from the pandemic, according to one study by the Institute for Social and Economic Research at the University of Essex.

Millions of others at risk of redundancy have been furloughed, often on reduced pay, which is subsided by the Government.

Jay helped care for his son when he lost his job but as he had a little time on his hands, he watched YouTube videos and taught himself how to create a website.

How to cut the cost of your debt

IF you’re in large amounts of debt it can be really worrying. Here are some tips from Citizens Advice on how you can take action.

Work out your budget – by writing down your income and taking away your essential bills such as food and transport
If you have money left over, plan in advance what else you’ll spend or save. If you don’t, look at ways to cut your costs

Your rent, mortgage, council tax and energy bills should be paid first because the consequences can be more serious if you don't pay

Get advice – If you’re struggling to pay your debts month after month it’s important you get advice as soon as possible, before they build up even further

His business, uAcademy, offers online courses for aspiring mortgage advisors and a £99 course for those looking to go into property development.

"It was something I'd wanted to do for a couple of years but working full-time I'd just never had the time. This gave me the push to do it.

"Like many office workers, I've used things like Microsoft Office before but I've never really been into computers or had an interest in creating websites.

"I didn't expect anything to come of it and it took a couple of weeks to get any visitors at all to the site," he says.

"I started to get a few hits after two weeks, but still they weren't buying anything.

"In June, I got a few sales but then my website was mentioned in a BBC news report and things took off quite quickly.

"There was a lot of traffic going through the website and lots of people were signing up to courses.

"I was sad in a way as a lot of people had lost their jobs and were looking for something new to do. But I was glad I could offer them help, a potential way out.

"There is a lot of interest in online learning at the moment. People want to learn new skills and find a new career."

Losing my job was almost a blessing in disguise

Chancellor Rishi Sunak expects Britain's economy to shrink by 11.3 per cent in 2020 – the largest fall for 300 years – and a host of companies and High Street names have had to announce painful job cuts.

But record numbers of people, like Jay, are setting up businesses on their own.

According to analysis by the Centre for Entrepreneurs, nearly half a million companies were launched in the UK between march and September this year, an increase of 44,500 compared to the same period in 2019.

So, for some, the pandemic has led to new opportunities.

'I'm still in shock I've managed to set up a business'

"I was thrilled that I was making as much as I had in my previous job," he says.

"I'm still in shock that I've managed to set up a business with that kind of income and it all happened by accident.

"I also offered the course on Groupon, which generated over 300 sales.

"I never had to claim benefits as by the time my appointment came through, the website was making some money.

"I've already managed to pay off all my debt which is such a relief and I'm now making sure to put away some money for a rainy day.

"Losing my job was almost a blessing in disguise as now I can provide a better future for my family."

Jay runs the business from the box room of his semi-detached home in Leicester.

"I get up early and work until late in the box room," he says.

"Shae was home during lockdown too so it was hard at times as I had to help look after my son as well. Life has been a juggling act.

"My wife is proud and relieved the bills are paid. She still doesn't really get what I do.

"It's hard to explain to people that sometimes you can make money online, without leaving the house.

"It is still quite new to me too, I'm learning as I go along. It has been a steep learning curve.

"There are a few drawbacks. I spend a lot of time by myself. I don't see friends and colleagues in the office. I've set up the entire business from the smallest room of the house.

"I'm now trying to invest some money back into the website to make it bigger and better. I'm hoping to expand in the new year."

For more info, go to: uAcademy.co.uk.

A mum-of-two who suffered sleepless nights because of her £21,000 credit card debit recently revealed how she paid it off in eight months.

Meanwhile, a freelancer paid off £24,000 worth of debts in the same period by using the "snowball method" and making a debt diary.

While another mum paid off £16,000 debt in just two years – and she's shared her tips on how you can get debt-free too.