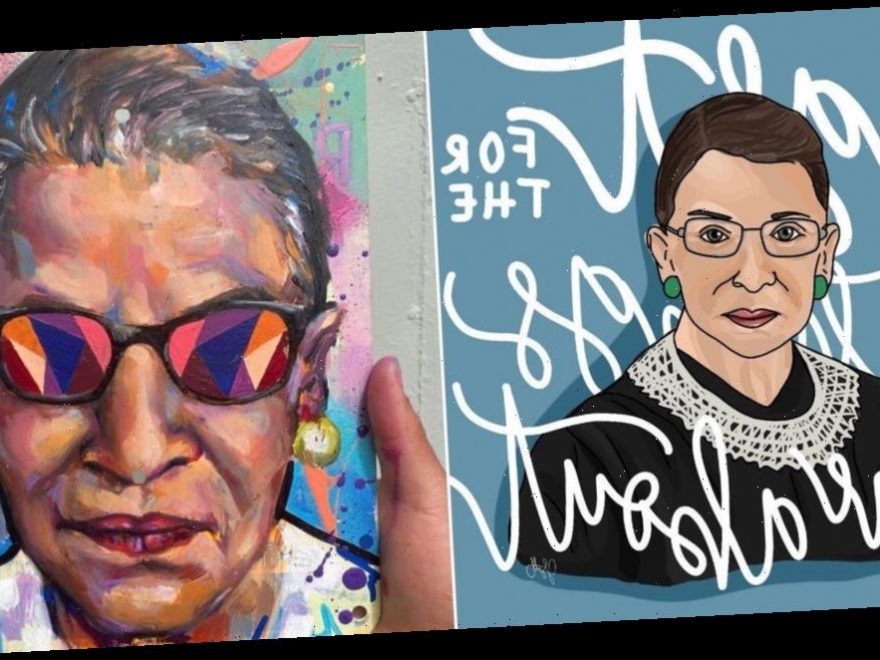 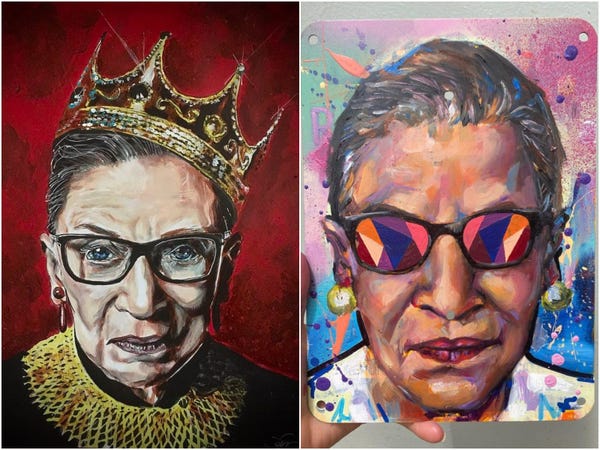 Many Americans are paying tribute to Supreme Court Justice Ruth Bader Ginsburg, who died on Friday at age 87 due to complications with metastatic pancreatic cancer.

Ginsburg was the second woman to be appointed to the US Supreme Court and spent her career championing gender equality and women's rights.

Artist Jess Schweitzer shared via Twitter a series of drawings she made of Ginsburg, which show the Supreme Court Justice in front of colorful backgrounds decorated with one of her many famous quotes: "Fight for the things that you care about."

"[She was] a woman who worked until she died trying to fight for equal rights," Schweitzer told Insider. "The only way I can express my gratitude is by sharing art."

Artist Naina Hussain shared artwork of Ginsburg via Instagram on Saturday. Hussain told Insider that she saw Ginsburg as a pioneer in a male-dominated field.

Ruth Bader Ginsberg (1933-2020): “Fight for the things that you care about, but do it in a way that will lead others to join you.” Rest in Power. #girlsmakingmagic

"She has been an iconic feminist voice and has inspired so many women like myself to fight for and push toward what they deserve," Hussain said.

On Friday, artist Joel Tesch shared a painting that he made of Ginsburg wearing a crown in a riff on an iconic 1997 photo of rapper Notorious B.I.G. He said that his work was inspired by the cover of the 2015 New York Times bestselling novel by Irin Carmon and Shana Knizhnik, "Notorious RBG: The Life and Times of Ruth Bader Ginsburg."

Tesch shared that Ginsburg has meant a lot to him and the women in his family.

"I've got three daughters and a wife, and we think about everything RBG did for gender equality," Tesch said. "She's been a huge figure for us in our family."

Kelly told Insider that she wanted to honor Ginsburg as a "true icon."

"As a female artist in a field which is predominantly occupied by men, I recognize her especially as a hero for women," Kelly said.