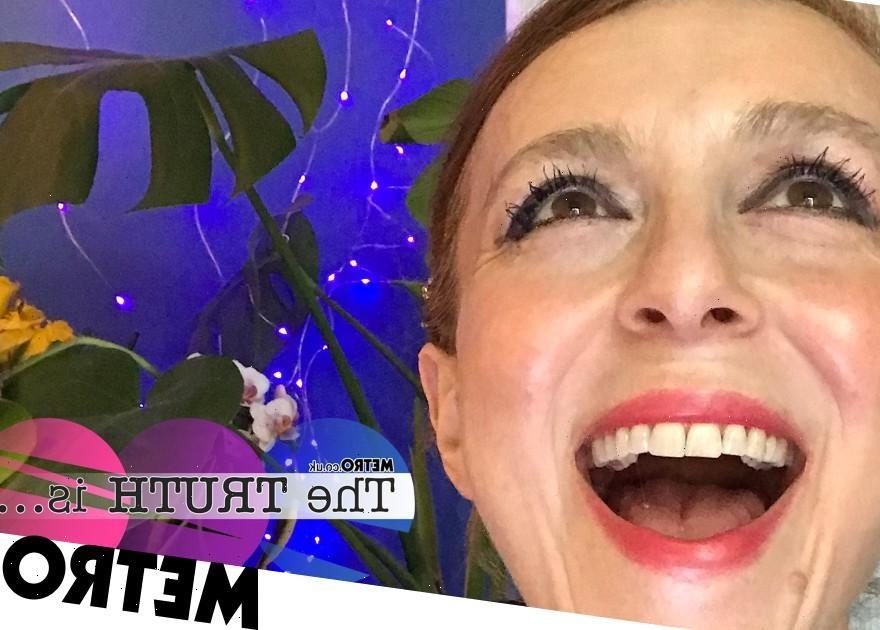 ‘If you want to find a husband,’ my grandmother once told a 12-year-old me, ‘you need to keep some secrets.’

In her view, a woman had to create mystique to be desirable. It was only through staying quiet about her feminine struggles that she could maintain her power in both personal and professional arenas.

Secrets included: Never talking openly about periods and sanitary products, make-up or corrective undergarments, and never, ever, ever telling a man your real age.

Even before I was a teenager, I felt that being a woman held a lot of responsibility; a heavy burden.

It wasn’t just my grandmother; from the movies and novels of my childhood to hearing about a work colleague’s regular forehead injections in early adulthood, the message was very clear: romantic interest could only be sustained with mystery and secrets, particularly around age.

I learnt from the women in my family that we had to look younger than our husbands – so, I’d be ‘stupid’ to marry a younger man because I’d end up looking older than them.

I eventually married a man seven years older than me – someone who, according to my grandmother’s calculations, I’d soon look the same age as.

It wasn’t just that youth was the highest commodity, but that feminine youthfulness was more attractive to men. (Maybe this has always been about the men.)

Despite the pervasiveness of all this anti-ageing messaging, I knew that this was not a race I wanted to compete in – also, I was never any good at keeping secrets.

So, I’ve never lied about my age or refrained from discussing my periods or other female stuff, and only committed to dyeing my hair for grey coverage in my forties.

In a recent interview for an author profile, I was asked to ‘divulge’ my age. Divulge. That very word already suggests that I’m hiding something – something private or sensitive. And if I’m not already hiding my age, maybe I should be?

My husband was looking over my shoulder as I was filling out this questionnaire. (This is OK, actually, because he’s my proofreader.)

I heard him say: ‘Don’t tell them your age!’

To which I replied: ‘Why not?’

‘Well, at least don’t say you’re 51! Everyone has a pre-conception of what a 51-year-old woman is like: saggy, grey, slowing down, less capable, less attractive, having outmoded ideas…’ 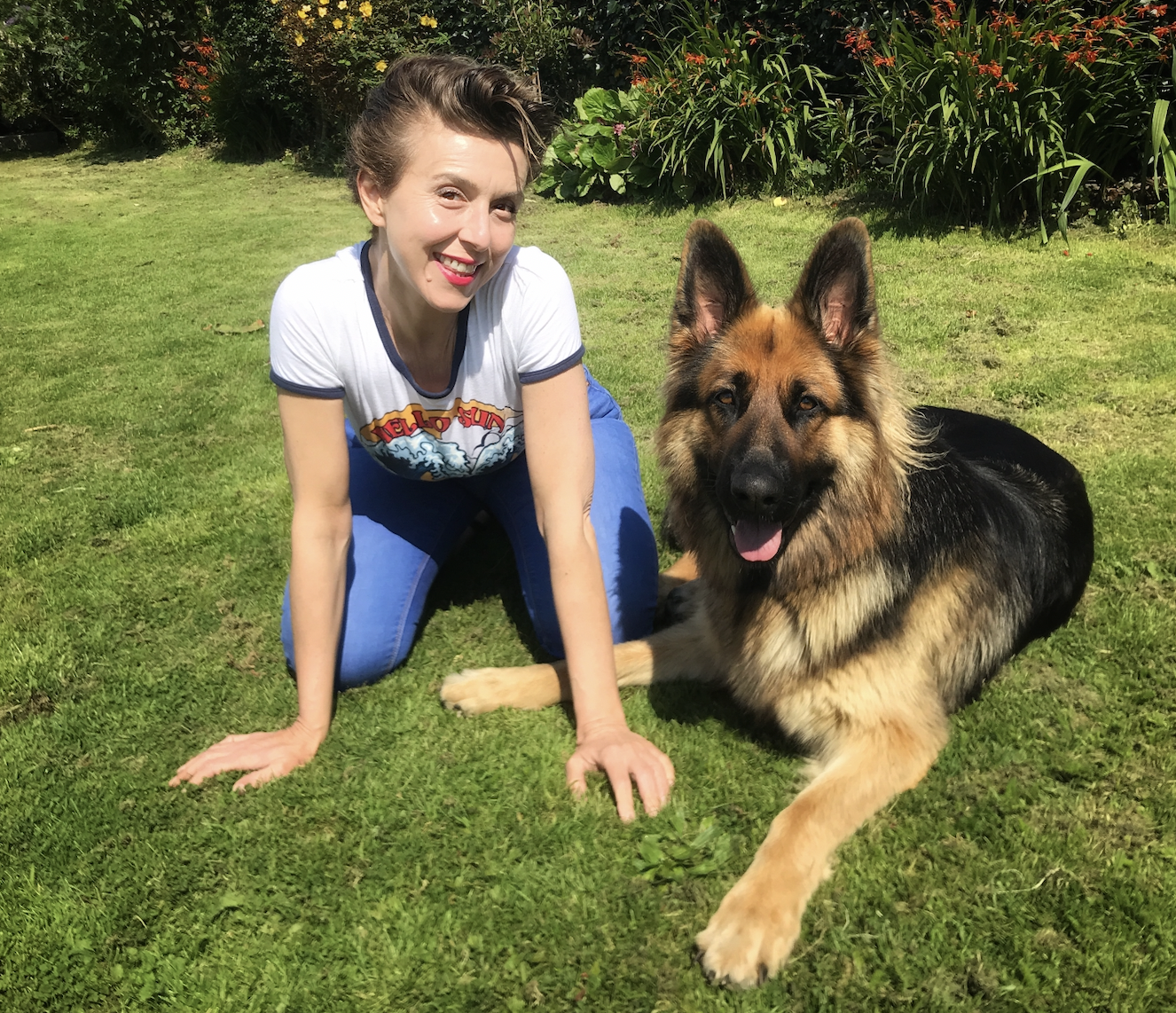 There’s a whole other sort of baggage that comes along with people thinking you look older than you are: the assumptions and accusations of personal negligence – me not taking care of myself, not using the right creams, or not drinking enough water.

Still, after mulling it over, I ignored his advice and submitted my real age – 51. It was harder than divulging my age in years gone by… but I wanted to test my courage.

Later, I chatted with a friend about the age question on the interview and she said she never shares her real age with colleagues and friends alike.

It was only then I learnt she was turning 40. ‘Everyone says I look younger, so I’m happy for people to think of me as a 32-year-old,’ she reasoned. ‘It just sounds better, happier, cuddlier, more lovable, more hopeful somehow.’

I checked my own assumptions. Did I think differently about her now? Maybe, I did. But only for a bit. Maybe I made a quick judgement: she looks great for her age but is she also great in other areas of her life?

For a minute, dear reader, but only for a minute, I panicked. I lost my courage. Would people see me differently? Would they judge me? Would I no longer inspire hope in my fellow human beings if I told them I’m 51?

I texted the editor of the interview: ‘Am I still able to make a tiny change?’ Just a tiny white lie about my age…

While waiting for the response, I Googled for advice on the age-reveal conundrum and was reminded of a famous anecdote about Gloria Steinem, co-founder of the American liberal feminist Ms. magazine.

When told she ‘didn’t look 40’ by a reporter who asked her age, Steinem replied, ‘This is what 40 looks like – we’ve been lying for so long, who would know?’

The more we lie about our age, the more we contribute to the narrative about what women ought to look like. We need to be honest so we can finally change that story.

I told the editor no changes were required.

I guess the commitment to telling my age is also generational. I am a Generation X woman and a third-wave feminist via my liberal arts education. So, despite my grandmother’s stories about ‘keeping secrets’, growing up in the 1970s and 80s meant my real education was in the tradition of radical truth-telling about women’s issues: body, brains, sex, and age.

My adult sense of being a woman in a romantic partnership meant total equality and that meant sharing everything: the good, the bad, and the ageing.

But this age honesty can be a real risk. You risk losing power. You risk being devalued and I mean devalued personally, romantically, socially, and even culturally.

I’ve heard countless stories of husbands leaving wives for younger women, or men finding younger women attractive. While men were happy to start again, it seemed that the women I knew or read about felt too old to find a different job, make a career change, get a divorce, start again, or just be single.

When I eventually saw my interview in print with the number, 51, right there in black-and-white, I did feel vulnerable: a thing that could have been kept hidden had been exposed. I felt embarrassed about my ageing.

The thing is, though, as a human being I will age – and die. This sounds like a morbid thing to say right now, but when I accept my own transience and impermanence, I find clarity and freedom and power.

Ageing is natural. A natural thing cannot be shameful.

Change is certain. I can’t change ‘change’, so I’ve made one decision: I won’t lie about my age. And I don’t have to think about it anymore. That really lightens the cognitive load and makes me happier. One less thing to worry about! And I feel I’m a better person for it.

My decision not to lie about my age isn’t just about me. As a social person, the way I live my life and what I say and do can help or hinder others. If we all lie about our age, we make it harder for other women further down the line to be accepted by men/society for who we truly are.

I’d like younger people to know that growing older is fabulous and courageous and fun and desirable.

All of that said, maybe there is one person you can lie to about your age guilt-free: yourself! A 2014 University College London longitudinal study of ageing found that older people who felt younger actually lived longer.

Perhaps, now and then, ignoring the frown lines and telling myself a white lie when I look in the mirror will do me no harm!