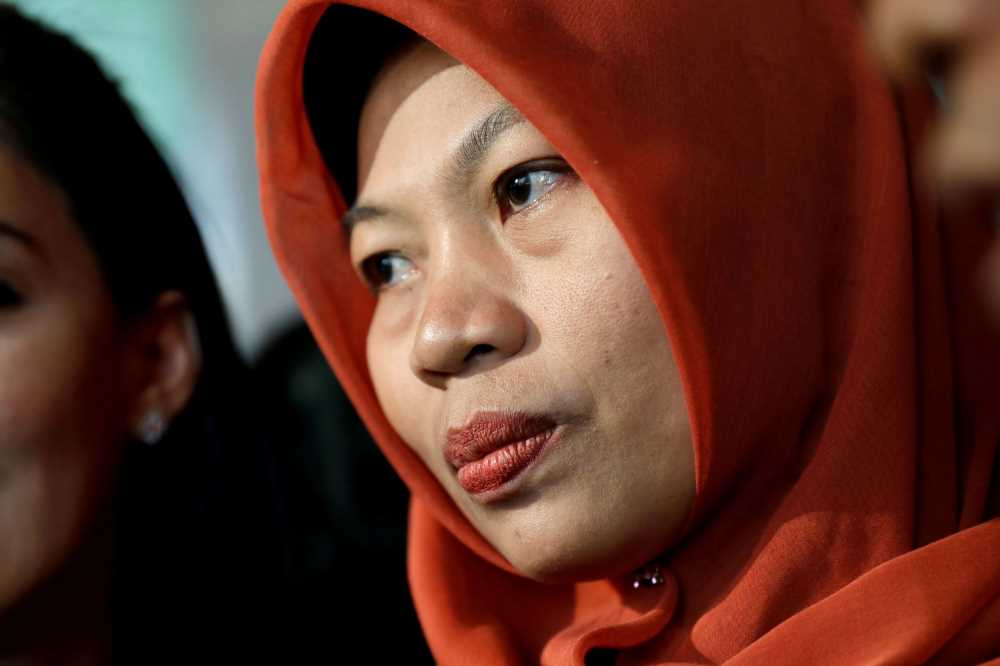 JAKARTA – An Indonesian woman sentenced to prison for reporting her employer for sexual harassment said on Monday she will ask President Joko Widodo for an amnesty.

The Supreme Court last week jailed Baiq Nuril Maknun, a former teacher from the island of Lombok, for six months for breaking a communications law, after she recorded lewd phone calls from the principal of the school she worked at and reported them to a colleague.

Maknun, who is due to start serving her prison sentence next week, told reporters she would file for an amnesty as soon as possible and she hoped the president would grant it.

“As a child, who should I go to but a father,” said a softly spoken Maknun, 41, as she struggled to hold back tears.

Indonesia is the world’s most populous Muslim country and is predominantly conservative.

While some women have recounted experiences of sexual harassment as part of a #MeToo movement, in general, women are less likely to speak out about abuse compared with women in some other countries.

Maknun had complained of getting lewd phone calls from the principal of the school where she worked from 2012, court documents showed.

She secretly recorded some of the calls and gave a recording to a colleague, allegedly passing it on via an electronic device. But that opened her up to an accusation of spreading pornography under a communications law.

Last week, the Supreme Court overturned a lower court’s decision to acquit her, imposed the jail term and also ordered her to pay a 500 million rupiah ($35,474) fine.

Widodo, who was recently re-elected for a second term, has indicated he would pardon Maknun if she applied for amnesty, but he has also asked the public to honor the Supreme Court’s decision.

Minister of Law and Human Rights Yasonna Laoly said women would not speak up if Maknun was not freed.

“If she is not given an amnesty, there are tens of thousands of women, victims of sexual assault or harassment who won’t be brave enough to report it,” Laoly told reporters after meeting Maknun in Jakarta.

The Supreme Court defended its verdict saying it was not asked to rule on sexual harassment allegations, but rather on whether or not Maknun had electronically disseminated pornographic content and violated the communications law.