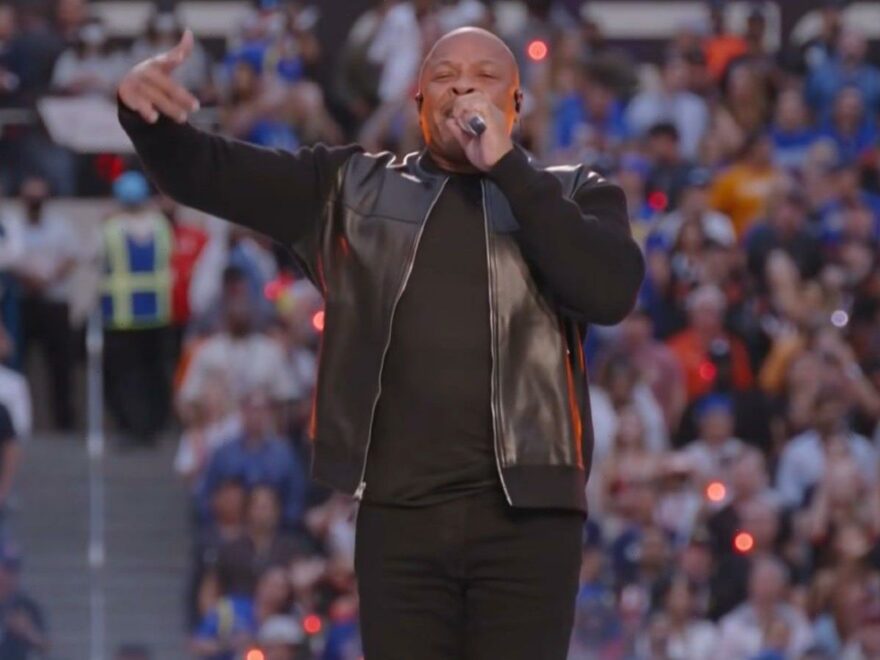 Dr. Dre is one of the most recognized faces in the music industry. As a solo artist, he has made multi-million sales of his albums. He is also a successful record producer, known for launching the careers of 50 Cent and Eminem through his label Aftermath Entertainment. During his time off from music, the artist became an entrepreneur by co-creating Beats by Dr. Dre, which Apple bought for $3 billion in 2014. He is one of the wealthiest hip-hop artists today, having amassed an $820 million fortune through his business, Apple shares, and music. Dr. Dre does not hesitate to show off his wealth through expensive jewelry, a massive car collection, and an $80 million real estate portfolio.

While he owned small homes around California during the early years of his career, Dr. Dre has built his property portfolio over the last decade by purchasing lavish homes in the most expensive neighborhoods around LA. His most expensive purchase occurred in 2014 when he bought a home from Tom Brady and Gisele Bündchen for $40 million. Let’s take a look inside Dr. Dre’s Brentwood mega-mansion.

Built From Scratch By The Bradys

Tom Brady and Gisele Bündchen tied the knot in 2009 and moved to Brentwood, California, the same year. While they lived in a rented property for some time, they purchased the land next door for $11 million. According to the Hollywood Reporter, the couple drew the plans right after purchasing the estate. The two-wing castle-like home expanded to 22,000 square feet and was built for a whopping $20 million. It expanded the original plans as the home needed to be bigger based on the area of the property.

Brady and Bündchen put the house on sale in 2013 for an asking price of $30 million. However, the amount was slashed by $10 million before Dr. Dre purchased it for a cool $40 million. The home was originally designed by famed architect Richard Landry and decorated by interior designer Joan Behnke, as noted by Architectural Digest. The home has gone through a few renovations to suit the needs of Dre and his family. While the interior has been through several changes, the exterior remains as majestic as ever.

A Grand Abode For A Grand Artist

Similar to a palace, the property’s entrance can be reached by a moat and bridge. The exterior also features a sprawling driveway and a waterfall. Inside, the home has six bedrooms, a gym, and even an expansive library, as stated by Page Six. The estate boasts seven fireplaces, most notably in the living room and a state-of-the-art kitchen. The outdoors has an infinity pool overlooking the Pacific Ocean and an al-fresco kitchen by the lounges to enjoy a day in the sun.

The Master Suite is the biggest bedroom in the home and has a large private balcony with a bathtub. The Suite reportedly has an attached walk-in closet and a spacious bathroom. Every door in the home is antique and features other recreational rooms, including a sauna, a family den, and a media room. While most of the features in the home remain unchanged, Dr. Dre dug an extra 10,000 square feet below the basement to create a recording studio so he could continue producing music for himself and the artists under his label.

An Eco-Friendly Piece Of Land

While Tom Brady and Gisele Bündchen lived in the home, there was a lot of criticism drawn from activists about the size of the property and its negative effects on the environment. However, while creating the abode, the couple had already kept that in mind. As mentioned by E Online, the eco-conscious estate came with a natural pond and was built as sustainably as possible. It has two large solar panel pads located a little away from home, which supply energy to the entire property. Most of the materials used to build the home were reclaimed, and the water supply in the home goes through gray water irrigation.

As Brentwood is one of the most coveted neighborhoods, there are many celebrities that Dre can call his neighbors. Some of the most notable neighbors include LeBron James, Reese Witherspoon, Arnold Schwarzenegger, and Heidi Klum. Along with his Brentwood home, Dre has several properties spread in California. His first big purchase was a Woodland Hills home he bought for $2.35 million, where he resided for many years. In 2019, he bought a Calabasas home for $4.9 million and a $2.25 million Pacific Palisades property.

Dr. Dre’s Brentwood home is as grand as the music producer and entrepreneur, who has amassed a stunning real estate portfolio over the years. Having a large family, the Brentwood property is the perfect escape from Hollywood, where he can spend uninterrupted time creating music and spending time with his children.

READ NEXT: These Are Jennifer Aniston’s Most Expensive Brand Endorsements