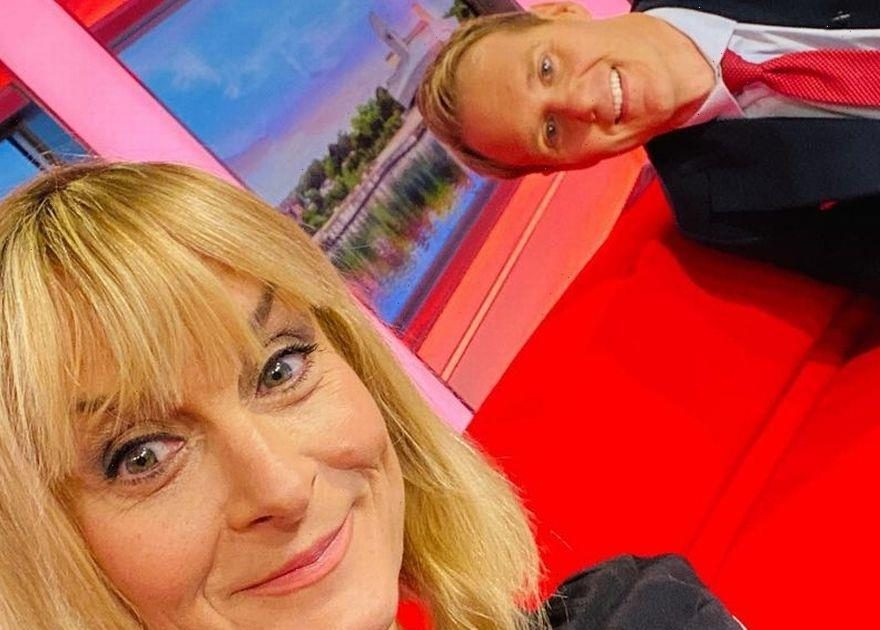 Louise Minchin is set to swap her place on the BBC Breakfast sofa for the less glamorous world of Bushtucker trials, Dingo Dollars and witchetty grub in the I’m A Celebrity Jungle.

Though the prospect of enduring three weeks in a cold and damp North Wales castle without any creature comforts may seem daunting, the beloved broadcast journalist has battled bigger demons.

Last month, a man was warned that he could face jail after admitting to stalking the host and sending her terrifying messages on Instagram.

But before she sets foot in the jungle, let’s take a look inside her life.

Boding well for the challenges posed by the I’m A Celeb Jungle, Louise is a huge fan of endurance sports.

As a keen runner, cyclist and swimmer, Louise is an amateur triathlete and qualified as a member of the 2015 Great Britain Age-Group Triathlon Team.

Having taken part in the Breakfast Christmas Cycling Challenge in 2012 alongside colleagues Bill Turnbull, Susanna Reid and Charlie Stayt, the 52 year old has since competed in events including the World Triathlon Championships in Chicago and the Norseman marathon, which even saw her requiring an operation on her foot due to training.

Away from the cameras, Louise married her restaurateur and investor husband David Minchin in Hampshire back in 1998.

Together, they live in Cheshire with their daughters Mia and Scarlett.

Despite their mum being a household name, Louise’s teenage children aren’t bothered by her celebrity status.

“I’m their mum, that’s the most important thing. I like the fact they see me as a working mum.

“I have always worked since they were tiny. The fact I’m on telly is no biggie,” she told the Sunday Post.

The former BBC presenter is also a huge animal fan, regularly sharing cute pictures of her two Labradors Waffle and Ruby on Instagram.

In fact, with lockdown causing the TV presenter to spend more time than usual at home, she joked on Instagram that the canines had become her colleagues, even helping her check her emails (albeit not always successfully).

But her love for animals doesn’t stop there. Louise also has two rescue mini-Shetland ponies, Hollie and Muffin.

Though Louise is renowned for brightening up mornings for millions of people across the country, off-screen she has had to deal with a frightening ordeal.

In July 2020, she and her eldest daughter Mia received a barrage of intimidating comments via Instagram.

As a result, Carl Davies, who was handed a lifetime restraining order against Girls Aloud’s Nicola Roberts in 2019, will be sentenced on December 15.

He has been banned from contacting Louise or her daughter, entering their village or approaching BBC premises or film sets.