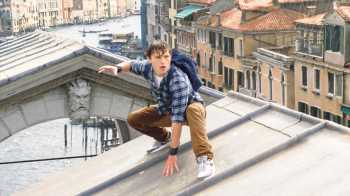 Italian and U.S. film industry executives announced Saturday at the Venice Film Festival that this summer’s box office figures in Italy are up by 40% over the past two years as local distributors depart from past practice and release more movies between May and August.

This year’s roughly 44% box office rise during that period to €138 million ($151 million) was prompted by the day-and-date summer release of a dozen Hollywood blockbusters, including “Toy Story 4” and “Spider-Man: Far From Home.”

It comes after Italy suffered a long dearth of summer releases during the months when Italians traditionally hit the beach en masse. The summer film drought caused a glut of product throughout the rest of the year and was considered a major impediment to the local market’s growth.

Luigi Lonigro, who is head of Italy’s distributors, called the figures “very encouraging,” noting that they mark Italy’s best summer box office result of the past eight summers.

Last year, the country suffered its worst results in a decade in terms of movie ticket sales. That prompted the Italian industry and Hollywood to mount a concerted campaign, known as moviement, to schedule more summer releases. Ten Hollywood titles were slotted from May to August.

Not all of the titles performed so well. “Toy Story 4” under-performed, pulling in only €6 million ($6.6 million), and “The Secret Life of Pets 2” grossed a mere €4 million ($4.4 million) in Italy. But the new “Spider-Man” installment scored stellar returns — more than €11.5 million ($12.6 million) — proving that Italians can be persuaded to see movies in summer.

The campaign to release more films in the summer has also boosted yearly box-office returns since January by 20% to €375 million ($412 million) in grosses between Jan. 1 and Aug. 29, Lonigro said.

In a report, box-office analyst Robert Bernocchi called the results “quite comforting” but also noted that, “considering that we’ve never had a summer with so much important product, it’s obvious that we could have hoped for something [even] better.”

The Hollywood majors, through their local execs, have all underlined that Italy’s summer releases push should not be judged on the performance of any single title and that the effort, which has gotten off to a promising start, is a three-year commitment.