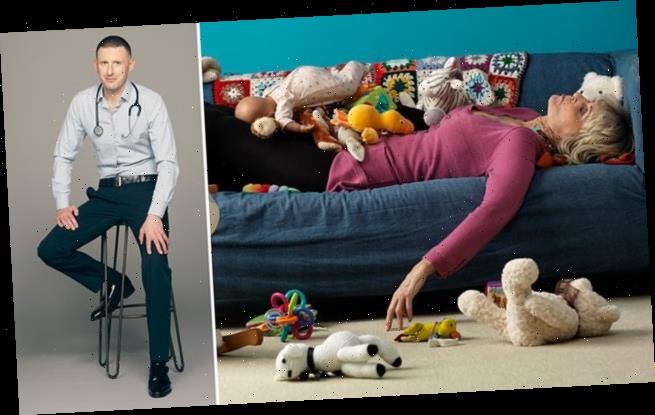 It’s better for your children not to have a perfect parent (even if, like my mum, you are three hours late for pick-up time!): Let NHS psychiatrist Max Pemberton transform your life

My mum was not always the perfect parent when I was growing up. Times like when I fell down the manhole in the front garden and knocked myself out while she chatted to our neighbour.

Or the time when I was eight and I was left waiting for three hours outside an empty church hall after youth club in the cold and rain because she’d forgotten to pick me up.

Or the time I was bored waiting for her to finish talking to a friend she’d met in the Asda car park, so I decided to somersault over the railings and knocked myself out — and she didn’t notice until the paramedics arrived.

I’ll stop now, as I know she sometimes reads this column. But, the fact is, she was a great mum where it mattered — she read to me, took me on outings, made my sister and I interested and inquisitive about life and filled our lives with fun. 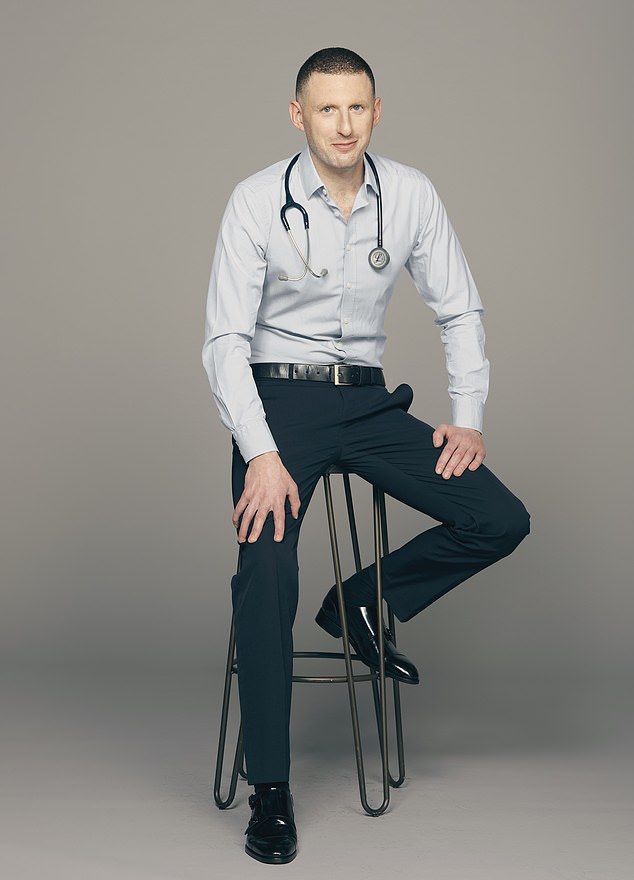 Businesswoman Karren Brady said in an interview this week that she thinks being a parent is far harder than going to work and, I have to say, I agree with her.

Raising children is exhausting. I really don’t know how people do it. So, of course, there are going to be times when you mess up; when things don’t go to plan; when you forget your child and leave them standing outside the church hall (sorry, Mum).

I often see frazzled parents in my clinic, stressed that they are failing, racked with guilt that they aren’t the perfect parent, feeling like they’re making it up as they go along and keep getting it wrong.

Unlike at work, there’s no performance review, bonuses or colleague feedback. Just a toddler throwing toast at you.

Parents worry they are failing their charges, so I reassure them that, actually, it’s good for children if you’re not the perfect parent. And this is a serious point. Because the fact that my mum was sometimes a bit rubbish was what made her such a good mum.

By not always being perfect in the day-to- day aspects of life, she helped to make me more independent and resilient.

Parents beat themselves up if they aren’t perfect because they often think they are letting their children down.

In fact, the opposite is true. There have been studies that show that the younger generation tend to be more anxious and struggle to cope with the transition to adulthood if they have over-involved or controlling parents. These ‘helicopter parents’ hover over their offspring, catering to their every whim. 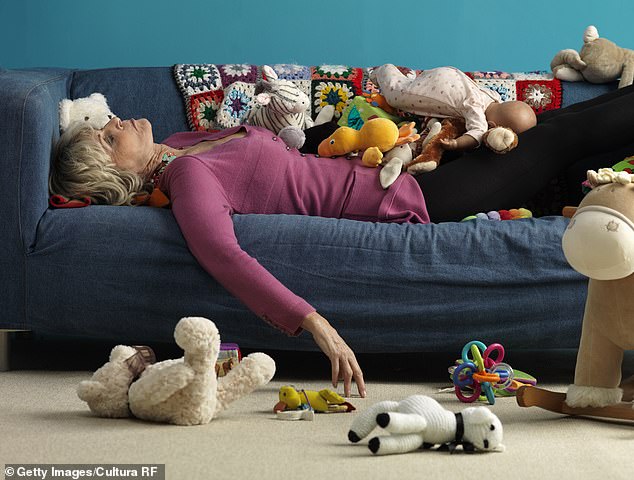 I see this a lot at work with young patients who have developed issues ranging from eating disorders to depression. They struggle to take responsibility and live in a perpetual state of adolescence, never quite able to be independent and lacking resilience to deal with the difficulties and setbacks of real life.

In wanting to ensure they have the best start in life, parents can unwittingly do harm; creating damaged children with limited experience and initiative, who are unable to solve problems themselves.

Much of the psychotherapeutic work we end up doing with young adults with mental health problems is about teaching them to develop independence and a sense of responsibility for their thoughts and feelings — a concept known as ‘internal locus of control’ — and teaching them that they can take control of their lives and are capable of change.

Paediatrician and psychoanalyst Donald Winnicott wrote about the importance of the ‘good enough’ parent: someone who tried their best, but who inevitably failed at times.

This failure, he argued, made children learn to stand on their own two feet and produced stable, secure adults.

If parents are perfect, the child never has to mentally separate from their caregiver, so remains in a suspended state of perpetual dependence. They never learn how to deal with anxiety or uncertainty.

Winnicott argued that the aim of the parent is not to provide perfect care, but to ensure the child has its basic physical and emotional needs met — and not much more. I find this idea refreshing and liberating.

Every parent worries they’re not good enough. But Winnicott told us not to worry. Relax. Being imperfect is actually perfect. It’s not just OK to mess up every now and then, it’s necessary to ensure your child develops properly.

All parents need to do is provide a loving, stable environment. Occasionally forgetting to make their packed lunch because you’re busy gossiping with Auntie Jeannie (which seemed to happen quite a lot in our house) will do them good in the long run.

If you’re a parent who worries they don’t always do a good job, then I’ve got some cheering news: keep going. You’re doing fine. 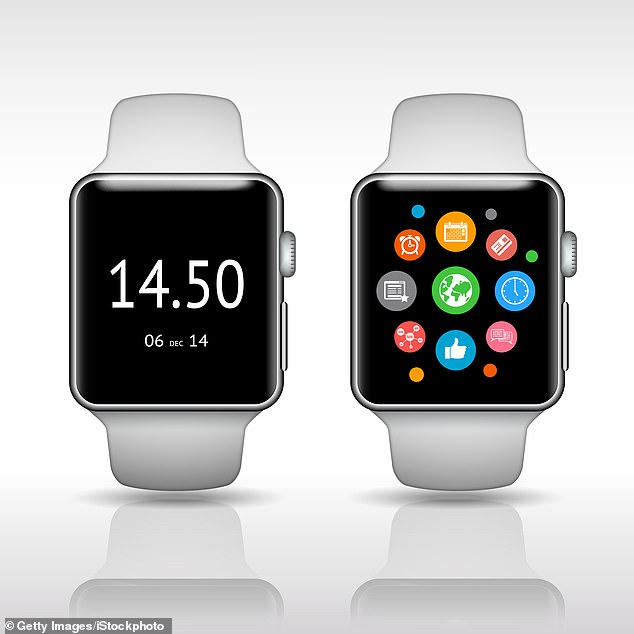 Health technology has been big business in the past few years. But is it always good for us? A new medical paper warns the Apple watch’s new abnormal pulse detection tool could create a wave of false positives, with people thinking something is wrong when they’re fine.

In fact, many doctors worry these health gadgets and apps are counterproductive. Sleep apps have been blamed for giving people insomnia, because they make people so worried about the data, they can’t sleep!

It’s a similar story with apps and devices that track ovulation to help couples trying to conceive (raised stress levels from using them can affect fertility). I’ve seen this a few times with couples who have been desperate to conceive, and the stress from this has almost resulted in them separating. Then, when they finally throw in the towel, she becomes pregnant.

Health anxiety is the new epidemic sweeping the nation fuelled, in part, by these gadgets. 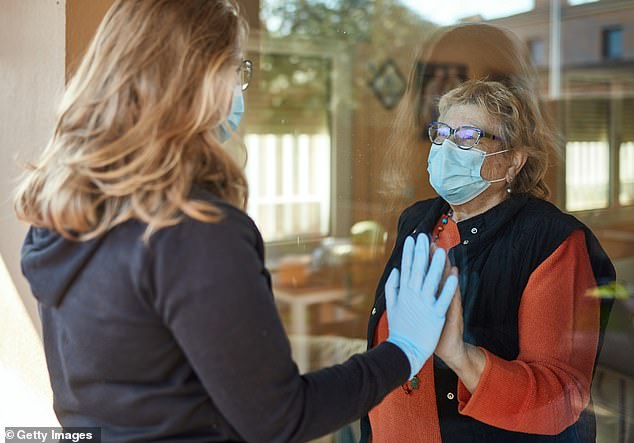 Doctors and Age UK have warned that restrictions on being able to visit elderly people in care homes will result in them ‘giving up the will to live’.

Many readers have written to me over the past few weeks to share heartbreaking stories of loved ones trapped in nursing homes. One cannot stop crying after a Skype call with her husband, who is in a dementia home. He was convinced he was being held captive and didn’t understand why. She hasn’t been allowed to see him for three months. We have lost all perspective with this virus, and our fear and excessive caution risk devastating thousands of older people’s lives. 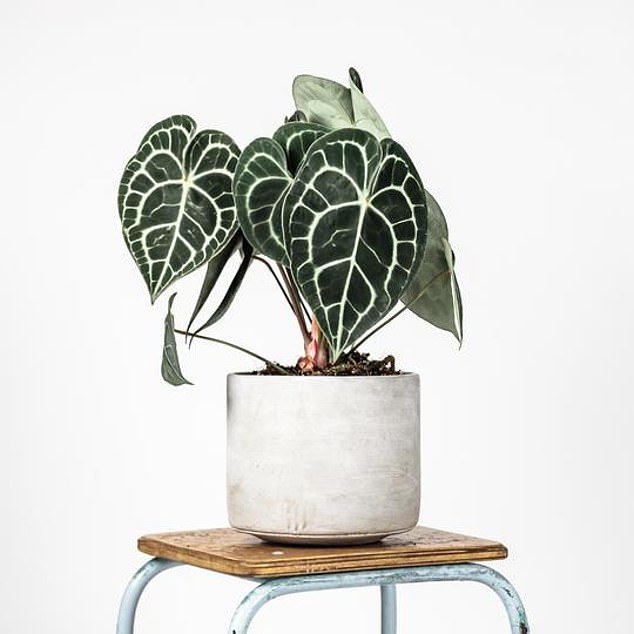 I love this company. I wrote last week how there’s something about looking after a plant that can be incredibly relaxing and therapeutic, and this company specialises in subscriptions of house plants. It will send you a beautiful plant in the post every month, two months or three months, depending on what you want. I think a subscription would also make a great gift.