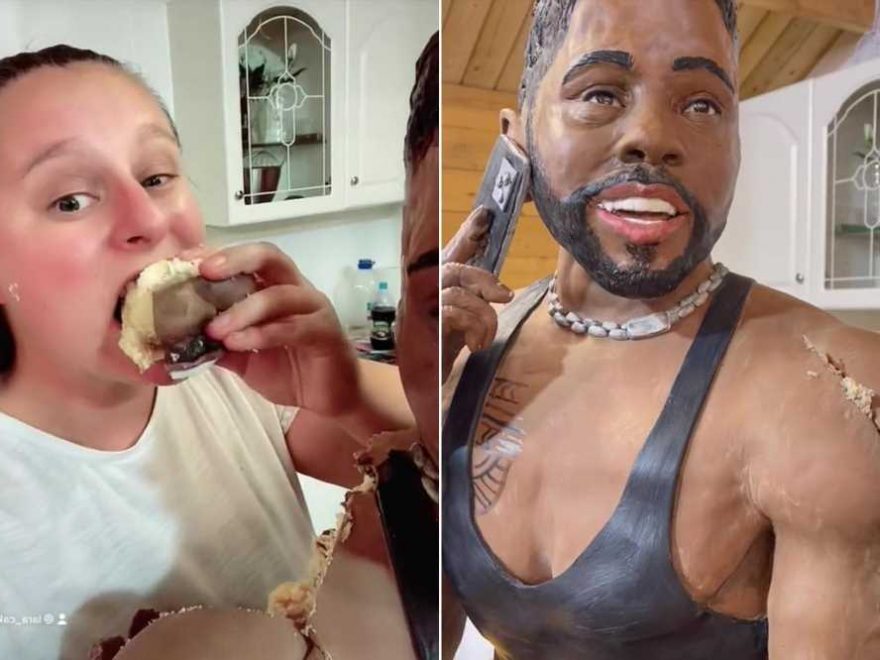 The Rock, Addison Rae and the Kardashians’ best Tiktoks

Jason Derulo reached out to a TikTok baker to have a life-size replica of himself made entirely out of cake.

Lara Mason, known for her “Cake Anything” videos, shared a clip Wednesday of the “Talk Dirty” singer, 31, calling her up to ask for the sugary statue.

“Hey, can I get a life-size cake made of me?” Derulo asked over the phone in the video.

Mason responded, “I’m sorry, what? You want a life-size cake of yourself? Yeah, that shouldn’t be a problem.”

She then jokingly asked, “Who is this?” to which the “Savage Love” performer revealed his identity, leaving the baker looking shocked.

The video then cuts to a time-lapse of Mason creating an extremely realistic cake of the 6-foot star sitting down while holding an iPhone to his ear.

The details on the over-the-top dessert were intricate, with Mason working extra hard to mimic Derulo’s exact look. 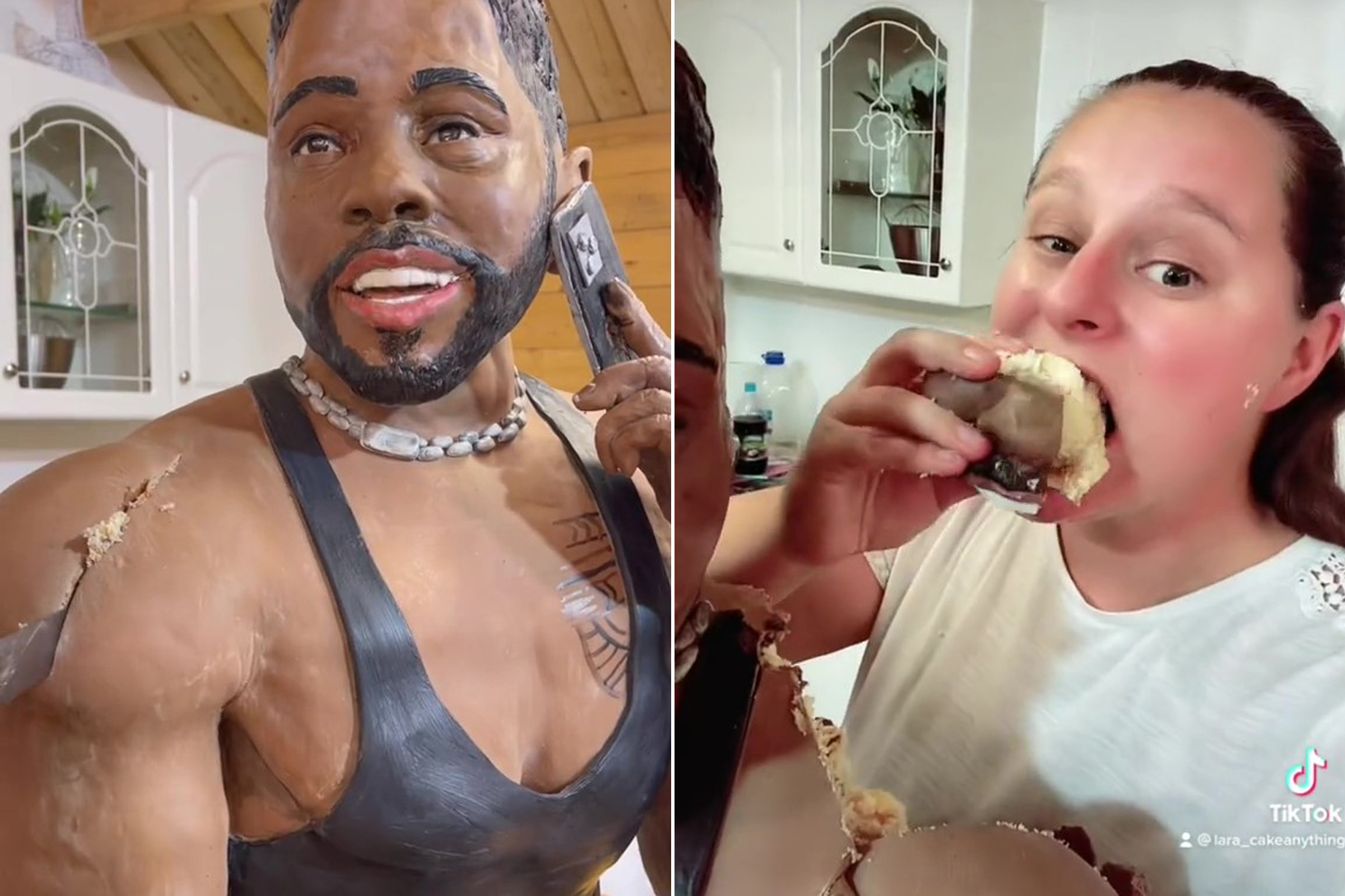 She included everything down to his facial hair, muscles and tattoos and frosted the cake version of Derulo to wear a black tank top, yellow and black pants and black boots. She also added a watch, bracelets and a sparkly chain around his neck.

Mason was seen giving a thumbs-up when the project was complete before slicing into her masterpiece and taking a big bite.

The video ended with the cake version of Derulo missing chunks out of several body parts before Mason took one final bite from his shoulder. 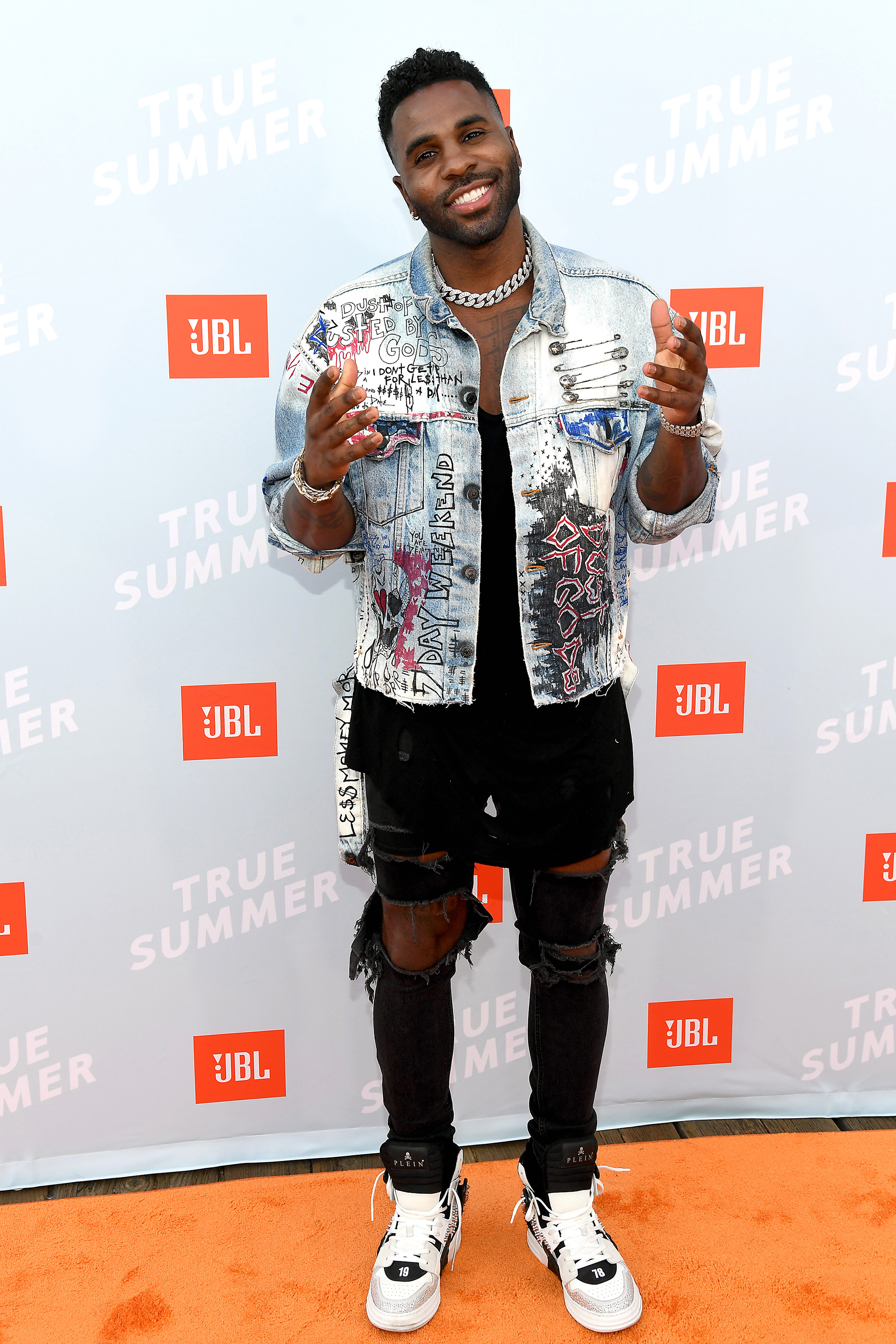 Fans were left drooling over the impressive creation.

“I’d have a slice of Jason Derulo ANYDAY,” one person commented on the TikTok video.

“U know which part I’m eating first,” another cheekily wrote.

“That’s not a cake that’s a living person,” another viewer quipped.

Mason revealed in the comments section that the cake only took four days to make, noting she “has 2 kids so [she] had to work around them.”

Derulo wasn’t shown trying the cake himself, but we can only imagine his response would be, “Mmmm … whatcha say.”