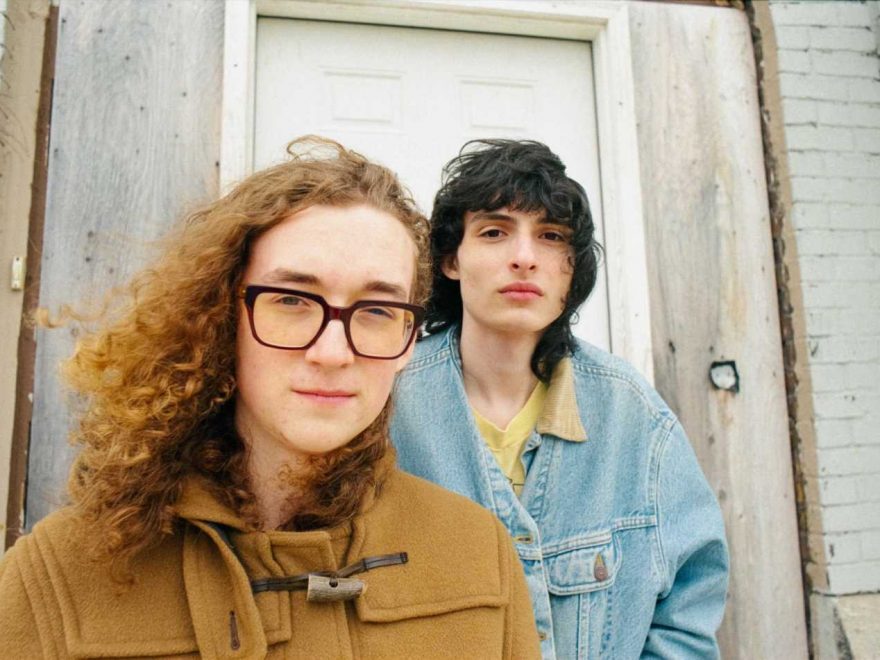 Finn Wolfhard’s band the Aubreys have dropped the first single from the group’s debut studio LP, Karaoke Alone, which arrives on November 5th.

While the album was written during the pandemic in lockdown, according to a statement it is not about Covid-19. The Stranger Things star and bandmate Malcolm Craig traded ideas via text and voice memos during the shutdown and later met in Chicago to record together with Twin Peaks’ Cadien Lake James and Colin Croom and Andrew Humphreys.

Although the album’s general theme is not about the virus, the lyrics to the single capture the discombobulated feeling and isolation experienced during lockdown: “In the dead of a dream/I woke up to my car/On the side of a highway/How’d I get this far?/Karaoke alone.”

“While recording we experimented with a lot of new and old sounds, but we went in with no expectations other than to have fun and make a wicked album,” Wolfhard and Craig said in a statement. “And we think we succeeded.”

Karaoke Alone follows 2020’s Soda & Pie, the band’s first EP. Last fall they dropped “Smoke Bomb.” The Aubreys are slated to perform for a live audience for the first time on October 24th at the Shaky Knees Festival in Atlanta.