Caitlyn Jenner told Kardashian, Jenner kids to ‘stay out’ out of gubernatorial campaign

Kanye West was unfaithful to Kim Kardashian during their marriage

Kim Kardashian is “not ok” after her 5-year-old son, Saint, broke his arm.

The “Keeping Up With the Kardashians” alum, 40, revealed that her little boy suffered the unfortunate injury in a slew of posts shared on her Instagram Story on Thursday.

Kardashian first uploaded a photo of Saint sitting in a wheelchair while icing his arm. Later, the distressed mom shared a photo of her son cradling his arm after his cast had been set.

“Who do you think cried more today? My baby broke his arm in a few places today. I’m not ok,” the Skims founder wrote on her Story, later adding, “Poor baby.”

Kardashian has yet to share details about the cause of Saint’s injury.

Saint is the second eldest of four children that Kardashian shares with estranged husband Kanye West, along with daughters North, 8, and Chicago, 3, and son Psalm, 2. 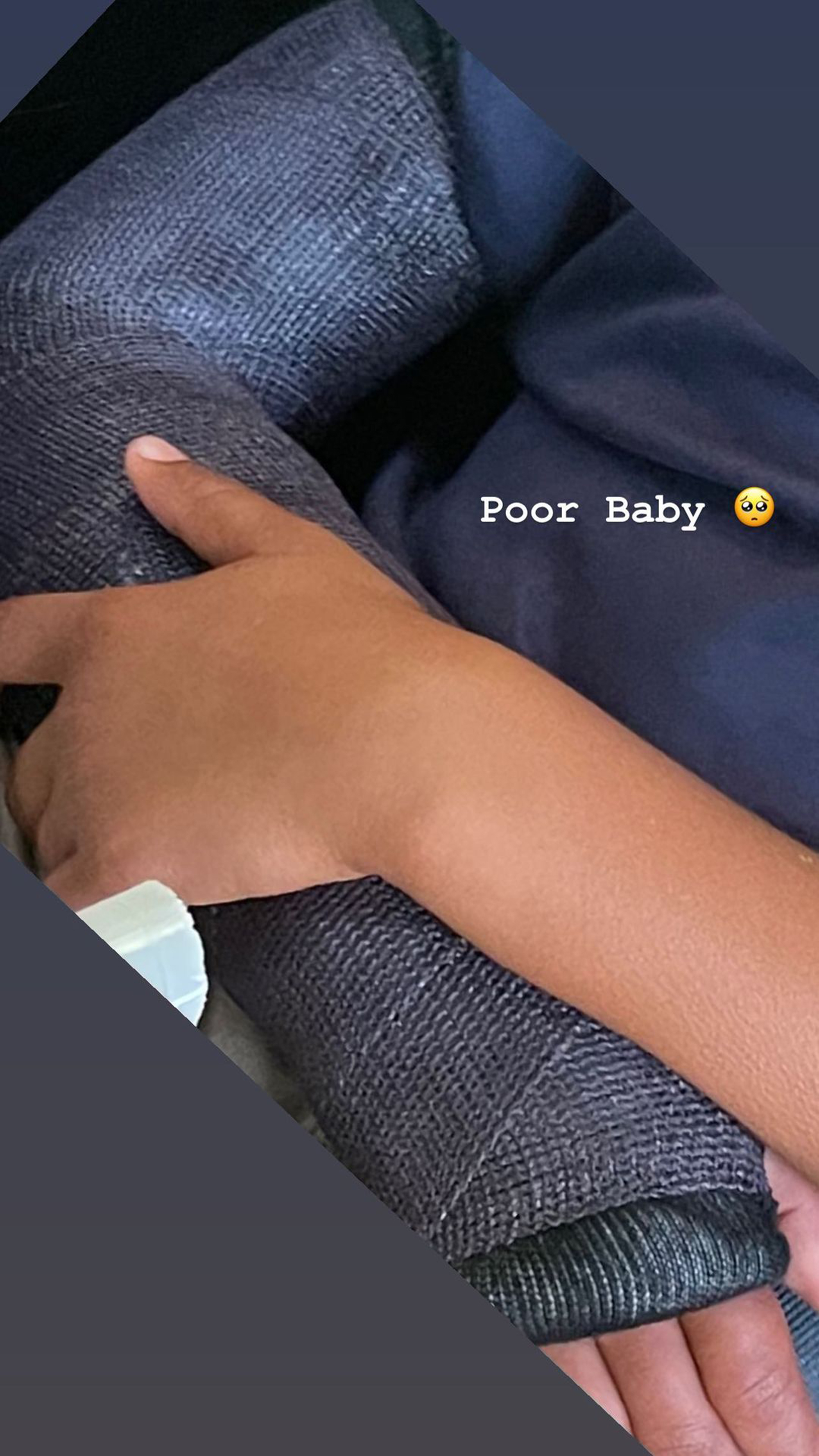 Kardashian’s posts about Saint come weeks after she joined West, 44, at a promotional event for the rapper’s latest album, “Donda.” The lavish listening party at Chicago’s Soldier Field saw the pair reenacting their May 2014 nuptials.

Page Six broke new the news in early January that Kardashian would be ending her marriage to the rapper. She officially filed for divorce in February.

Despite their split, the mom of four has publicly supported West and his new LP — even by listening to it on mute on its Aug. 29 release day.

Earlier this month, multiple sources confirmed to Page Six that the “Donda” track “Hurricane” was written about West’s infidelity in his marriage with Kardashian.

“The song is in a way his testimony of everything he did wrong and taking accountability for their marriage breakdown,” one insider shared.

“Here I go actin’ too rich / Here I go with a new chick / And I know what the truth is / Still playin’ after two kids,” West raps in the song, seemingly acknowledging that he cheated after welcoming North and Saint with Kardashian. “It’s a lot to digest when your life always movin’.”