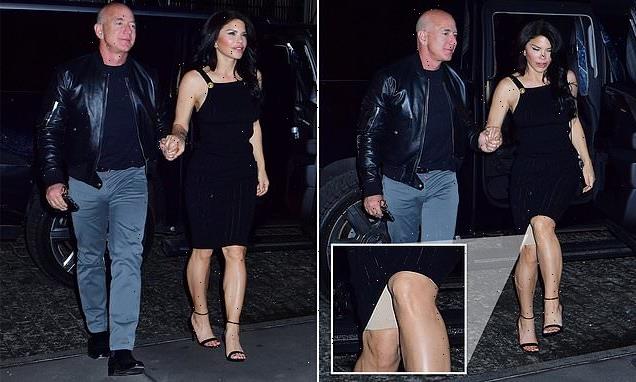 Prime for a peek! Jeff Bezos’ girlfriend Lauren Sanchez accidentally flashes her nude shapewear as she enjoys a date night with the Amazon billionaire in New York City

The couple, who have been dating since 2019, were spotted hand-in-hand as the Amazon billionaire, 58, helped his ladylove, 52, navigate the cobblestone streets after they stepped out of a black SUV.

Sanchez was dressed to impress in a figure-hugging black pencil dress, but as she stepped onto the curb, the hem rode up her leg and revealed her nude shapewear. 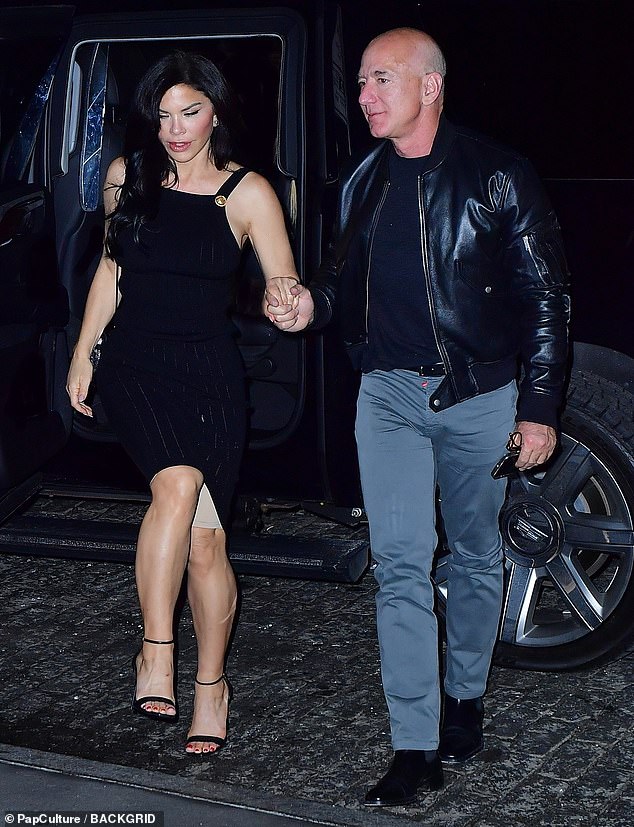 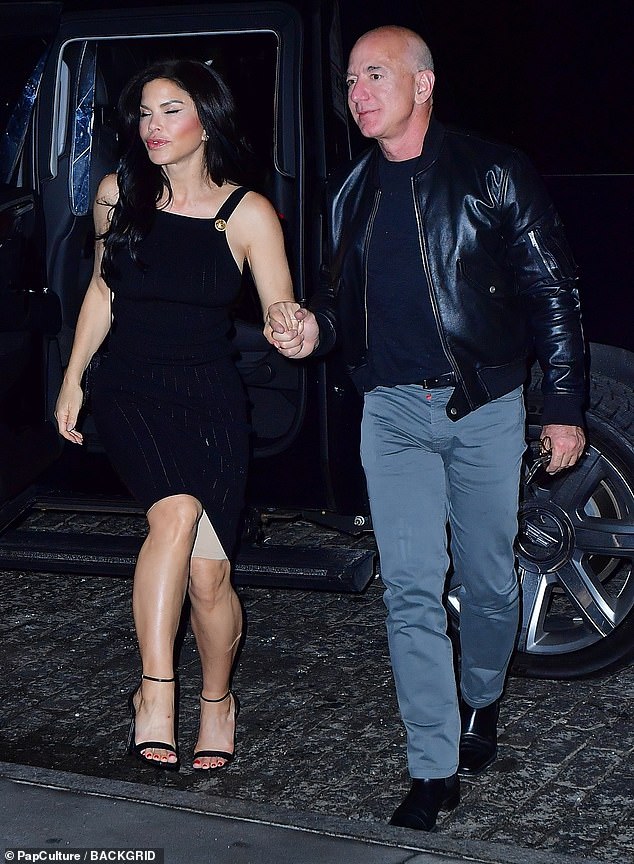 Sanchez, 52, was dressed to impress in a figure-hugging black pencil dress, but as she stepped onto the curb, the hem rode up her leg and revealed her shapewear 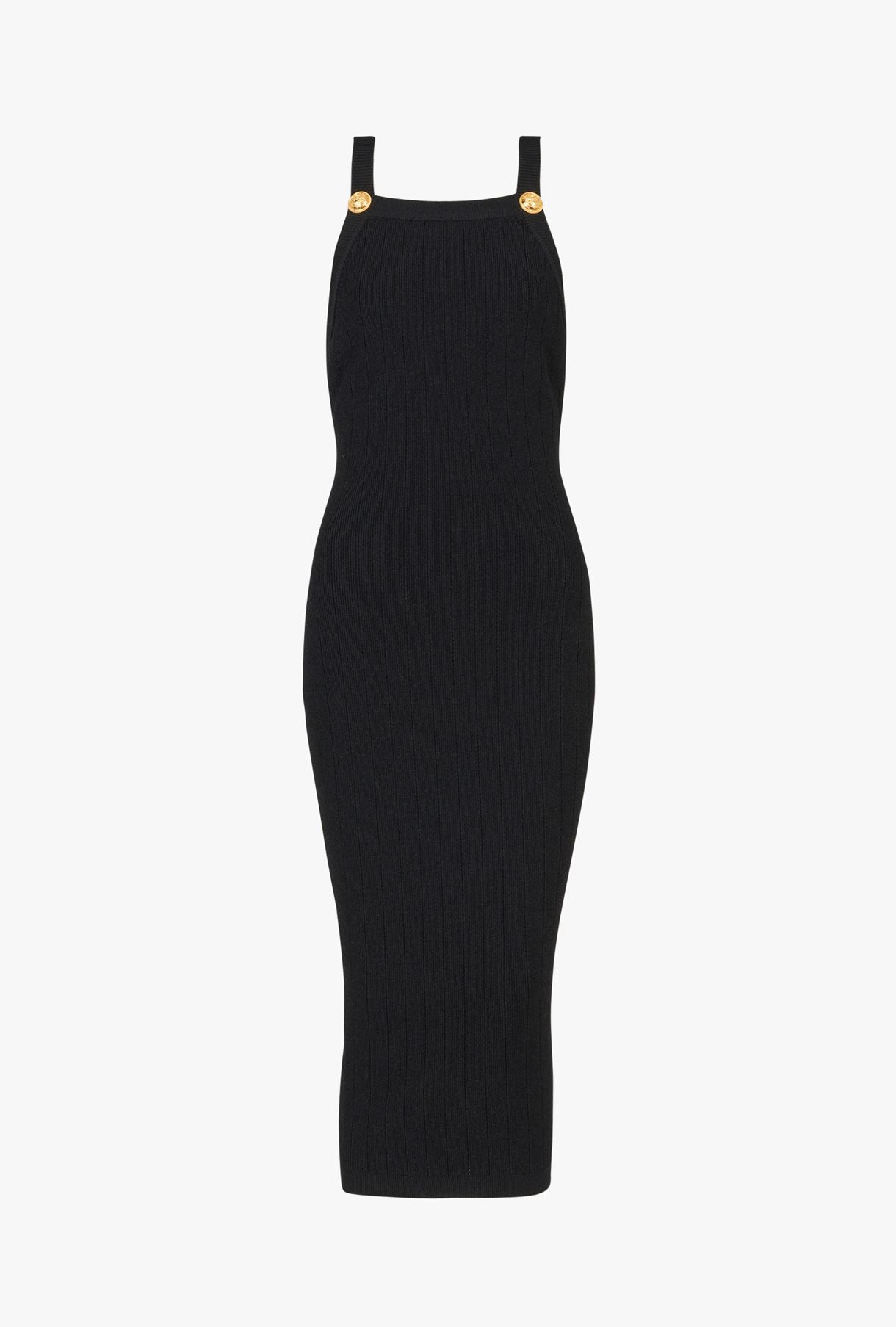 The LBD featured no adornments other than a gold button at the strap, and she topped off the simple, yet elegant ensemble with black ankle-strap stiletto sandals.

Sanchez’s toenails were painted cherry red, adding a pop of color to her look, and her raven hair was styled in loose waves around her shoulders.

Bezos matched his girlfriend in a black leather jacket that he wore over a black top that was tucked into a pair of blue-gray dress pants.

In his free hand, he held onto his cellphone and eyeglasses, as he escorted Sanchez out of the vehicle for their night on the town.

Just a few days before, the couple joined Diane von Furstenberg and Gayle King for a private boat event in New York City.

The Amazon founder and former CEO was seen holding hands with Sanchez as they boarded the vessel in Battery Park in Manhattan alongside CBS Mornings co-host King, 67, and designer von Furstenberg, 75,

But what they thought would be a nice day on the water turned worrisome when an elderly woman fell while getting on the boat and needed to be taken away in an ambulance.

Two ambulances were called to the scene, and the unnamed woman was taken away from the boat on a stretcher.

Sanchez and von Furstenberg looked visibly concerned as they watched the scene from an above window.

It’s unclear when exactly Bezos and Sanchez’s first got together, but their affair was exposed by the National Enquirer in January 2019.

Soon after, the entrepreneur and investor split from his wife of over 25 years and the mother of his four children, MacKenzie Scott, 52. 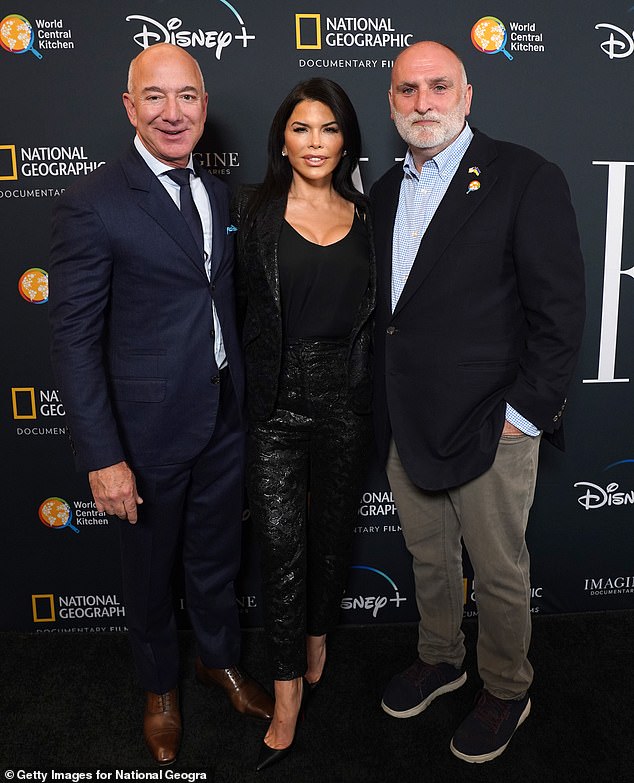 Bezos and Sanchez posed for photos with World Central Kitchen founder José Andrés last week while attending the Washington, D.C. screening of the documentary ‘We Feed the People’ 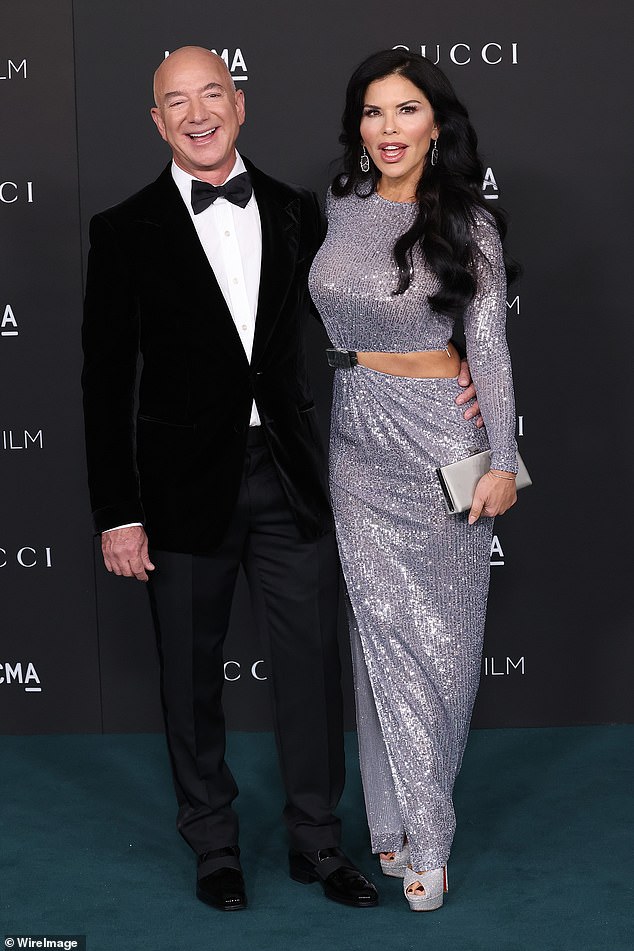 The couple (pictured in 2021) first went public with their relationship in January 2019 after Bezos split with his wife and mother of his four children, MacKenzie Scott 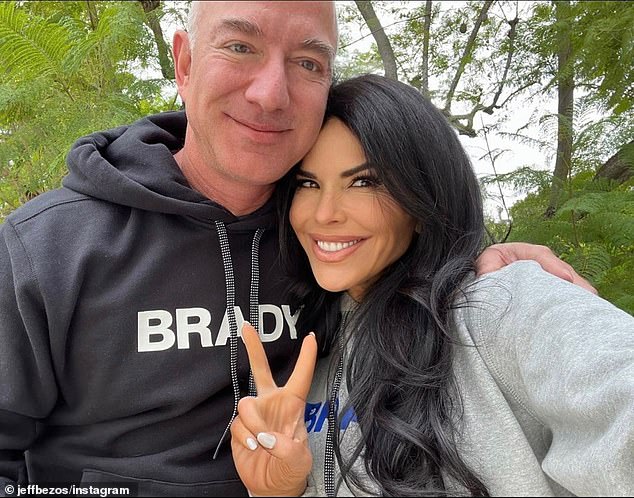 Bezos and Scott have spent the past three years traveling the world together, enjoying luxe vacations in St. Barts and St. Tropez

Sanchez was also married when her relationship with Bezos was outed.

Her then-husband, Patrick Whitesell, 57, was reportedly the one who introduced her to Bezos in the first place. Whitesell, a powerful man in his own right, is the executive chairman of Endeavor, the parent company of talent agency William Morris Endeavor Entertainment (WME).

Bezos and Scott finalized their divorce in April 2019 — the same month that Sanchez and Whitesell ended their marriage.

She and Bezos made their first public appearance together in May 2019, before jetting off to St. Barts for the holidays. Months later, they made their red carpet debut in January 2020.

Bezos and Scott have spent the past three years traveling the world together, and he had her full support when he blasted off into space on his company’s rocket last summer.