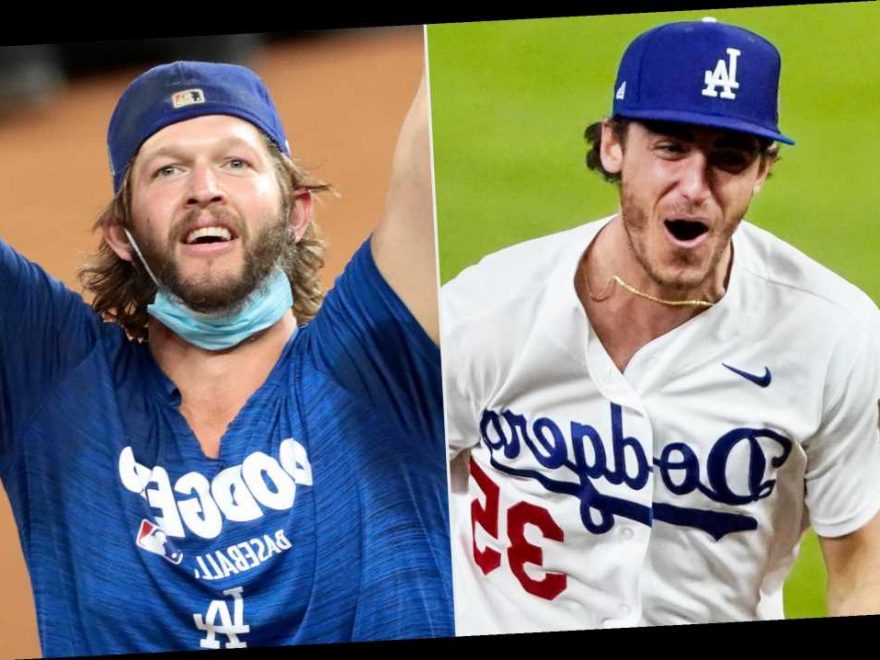 The MLB players appeared on Thursday's episode of Jimmy Kimmel Live!, which aired two days after the team clinched their first World Series victory since 1988.

Asking how the pair were doing after the momentous occasion, Bellinger said he felt like he was “on top of the world,” while the Dodgers pitcher said that the experience was “pretty awesome.”

Kimmel then went on to make a sly nod to the Astros’ sign-stealing scandal, which culminated in the firing of two top officials following an investigation into claims that the team illegally stole pitching signs during a season that ended in the Astros’ 2017 championship victory over the Dodgers.

“Was it easier to win a World Series when the other team wasn’t cheating?” Kimmel asked.

“Well I guess so, we won,” Kershaw replied with a laugh, as Bellinger added, “I’d say so.”

During the interview, Kimmel also asked the two Dodgers stars about their teammate Justin Turner, who was pulled from the field towards the end of Tuesday’s game after testing positive for the novel coronavirus.

“We really didn’t even know what was going on,” Bellinger said, adding that he wasn’t immediately aware that Turner had exited the game in the 8th inning.

“I found out in the 9th inning and then literally Mookie [Betts] hit the homer,” the first baseman continued. “And then it was pure, let’s close this game out, win a championship. It was a crazy time.” After exiting the game on Tuesday, Turner shared an update on social media.

"I feel great, no symptoms at all. Just experienced every emotion you can possibly imagine. Can’t believe I couldn’t be out there to celebrate with my guys! So proud of this team & unbelievably happy for the City of LA,” he wrote.

However, photos captured after the game, showed Turner posing for pictures on the field with the trophy and his fellow teammates, with the athlete wearing a mask at times and sometimes going without one.

Speaking with reporters after the game, Mookie Betts defended Turner celebrating with his teammates, saying "He's part of the team. We're not excluding him from anything." In a statement released on Wednesday night, Major League Baseball said it was "clear that Turner chose to disregard the agreed-upon joint protocols and the instructions he was given regarding the safety and protection of others."

"Immediately upon receiving notice from the laboratory of a positive test, protocols were triggered, leading to the removal of Justin Turner from last night’s game,” the statement read. “Turner was placed into isolation for the safety of those around him. However, following the Dodgers’ victory, it is clear that Turner chose to disregard the agreed-upon joint protocols and the instructions he was given regarding the safety and protection of others."

“While a desire to celebrate is understandable, Turner’s decision to leave isolation and enter the field was wrong and put everyone he came in contact with at risk. When MLB Security raised the matter of being on the field with Turner, he emphatically refused to comply," the league continued, noting that a "full investigation" had been launched.