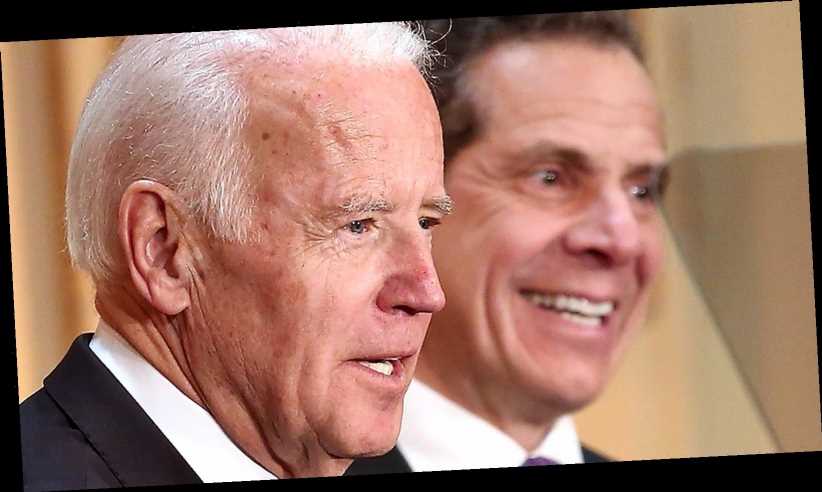 New York Governor Andrew Cuomo has always had a bit of a spotty record. While he became something of a hero at the height of the ongoing coronavirus pandemic, allegations of less-than-great behavior have followed him. Recently, he’s been faced with two heavy hitters: that his administration intentionally undercounted and underreported covid-related deaths in New York nursing homes, and that he sexually harassed at least two former staffers (via The Guardian).

Plenty of people are calling for the governor’s resignation, which is certainly a marked fall from grace when you consider the high he was on around this time last year. So far, Cuomo refuses to resign, and now President Joe Biden has stepped into the conversation.

As reported by CNN, President Biden took an especially neutral stance when asked whether or not he thinks Cuomo should bow out, telling reporters outside the White House, “I think the investigation is underway and we should see what it brings us.”

President Biden believes the women should be heard

The two women who have accused Cuomo of harassment have somewhat similar stories that describe a pattern of harassment. Former aide Lindsey Boylan has asserted that the governor “subjected her to an unwanted kiss and made comments about her appearance,” and Charlotte Bennett, also a former aide, stated that Cuomo “asked her about her sex life, including whether she had ever had sex with older men, and made comments that she interpreted as assessing her interest in an affair” (via The Guardian).

While President Biden has been reluctant to speak too candidly about the accusations, Speaker of the House Nancy Pelosi called the allegations “credible.” On Monday, she issued her own statement addressing the matter.

“The women who have come forward with serious and credible charges against Gov. Cuomo deserve to be heard and to be treated with dignity. The independent investigation must have due process and respect for everyone involved” (via The Hill).