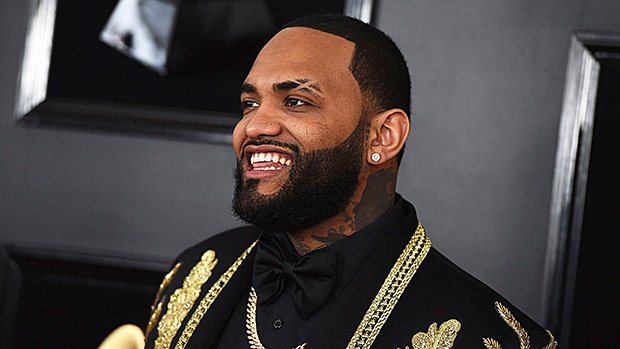 Chris Brown’s ‘Indigo’ album is here and features some epic collaborations. Joyner Lucas appears on one track, ‘Keep A Stack,’ & we’re sharing all you should know about him.

As Chris Brown, 30, releases his ninth studio album, the real question is: who isn’t on the record? The singer enlisted a TON of famous friends to help out with the album and Nicki Minaj, G-Eazy, Justin Bieber, Lil Jon, and more appear on the star-studded track list. East coast rapper Joyner Lucas, 30, is one of the features on the record, and pulls up for a verse on “Keep A Stack.” On the day the song hits streaming services, we’re sharing all you need to know about the rapper.

1. He has some incredible collab tracks under his belt. You may know his track “Isis” with Logic which was released in May of 2019, but Joyner has linked up with a number of superstars through the years. He has recorded multiple tracks with R&B singer Chris Brown, as well as a joint track with Eminem.

2. He reps Worcester, Massachusetts. The rapper is from the 2nd biggest city (aside from Boston) and often goes back to his hometown to show love. He recently filmed a music video there, and even has been known to help the homeless with clothes and more. On June 25, he set up a free barbershop for the homeless to help bring them “confidence.” What a guy!

3. He’s no stranger to a rap feud. He may have recently squashed his beef with logic, but fans may also remember his very public spat with Tory Lanez. Tory took to Instagram in November of 2018 and got all too honest when someone asked him about his thoughts on Joyner. Though Tory did admit Lucas was “nice,” he didn’t stop there. Tory eventually went OFF! “Anytime you see me showcase singing or if they see me showcase rap, my ni**a, I’m always destroyin’ shit my ni**a, always,” he told the fan. “The Joyner kid? He’s nice, but he can’t f**k with me. Not on no level, period.” Tory then dropped a diss track, “Litty Again.”

4. He almost had an entirely different stage name. In his teens, he briefly worked under the moniker “Future Joyner” but decided to use his birth name in 2012 after fellow musician Future rose to fame.

5. He still has yet to release his first full-length studio album. Joyner is currently sitting on a number of mixtapes since striking out in 2015, but his first official release, ADHD is expected to drop in 2019.