The CFMMEU and three NSW officials have been slapped with more than $1 million in fines for intimidating a crane company in a Federal Court bid to rein in the construction union’s “inexcusable and unacceptable” conduct. 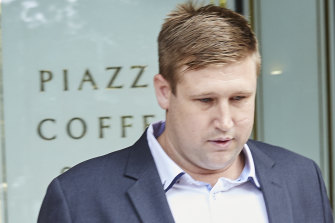 The pickets blocked cranes coming in and out and made staff fearful, including a female operations manager who heard people being called “a bunch of dogs”. Later the protesters yelled “scum” and made monkey noises.

Justice Rares said in his judgment the union “displayed utter contempt for the rule of law”.

“Its conduct here demonstrates that the culture of the union and its senior officials is simply ‘might is right’ or ‘union – power’. That conduct has no place in our society.”

He noted the union, which has been among the most successful in the country at winning higher wages for its members, had the financial resources to pay significant fines and had been penalised by courts more than 170 times.

“In my opinion, the union will only be deterred from further contraventions of the very serious nature of those that occurred on 25 January 2019 of the act by a severe, if not drastic, penalty,” Justice Rares concluded.

“… The union, with its history of contraventions, is not prepared to acknowledge to the court or the community that what it did on 25 January 2019 was inexcusable and unacceptable.”

Australian Building and Construction Commissioner Stephen McBurney, who brought the case, said it was the largest penalty secured by the commission under the current act.

“We will not hesitate to take decisive action to enforce workplace laws on building and construction sites,” said Mr McBurney, whose position Labor has promised to abolish if it wins government.

“By proposing to dismantle the independent organisation charged with ensuring, promoting and enforcing compliance with workplace laws, Labor is sending a clear message that unions like the CFMMEU need fewer checks and balances, not more,” Industrial Relations Minister Michaelia Cash said in a statement.

The dispute started in 2018 when the union began negotiating a new enterprise agreement with Botany Cranes, which is based in south-eastern Sydney.

The judgment said in January 2019, Botany Cranes managing director Damian Griffiths came to believe Mr Byrnes was tipping off the CFMMEU with information about the location of the company’s jobs, allowing other unionists to interfere with its business.

When Mr Griffiths raised his suspicions with Mr Byrnes, the union delegate responded with words to the effect of: “Maybe sign the [enterprise agreement] and it will stop.”

Later that day, Mr Griffiths sacked Mr Byrnes and the union responded with pickets, which are unlawful because that form of industrial action to restore employment has been banned by Parliament.

The judgment found Mr Greenfield told Mr Griffiths on January 30 things would “get worse” unless he reinstated Mr Byrnes, which he did. Mr Griffiths signed an enterprise agreement with the union the next month.

Botany Cranes did not respond to a request for comment.