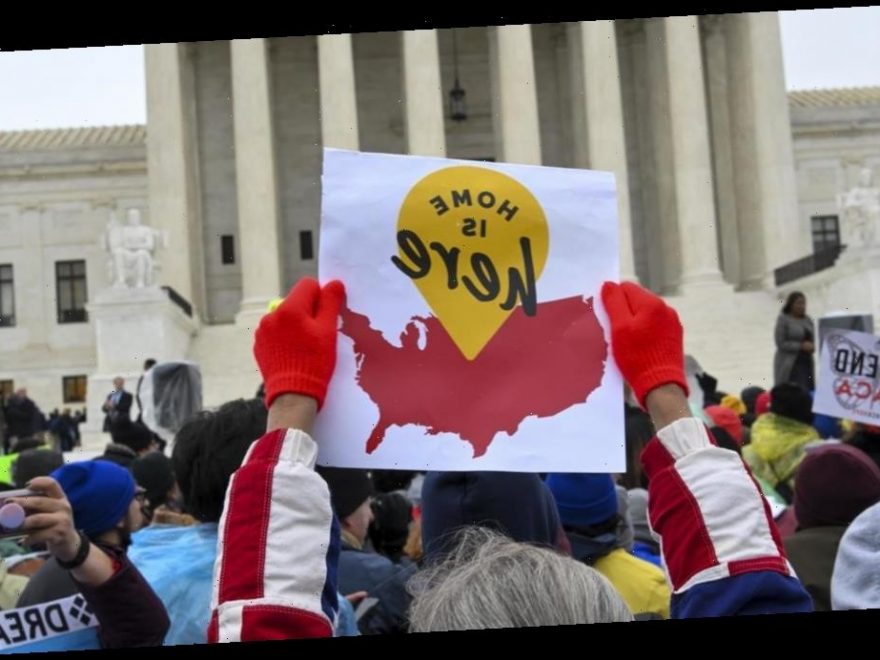 A federal judge on Friday ordered the Trump administration to fully restore an Obama-era initiative that protects undocumented immigrants brought to the U.S. as children from deportation, requiring officials to open the program to new applicants for the first time since 2017.

Judge Nicholas Garaufis of the U.S. District Court in Brooklyn instructed the U.S. Department of Homeland Security to post a public notice by Monday that states the department will accept and adjudicate Deferred Action for Childhood Arrivals (DACA) petitions from immigrants who qualify for the program but are not currently enrolled in it.

Garaufis also instructed officials to grant approved applicants work permits that last for two years, instead of the one-year period proposed by the Trump administration over the summer.

An estimated one million undocumented immigrant teens and young adults who qualify for DACA on paper could soon apply for the program in the wake of Friday’s order, according to lawyers who sued the Trump administration.

Johana Larios was about to leave her home to buy diapers for her two-year-old daughter when she learned of Friday’s order. The 26-year-old Mexican immigrant and Staten Island resident said the Trump administration suspended DACA in 2017 two days before she intended to apply for it.

“I was so excited. I didn’t know how to react. I’m thankful,” Larios, a member of the advocacy group Make the Road New York, told CBS News, noting that she intends to request DACA soon. “I could go back to school, work. And to have that feeling of not being separated from my kids, that’s the most important thing for me right now.” 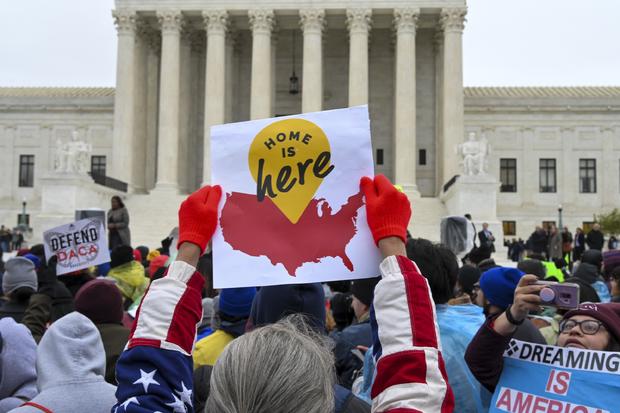 Representatives for DHS and U.S. Citizenship and Immigration Services, which oversees DACA applications, did not respond to requests for comment. A spokeswoman for the Justice Department, which could appeal Friday’s decision, also did not immediately comment.

Karen Tumlin, one of the lawyers representing DACA beneficiaries and prospective applicants, applauded Friday’s ruling and called on the government to halt “its attacks on immigrant youth today instead of continuing its losing courtroom battle during the last days of the administration.”

“Today’s ruling opens the door for more than one million immigrant youth who have been unfairly denied their chance to apply for DACA and secure their future in this country,” Tumlin, the director of the Justice Action Center, told CBS News. “Our brave plaintiffs have said from the beginning of this lawsuit that their home is here, and the court rightly recognized that today.”

Garaufis’ order follows another ruling he issued in November that found acting DHS secretary Chad Wolf did not have the legal authority to close DACA to new applicants or shorten the validity period of the work permits and protections from deportation that the program’s beneficiaries receive. Garaufis reached this conclusion after determining that Wolf’s appointment violated the Homeland Security Act of 2002.

Other federal judges have also raised questions about the legality of Wolf’s appointment — which Congress’ investigative arm, the Government Accountability Office, determined to be invalid in August. The findings concluded that DHS did not adequately follow the rules governing the line of succession for the department’s leadership.

In September 2017, the Trump administration moved to end DACA, arguing that the program represented an overreach of executive authority. But the intended termination was put on hold by several federal courts, and this June, the Supreme Court ruled the administration had violated federal administrative law when attempting to end the program.

In July, Wolf issued a memo outlining new guidelines for DACA while the Trump administration weighed whether to try to dismantle the program once again. On Friday, Garaufis set aside Wolf’s memo, which included the ban on new applicants and limits on current protections and work permits. 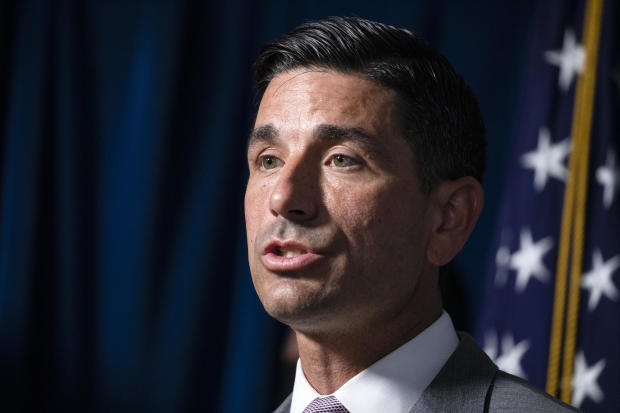 Garaufis’ order means DHS will be required to administer DACA under the policies in place when President Barack Obama created the program in 2012. This would also allow current enrollees to request “advance parole,” which allows them to travel abroad and return to the U.S. According to government data, there are currently more than 640,000 DACA recipients, who are colloquially known as “Dreamers.”

The prerequisites for DACA eligibility include having no serious criminal convictions, arriving in the U.S before the age 16, living in the country since at least 2007 and earning an American high school diploma, a GED or serving honorably in the military. DACA does not allow its beneficiaries to adjust their status and obtain lawful permanent residency.

President Trump has expressed sympathy for “Dreamers” on certain occasions, but his administration waged a years-long court battle to end DACA and did not accept several legislative proposals to place them on a pathway to U.S. citizenship.

President-elect Joe Biden has vowed to shield DACA beneficiaries from deportation and to introduce another proposal in Congress that would allow them to gain permanent legal status if enacted. Jennifer Molina, a spokesperson for Mr. Biden’s transition, urged the Trump administration to “do the right thing” following the court order.

“On day one, President-elect Biden will ensure Dreamers and their families have the opportunity to live their lives free of fear and continue to contribute to our country,” Molina said in a statement to CBS News.

While Friday’s order is a significant victory for DACA recipients and prospective petitioners, Republican-led states are currently asking U.S. District Judge Andrew Hanen to declare the program unlawful and terminate it. Hanen, a Republican appointee, blocked Mr. Obama’s 2014 expansion of DACA, as well as the creation of another program which would have protected the undocumented parents of U.S. green card holders and citizens from deportation.

Hanen has scheduled a hearing on this case for December 22.