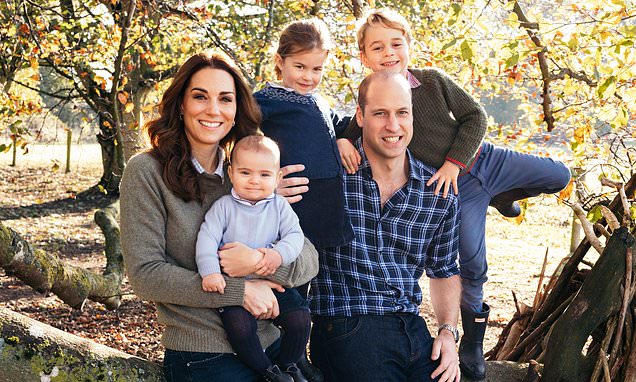 Is Duchess of Cambridge planning baby number FOUR? Another child would give Kate the ‘excuse to not be at the forefront of royal duties’, royal expert claims

The Duchess of Cambridge has her hands full with three children under the age of six, but a royal expert has claimed that fans shouldn’t rule out the possibility of another Baby Cambridge.

Royal commentator Phil Dampier told the Sun it ‘wouldn’t surprise him’ if the Duke and Duchess of Cambridge decided to try for a fourth child.

The former royal correspondent, who was written books about the royal family, said  that another baby would have the added bonus of taking Kate away from the ‘forefront of royal duties’, so that she can focus on her family.

Kate, 37, is already mother to Prince George, six, Princess Charlotte, four, and Prince Louis, fifteen months, the youngest of whom she welcomed in April last year. 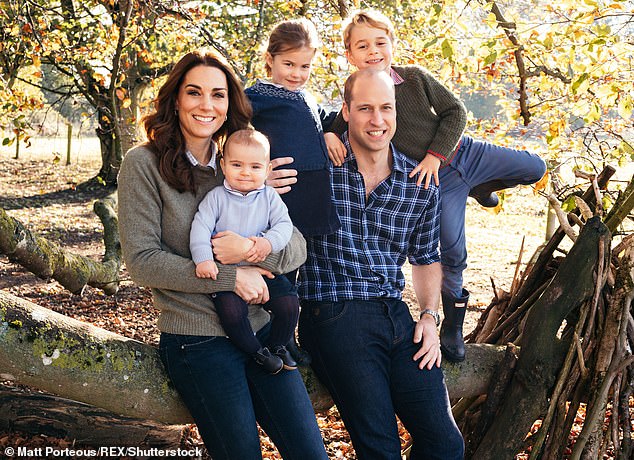 The Duchess of Cambridge ‘could have another baby’ to avoid being at the ‘forefront of royal duties she doesn’t enjoy’, royal expert Phil Dampier has claimed (Pictured L-R: Kate Middleton holding Prince Louis, Princess Charlotte, Prince William and Prince George)

He said: ‘Not only does [Kate] love family life in Norfolk, to be honest it gives her an excuse to not be at the forefront of royal duties for a bit longer, which I don’t think she enjoys.

‘I think Kate’s been interacting with the public and doing very well recently, but from what I’m told she’d rather be at home with the children.’

The expert said he wouldn’t be surprised if the royal couple wanted to try for a second girl to join Princess Charlotte, four, who currently has two brothers. 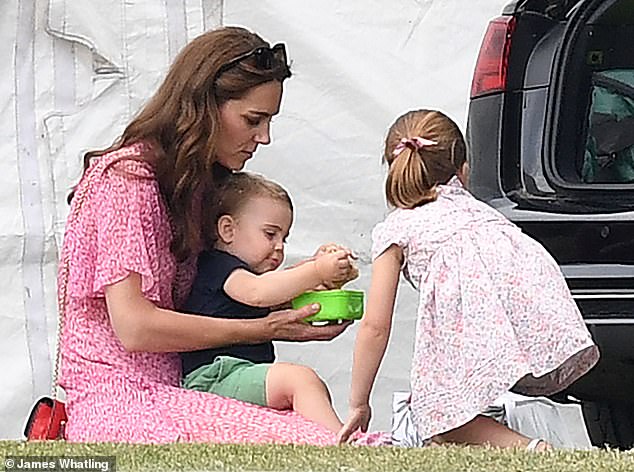 The Duchess of Cambridge, pictured at the Billingbear Polo Club with Louis and Charlotte in early July, is known to be happiest at home in Norfolk with her children 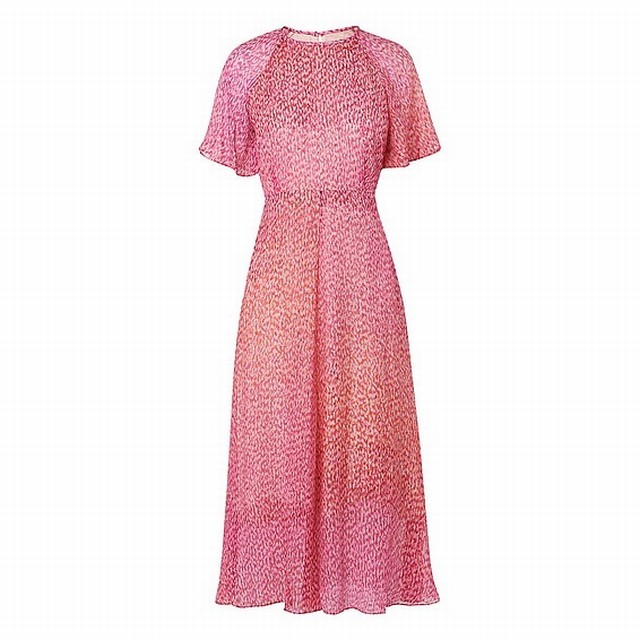 A fourth one could mean two girls and two boys, and a sibling close in age to Louis, mirroring the dynamic between George and Charlotte.

Phil added that he was surprised when Kate and William, 37, opted to have more than two children, but said he believes the decision was ‘very much down’ to the Duchess.

Kate herself is the eldest of three children, with a sister Pippa, 35, and a brother James, 32. 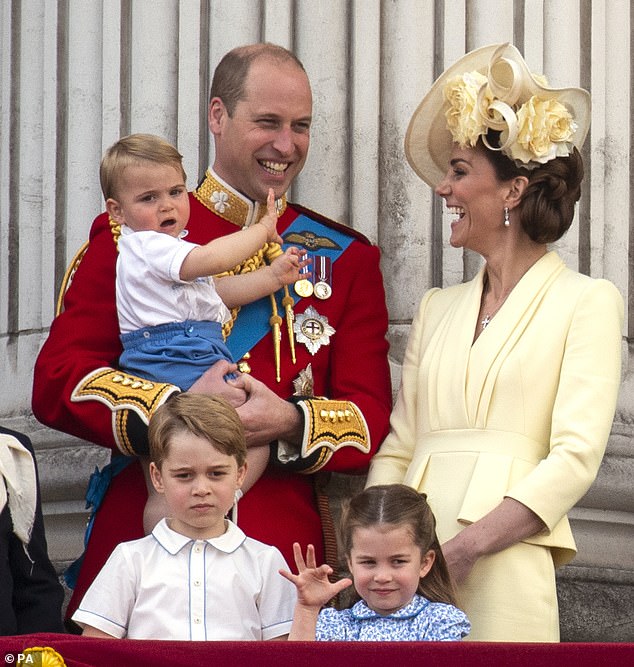 Kate, 37, is already mother to Prince George, six, Princess Charlotte, four, and Prince Louis, fifteen months, the youngest of whom she welcomed in April last year (Pictured: Kate and William with Louis, George and Charlotte in June)

He added that the mother-of-three is close to Princess Mary of Denmark, who has two girls and two boys – Christian, 13, Isabella, 12, and twins Josephine and Vincent, eight.

The Duke and Duchess of Cambridge recently celebrated the sixth birthday of their eldest, Prince George, on a family holiday.

Royal officials did not confirm where the family were, although reports suggest they may have flown with Kate’s family to the exclusive Caribbean island of Mustique.