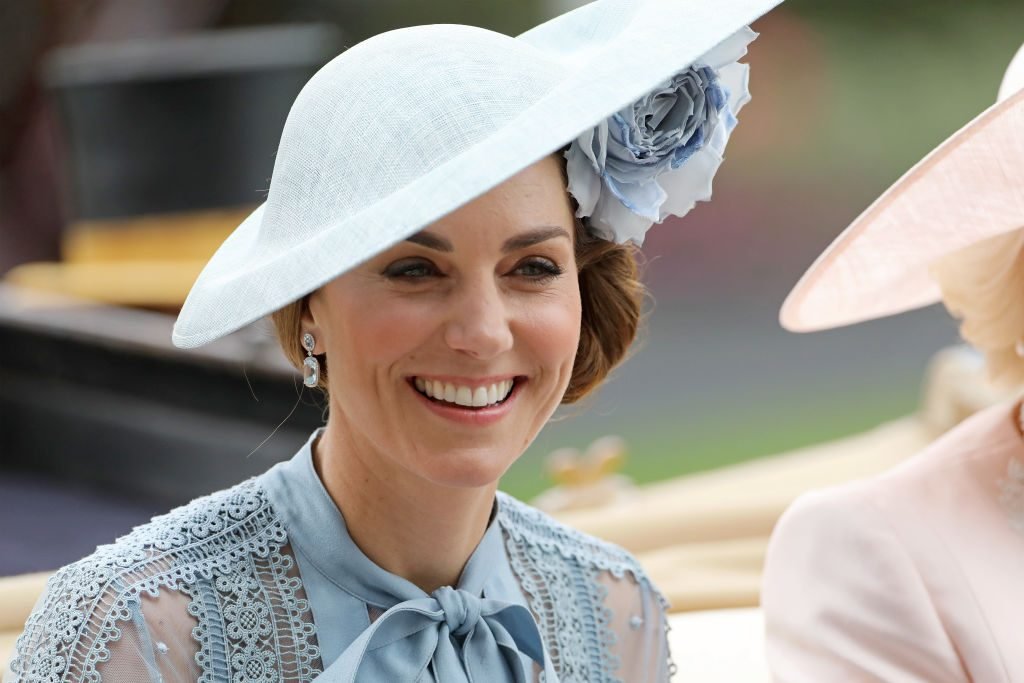 It’s a really good day for the Duchess of Cambridge, Kate Middleton.

On June 25, Queen Elizabeth II handed down her patronage of the Royal Photographic Society to Middleton. The queen held on to the role for 67 years before passing it to her granddaughter-in-law, who has a longstanding interest in photography.

To celebrate the moment, Middleton attended a photography workshop run by the Royal Photographic Society with her patronage Action for Children, which is an organization that helps children in need. Paparazzi caught Middleton smiling from ear-to-ear while taking photos at the event, which makes this all even sweeter.

What is the Royal Photographic Society?

Founded in 1853, the Royal Photographic Society promotes the art and science of photography. It received royal patronage from Queen Victoria and Prince Albert the same year. The society has more than 11,000 members and takes part in more than 500 events throughout the United Kingdom, and around the world.

“This patronage will further highlight the beneficial impact that art and creativity can have on emotional wellbeing, particularly for children and young people,” a statement from the royal family said.

Why Kate Middleton is a good fit for the role

Middleton is an amateur photographer and a former art history student who loves visual arts. According to a statement on the royal family’s website, she is the patron of the National Portrait Gallery, and in 2018, she became the first Royal Patron of the Victoria and Albert Museum in London.

How many patronages does Kate Middleton have now?

Middleton has more than five patronages that include childcare facilities, various museums, and more. They all align with her interest in health, sports, and art.

According to People, Middleton’s first patronage was for The Royal Foundation. The duchess received it in late 2011, just a few months after she married Prince William.

The Duke and Duchess of Cambridge, Prince George, Princess Charlotte and Prince Louis join The Queen and Members of @TheRoyalFamily to watch the @RoyalAirForceUK @RAFRedArrows fly past over Buckingham Palace, following Trooping the Colour, The Queen’s Birthday Parade. Trooping the Colour has marked the official birthday of the British Sovereign for over 260 years. Over 1400 parading soldiers, 200 horses and 400 musicians come together each June in a great display of military precision, horsemanship and fanfare to mark The Queen's official birthday.?PA @TheRoyalFamily #TroopingtheColour #BuckinghamPalace #QBP2019

Will the queen pass a patronage down to Meghan Markle?

We know you’re thinking it. And the truth is, she already has.

The queen passed down her patronage of the National Theatre to her other granddaughter-in-law in January 2019. Royal sources told The Daily Mail that she gave the Markle the role “as a mark of her growing confidence in the Duchess.” They added that Markle’s history as an actress makes her a “natural fit” for the position.

Markle landed the role just around eight months after she and Prince Harry got married.

Their Royal Highnesses see more of the vibrant Moroccan culture – joining a cooking demonstration with Chef Moha and children, who were cooking traditional dishes. Many of the children are from underprivileged backgrounds, and are part of a scheme to help open up the restaurant industry to young people. Children were also making Cherine Mallah’s Moroccan Pancakes from ‘Together: Our Community Cookbook’ – the charity cookbook, supported by The Duchess, which celebrates the power of cooking to bring communities together. #RoyalVisitMorocco #CookTogether. ?image 2 PA / image 1 +3 @kensingtonroyal

Does the queen have any patronages left?

Yes — and she has more than you probably guessed. According to the royal family’s website, she “has links – as Royal Patron or President – with over 600 charities, military associations, professional bodies, and public service [organizations].”

The site adds that they cover a wide range of issues, from opportunities for young people, to the preservation of wildlife and the environment.

Maybe the 93-year-old monarch will pass on another one soon, but you never know. Stay tuned for what happens.