‘The Bachelorette’ star Katie Thurston gets engaged to Blake Moynes

“Bachelorette” star Katie Thurston and her new fiancé Blake Moynes have been getting busy in the bedroom.

During a round of “The Newly Engaged Game” on last night’s episode of “Jimmy Kimmel Live,” guest host David Spade asked the pair, “Over the course of your short-ish relationship, how many times have you made whoopie?”

Thurston responded saying that they’ve done the deed 43 times, whereas Moynes claimed the amount was a solid 30.

“No chance! Katie Louise! I hope that vibrator’s in the trash,” exclaimed Spade, who will be guest-hosting the upcoming season of “Bachelor in Paradise.”

Thurston and Moynes got engaged during the Season 17 finaleof “The Bachelorette,” which aired on Monday night.

During the “After the Final Rose” special, the pair shared that they’ve continued to fall for each other. 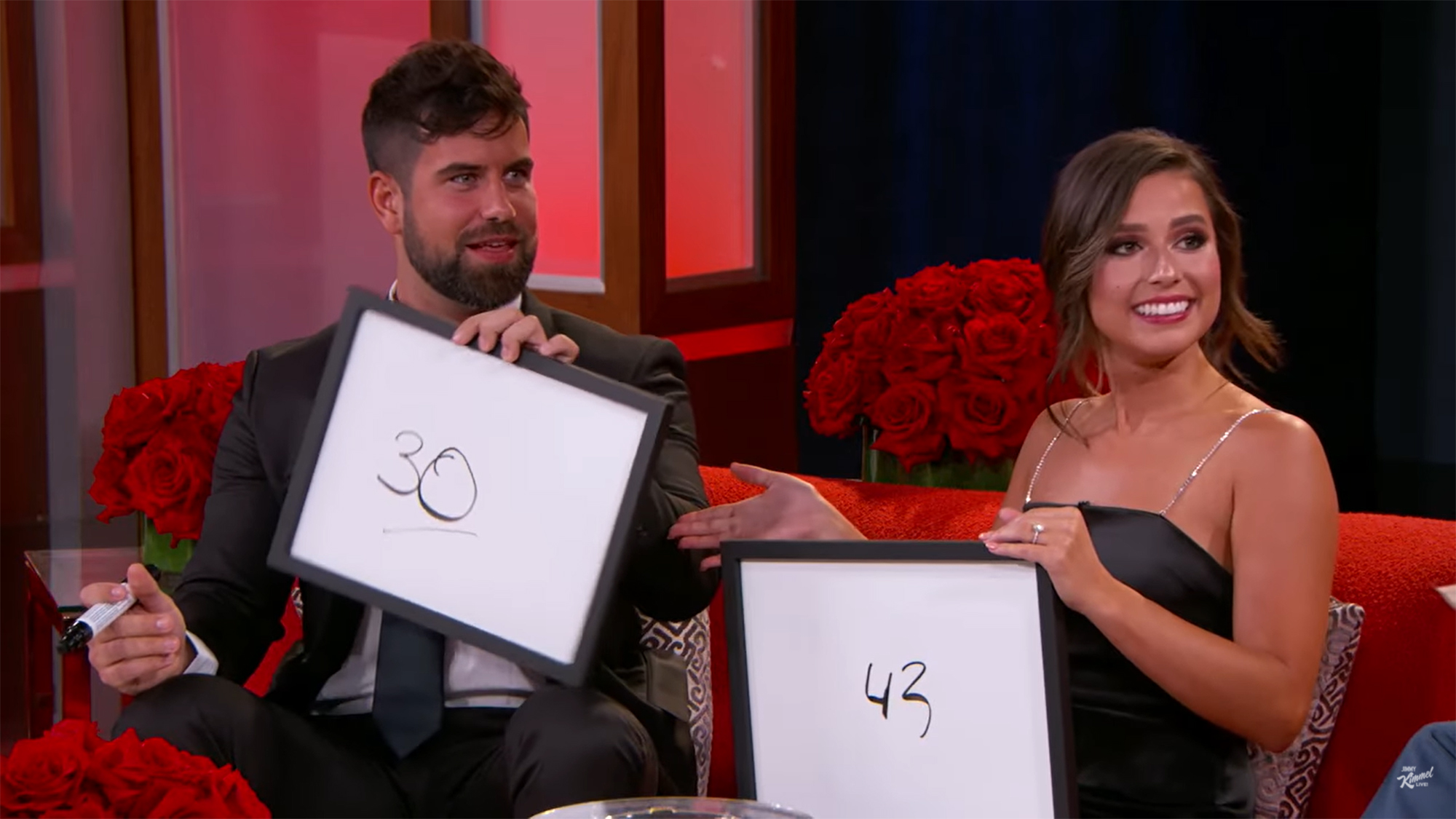 “Everyday our love continues to grow stronger and stronger,” Thurston had said. “We are not even the same couple you just saw go down on one knee. We are so much more already, and we’re just really excited to start our lives together.”

As Page Six Style reported, Moynes popped the question with a 3-carat oval-shaped sparkler set within a crown motif and a hidden halo of 90 smaller diamonds.

Of the ring, Thurston said, “just fits my personality…It’s simple and it’s elegant — and not too flashy. When I saw it, I just realized, ‘Wow, Blake knows me so well.’” 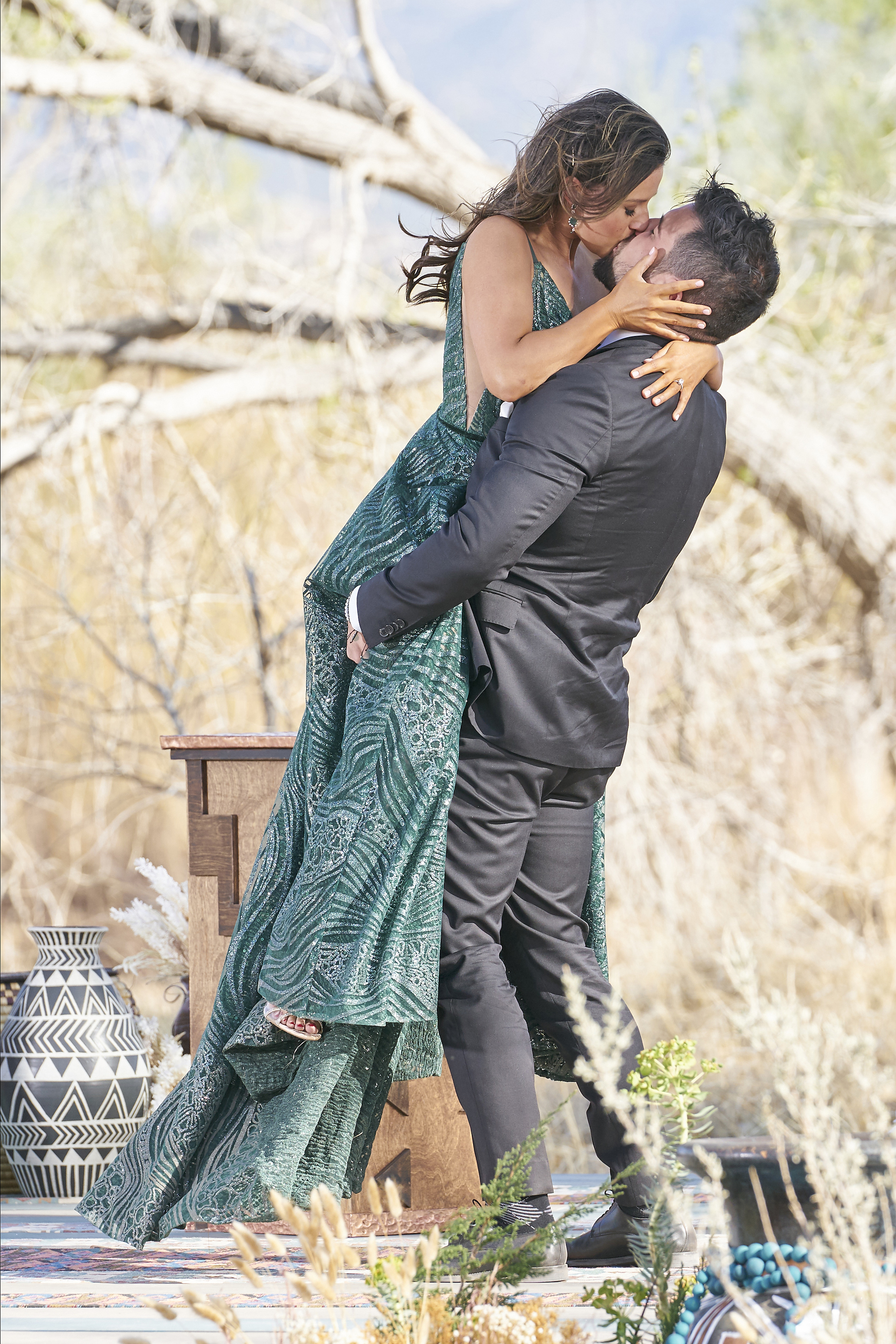 Their engagement came after Thurston ended her romance with contestant Justin Glaze and the explosive end of her relationship with Greg Grippo.

Thurston originally made her reality TV debut on Matt James’ Season 25 of “The Bachelor” earlier this year.