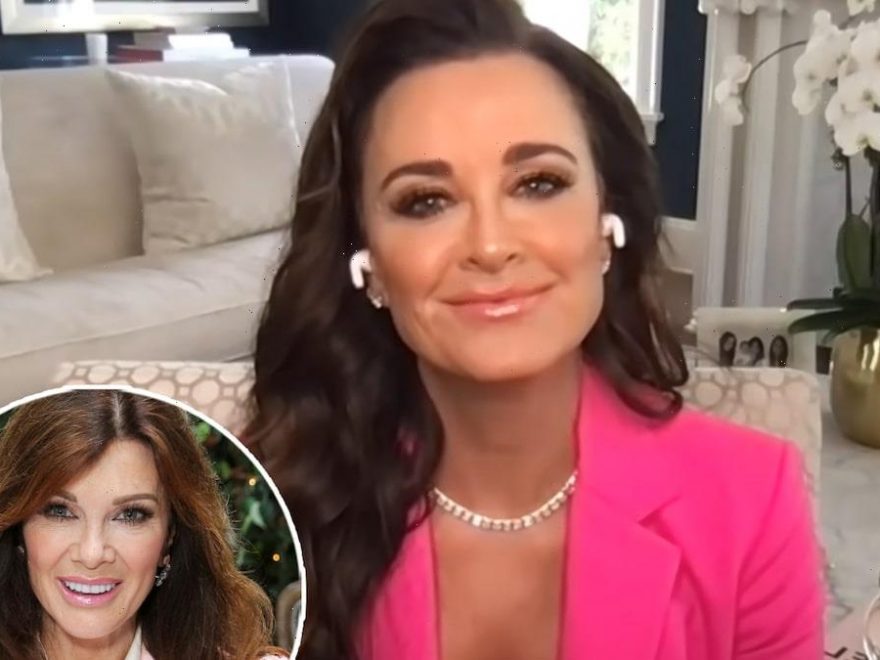 Richards claims LVP also “ruined” an autograph seeker’s photo by drawing mustaches on the other women in the cast.

Kyle Richards just spilled more about her recent run-in with Lisa Vanderpump — and claimed the “real story” is even more interesting than anyone knew.

In case you missed it, the two were dining at the same restaurant when Vanderpump sent her bill to Kyle’s table. Richards was eating with one of the “Real Housewives of Beverly Hills” producers and LVP thought it would be funny to ask him to pay, since her drama fueled some of the best years of the show. They didn’t get the joke and refused to pay and the restaurant simply charged the credit card imprint LVP left behind, in addition to a cash tip for the waiter.

Appearing on “Watch What Happens Live” on Wednesday, Andy Cohen asked Kyle for the “true story” of what went down.

“I was at dinner with one of our producers and she sent a bill over. She later said, because she likes to look at Twitter and see what the people who don’t know us say and everyone thought, ‘You couldn’t take a joke,'” Kyle explained.

“She never speaks to me when I see her and I say hello to her every time I see her, I go up, I’m polite,” she continued. “The last time she was so rude, this was actually the first time I didn’t go up to her table and say hello.”

Richards said she “wouldn’t doubt” that Lisa paid the bill herself eventually, but she still did leave and wanted it paid by someone else.

“But the most important part of this is, she left the dinner and when she went outside there’s a fan who collects autographs … and he had a ‘Real Housewives’ picture he wanted the whole cast to sign,” Kyle continued.

“Rinna had already signed it and Vanderpump put Xs through all of our faces and mustaches and crossed us out and then put a heart next to her name, signed it and ruined his photo,” she added. “That’s the real story. She’ll put a spin on it.”

LVP did take to Twitter after the episode aired and agreed with a fan who wrote, “The fact is @LisaVanderpump was joking with the producer not w you @KyleRichards so stop being such a drama queen. Also she didn’t ruin anyone’s picture because what she did is now a historical record of housewives history and I bet the photo could be sold for a good amount of $.”