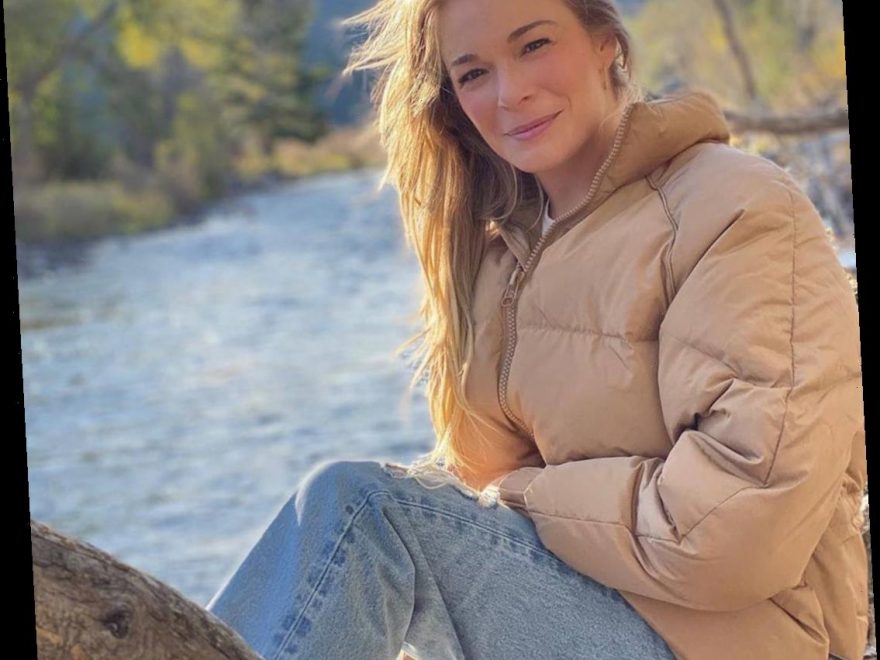 In a powerful new essay for Glamour, LeAnn Rimes talked about the pressure she felt to keep her psoriasis covered even when it was uncomfortable.

Singer LeAnn Rimes opened up about her struggle with psoriasis in a vulnerable new essay and photo series for Glamour.

LeAnn took nude photos for the magazine in order to shed awareness on her skin condition, which she was diagnosed with at the age of 2. Though LeAnn has spoken out about living with psoriasis—which causes bumpy red patches covered with white scales on her body—this is the first time she has shared photos of herself during a flare-up.

"Even though I've opened up, I've still kept hidden," LeAnn explained in her essay. "And when you're hiding your physical body, there's so much that rolls over into your emotional and spiritual mental health. You feel like you're holding yourself back—like you've been caged in."

The "How Do I Live" singer revealed that she was able to get her condition under control in her 20s, so much so that she stopped the regular shots to manage it. But things changed for her this year.

"All hell broke loose in the world—and inside of me, as I'm sure it did for so many other people amid this pandemic," she shared. "Suddenly I went from doing what I love, and being surrounded by people, to just hanging around the house in sweats. Stress is a common trigger for psoriasis, and with so much uncertainty happening, my flare-ups came right back."

This Bachelorette Sneak Peek Might Be the Most Dramatic Yet

Scarlett Johansson and Colin Jost Get Married in Intimate Ceremony

Where to Buy Beyoncé's Ivy Park x Adidas Drip 2 Before It Sells Out!

Taking the nude photos allowed LeAnn to see past her skin condition. The musician, who is married to actor Eddie Cibrian, added that while she was insecure about her skin, Eddie claimed he "didn't even see" her condition.

"Will these photos change the way I live? Will I wear shorts out to the grocery store? I honestly don't know," LeAnn continued. "But what I do know is that it's amazing how small we can keep ourselves. When you finally allow yourself to step outside of what you've been caging in, the whole world opens up. There's freedom in even just putting one foot outside the door."

LeAnn told Into the Gloss in 2015 that wearing fewer clothes is a reminder of how she's managed her skin issue.

"I've had it under control for about 10 years, so it's been this liberating thing for me to be able to wear shorts and a bikini," she explained to the outlet. "People make so much fun of me and my bikinis, but I would walk around naked if I could because I was one big scab at one point!"

Check out the photos over on Glamour.