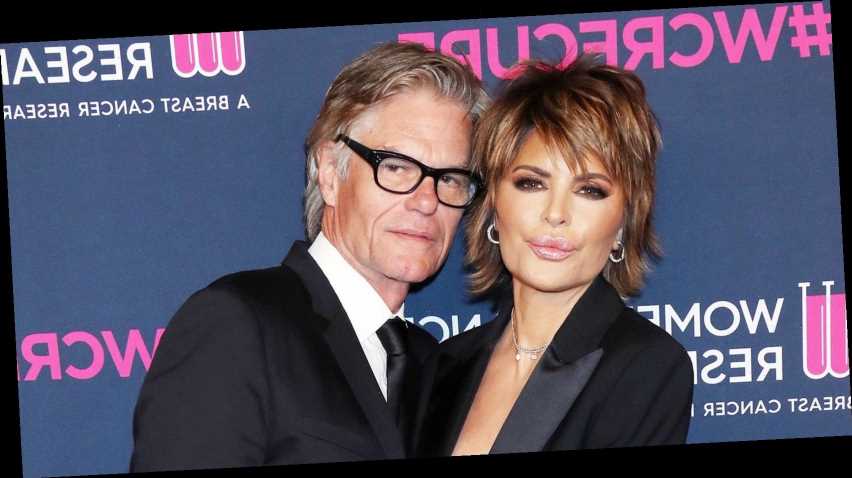 Own it? No need! Lisa Rinna laughed off a Twitter user who claimed that Harry Hamlin cheated on the Real Housewives of Beverly Hills star.

Celebs Fight Back on Social Media

“My girlfriend f–ked Harry Hamlin in muskoka for an entire summer in 2018 – you wanna talk about that @lisarinna ??? Or do you want to talk about his affair with Patricia? #RHOBH #wwhl,” the troll tweeted on Wednesday, September 16, after the final part of the Bravo reality series’ season 10 reunion aired.

In a second tweet, the anonymous Twitter user admitted that they “don’t have any receipts” to prove the story before further alleging, “[Harry] told @lisarinna he’s ‘off the grid’ for a few days and then literally spent an entire 2 days in my friends bedroom and at her cottage.”

“Yeah and I watched it was hot as hell,” the actress, 57, jokingly commented on one post. “Patricia well she’s kind of [a] downer I did’t [sic] like her so much.”

Fans began to wonder who “Patricia” could be, and one Instagram user commented, “If Patricia is Patricia Altschul from Southern Charm, I would watch every second of that.” In jest, Altschul, 79, responded, “Yep… it was me !!” The socialite also clapped back at a hater who pointed out her age, writing, “So?????”

During Wednesday’s season finale of RHOBH, Rinna’s 20-year friendship with Denise Richards came to a head when she pulled out screenshots of text messages between the Wild Things star, 49, and Brandi Glanville in an attempt to prove that the two women had an affair. Much of season 10 centered on the allegations, which Richards vehemently denied before deciding to leave the show earlier this month.

After Rinna held up a stack of papers containing Richards and Glanville’s texts, the Real Girl Next Door author warned, “You better be careful saying this because yours will be shown too.”

Former ‘RHOBH’ Stars: Where Are They Now?

The argument brought viewers back to a 2015 episode in which Kim Richards similarly threatened to expose Rinna by muttering, “Let’s not talk about the husband,” referring to Hamlin.

Us Weekly has reached out to Hamlin’s rep for comment.