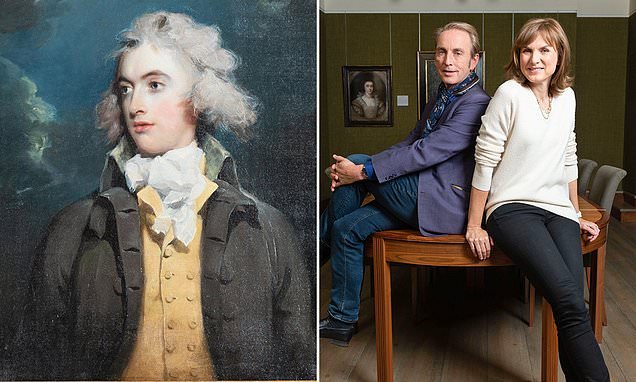 A painting originally valued at £8,000 turns out to be a lost masterpiece by renowned painter Sir Thomas Lawrence worth half a million pounds in Fake Or Fortune?

The 18th-century portrait was originally thought to be the work of pioneering but little-known female artist Maria Cosway.

However, an investigation by the BBC programme revealed it is actually an early work by Sir Thomas – a leading English portrait painter who was known as a towering artist of Regency glamour.

The re-discovered work, which had been passed down through generations in the London-based Cecil family, was given a new estimated value of £500,000. 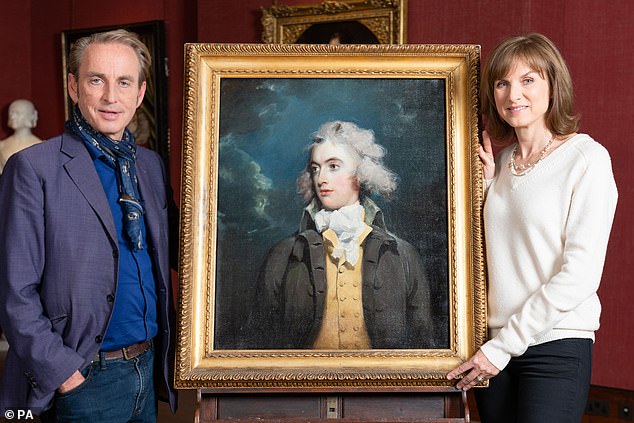 Philip Mould (pictured with co-host Fiona Bruce) discovered a lost masterpiece by Sir Thomas Lawrence which is estimated to be worth half a million pounds in Fake Or Fortune? 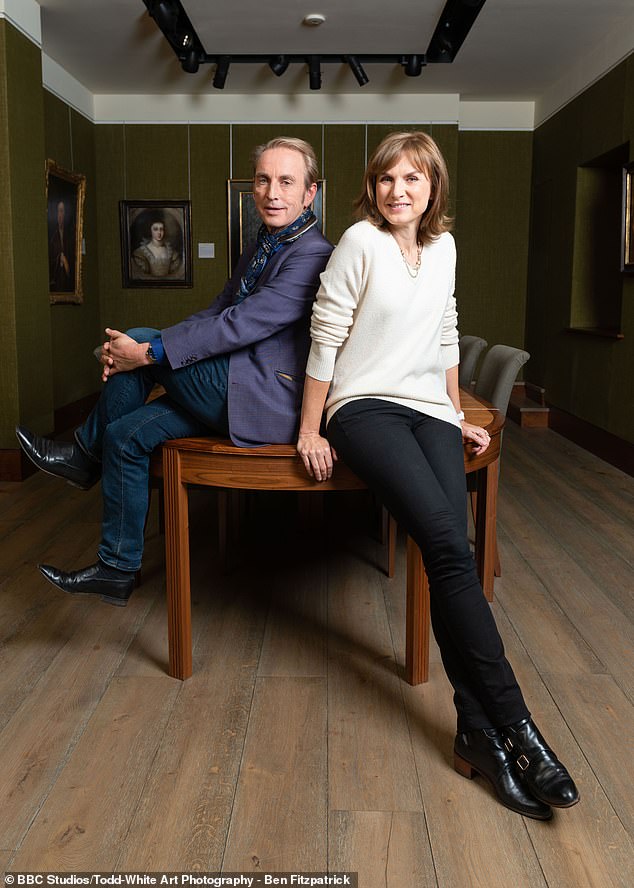 Philip Mould and Fiona Bruce looked into the story of the Peniston Lamb painting in tonight’s episode of BBC One’s Fake or Fortune?

Tonight’s episode followed the journey of Hugh and Mirabel Cecil, who wanted to know more about the portrait of Hugh’s distant ancestor, Peniston Lamb II.

The family had long thought the painting was the work of Cosway, but Fake Or Fortune? host Philip Mould believed it to be by Sir Thomas, one of his favourite artists, as soon as he saw it.

‘It had all the signs of a painting by the great Thomas Lawrence but clinching evidence came later,’ said Mould, an art dealer and art historian who co-hosts the programme with Fiona Bruce.

‘Using science to look beneath his wig at Lawrence’s frenetic brushstrokes was a revelation. It really is such a thrilling find by the team, and our most glamorous discovery in over 30 episodes of Fake or Fortune?’ 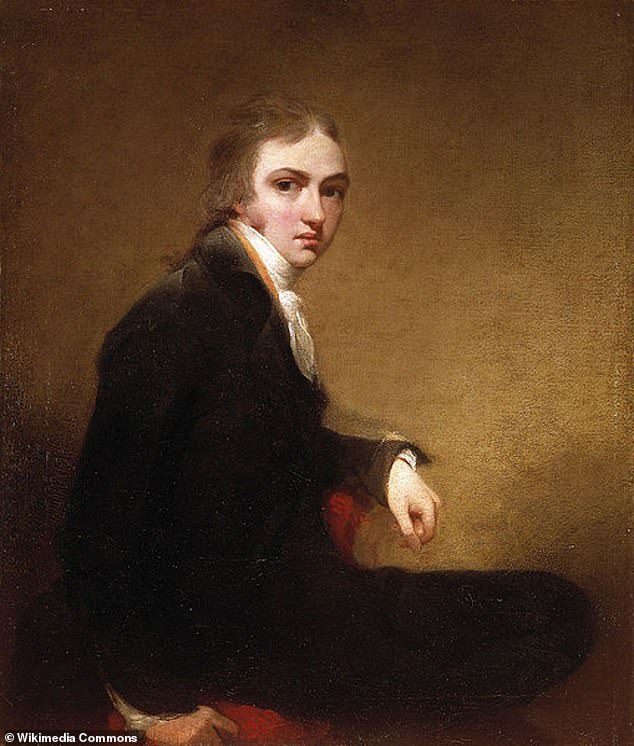 A 1788 self-portrait by Sir Thomas Lawrence when he was around 19-years-old. The painting of Peniston Lamb is one of his early works 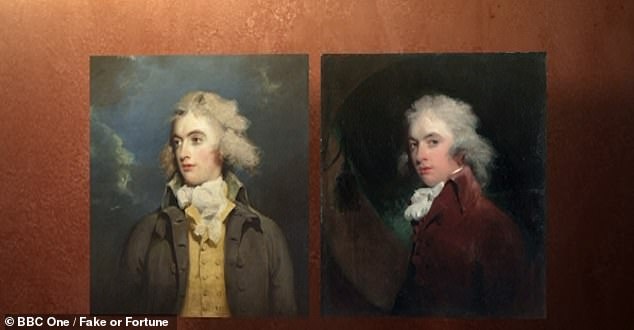 The painting of Peniston Lamb II is owned by the Cecil family who live in London. Mould said the portrait is Fake of Fortune’s most glamourous find in the last 30 episodes of the show. Pictured: Two paintings of Peniston Lamb by Air Thomas Lawrence, side by side

The team of investigators travelled to some of the country’s grandest houses to learn more about the family heirloom, with Bruce tracking the provenance of the work down through the generations.

Along the way, it was discovered that Peniston Lamb was part of the aristocratic Melbourne family, who had connections to royalty, and Lord Melbourne, who was prime minister in the mid-1800s.

A dossier of evidence was studied along with the painting by leading experts on Sir Thomas, art historian Professor Brian Allen and former curator at the National Portrait Gallery Dr Peter Funnell.

They concluded that the painting dates from around 1790, and Dr Funnell described it as a ‘very fine example of Lawrence’s early works.’

On learning of the portrait’s true value and worth, the Cecils were shocked, and Mirabel said she hoped it would remain in the family.

Fake Or Fortune? airs on BBC One on Thursdays at 9pm. 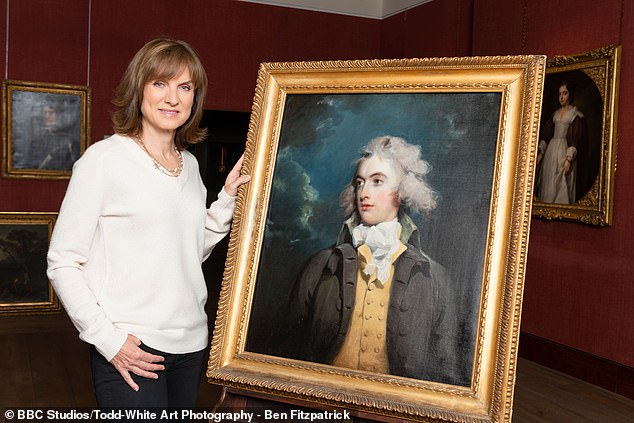 Fiona Bruce (pictured) posing with the painting of Peniston Lamb II, which was the subject of tonight’s episode 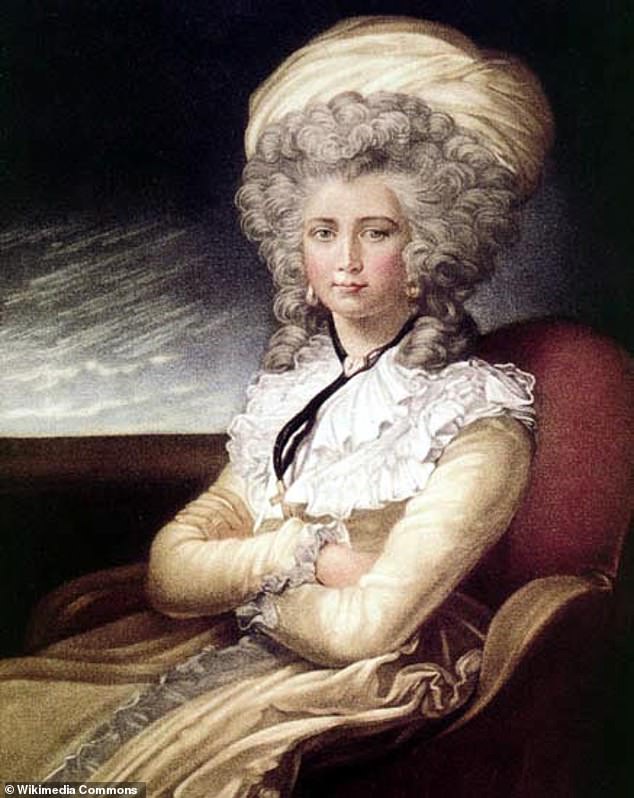 A self-portrait of Maria  Cosway, a little known painter who lived from 1760 to 5 January 1838. The Peniston Lamb painting featured in the episode was wrongfully attributed to her