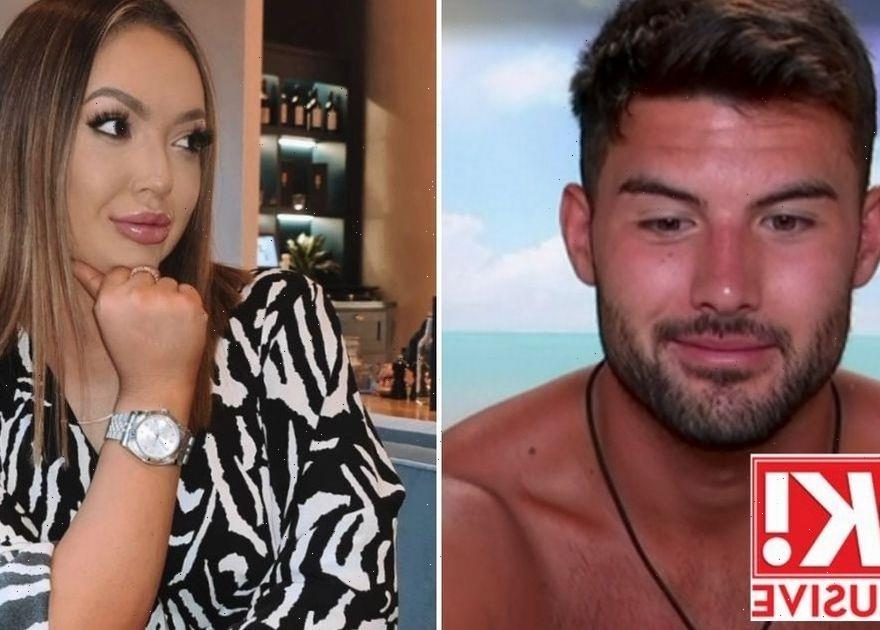 Liam Reardon has broken not only Millie Court's heart, but those of millions across the nation as Love Island super-fans were left dumbfounded by the Welshman's wondering eyes at Casa Amor.

The 21-year-old labourer, from Merthyr Tydfil, seemed to have fallen hard for Millie Court, 24, and convinced us all that he only had eyes for his 'Millie Moo'.

Then came Casa Amor, the ITV2 dating show's ultimate loyalty test, which as we all know didn't end well for Liam.

Former islander Sharon Gaffka spoke exclusively to OK! and shared her opinion on whether or not pal Millie should give Liam a second chance.

When asked, the future lawyer, 25, simply said: "Not at all. Millie deserves a million times better."

It comes after Millie was left in bits after Liam's 'lad's holiday' antics at Casa Amor were revealed last week.

Ever since his "connection" with Lillie Hanyes was unveiled to Millie and the rest of the shocked islanders, Liam has been taking steps to try and win back the Essex beauty.

From the get-go, the fashion buyer's administrator was clear on where she stood with Liam, and that his behaviour meant she'd "never be able to trust him".

Sharon backed Millie's strength, telling us: "Watching the past few episodes I've been like 'yes girl, 100 per cent stick to your guns'".

However, it hasn't been so easy for Millie to maintain that strong front, as her feelings for Liam are still apparent.

On last night's episode, we saw Liam planning a grand gesture for his former flame, after he, along with the help of pal Jake Cornish, had already tried – and failed – to regain Millie's interest.

Having written her a note under her pillow which made references to his penis, unsurprisingly, the blonde bombshell didn't take it as a romantic, and quipped "he'll have to try harder than that".

Speaking about the islander and his efforts so far, Sharon stated: "Liam has the mental capacity of a sixteen-year-old boy".

The following evening, Liam got up in front of the stage which had been set-up in the villa's garden for pop star Mabel.

Following the singer's performance, Liam took to the stage in front of his fellow Islanders and stated: "I've got something I want to say. I've been told I need to go big or go home."

He pulled out his phone, on which he'd prepped a speech for Millie, saying: "You blew me away with your flawless looks, piercing blue eyes, infectious smile and amazing personality that draws me to you.

"It's the way you make me smile without even saying anything that brings me back for more."

He continued, calling Millie his soulmate: "I didn't expect to come to Love Island and find a potential soulmate so early on, but I've found that and so much more in you.

"I've never been one to have boxes that need ticking, it's all about how someone makes me feel. I've never felt this way before".

When asked about whether or not Millie will give in to Liam's efforts, Sharon sighed as she said: "I think she might succumb to the pressure.

"She knows if she doesn't pick him he's probably going home."