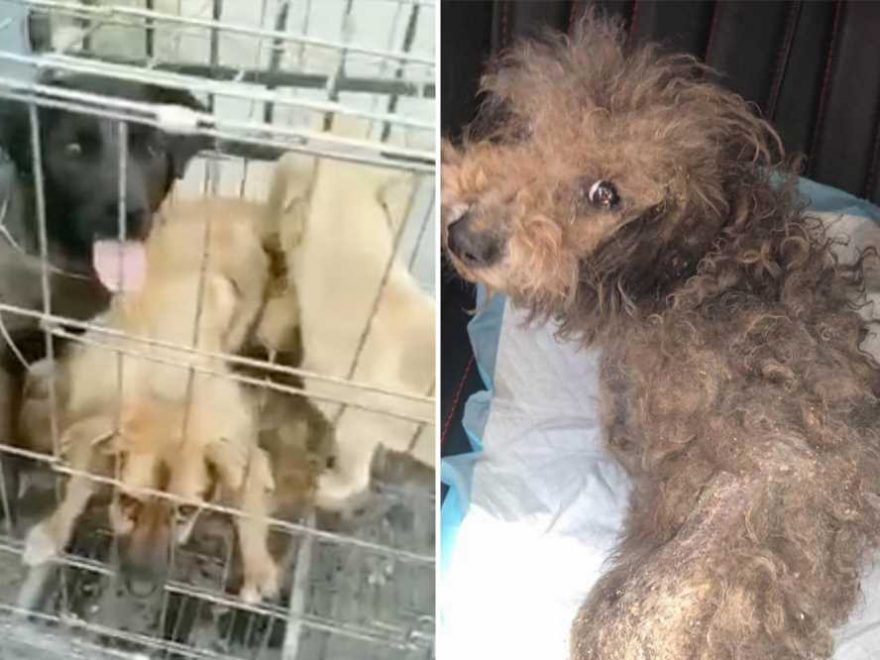 A dangerous mystery mail trend has resulted in the deaths of numerous animals.

Despite Chinese law forbidding the transportation of live animals, there continues to be a market for “blind box” mail-order pets, in which shoppers buy a pet of an unknown breed through the post.

On Monday, the illegal fad yielded tragic results when animal advocacy group Chengdu Aizhijia Animal Rescue Centre discovered 160 puppies and kittens in a courier truck for company ZTO in Chengdu, the BBC reported. All of the creatures were under 3 months old, and a number of them were dead, the group reported.

Those that were still alive were visibly and audibly distressed.

“The cargo box is full of screams from cats and puppies,” the group wrote on the Chinese social media site Weibo.

Video posted on the platform showed the inside of the truck full to its ceiling with piles of boxes containing the traumatized animals.

The intercepted creatures received medical treatment from volunteers with the group, who spent the night feeding and inspecting them for medical issues. The Rescue Centre said that 38 of the cats and dogs required medical treatment and that the rest of the animals had been brought to their headquarters and were being prepared to be resettled.

In response to the incident, ZTO said it had suspended and deducted the annual performance bonus of the individual charged with delivery safety in Sichuan province, the BBC wrote. It also formally apologized to the public, admitted to breaking Chinese postal law and said it would implement better postal safety and animal protection training, a Chinese news site reported.

Although state media reports the “blind box” trend is wildly popular — with other animals including lizards, rats and tortoises also reportedly being sold on certain websites — the incident has inspired significant new backlash.

“Let’s talk about boycotting pet blind boxes again. What they need is a home, not an uncertain possibility,” one user wrote on Weibo, according to the BBC. State media also refreshed calls for buyers and sellers of the blind boxes alike to have “more goodwill and more respect for life.”