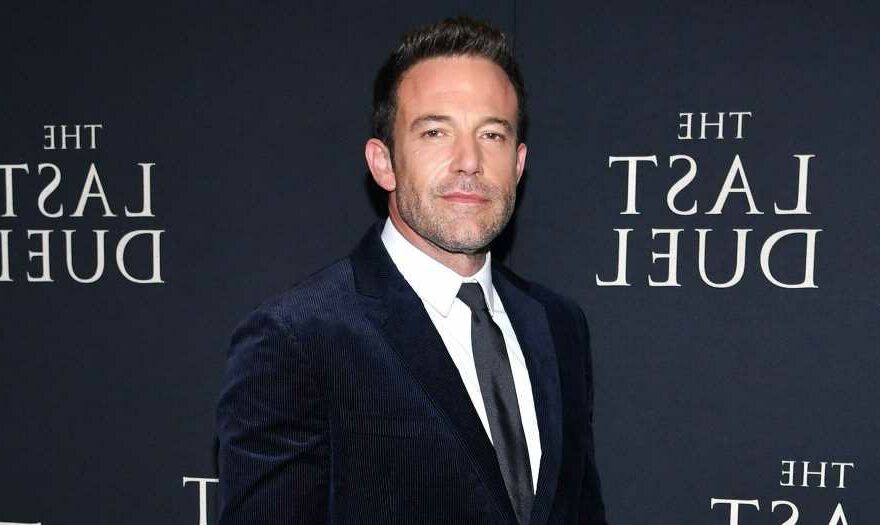 The groom’s green room! Ben Affleck and Jennifer Lopez exchanged vows in a no-frills wedding — and they even kept their preparation casual.

The Argo director, 49, and the Grammy nominee, 52, obtained a marriage license in Clark County, Nevada, on Saturday, July 16, and tied the knot in a small Sin City ceremony. While describing the special day in her “On the JLo” newsletter, the bride gave fans a glimpse of how she and Affleck got ready to walk down the aisle. 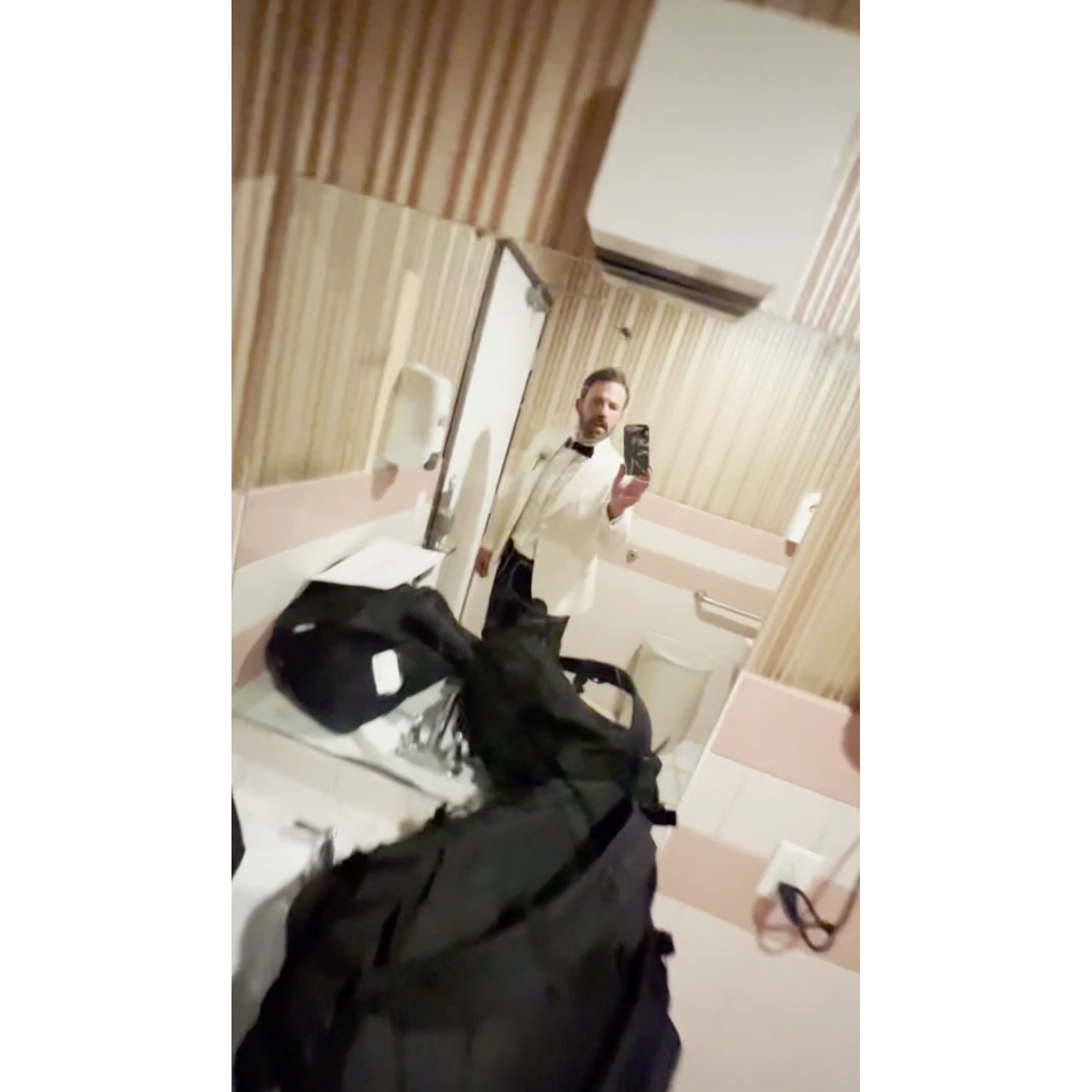 “We barely made it to the little white wedding chapel by midnight. They graciously stayed open late a few minutes,” Lopez wrote, noting that she wore “a dress from an old movie.” For his part, Affleck donned “a jacket from [his] closet.” 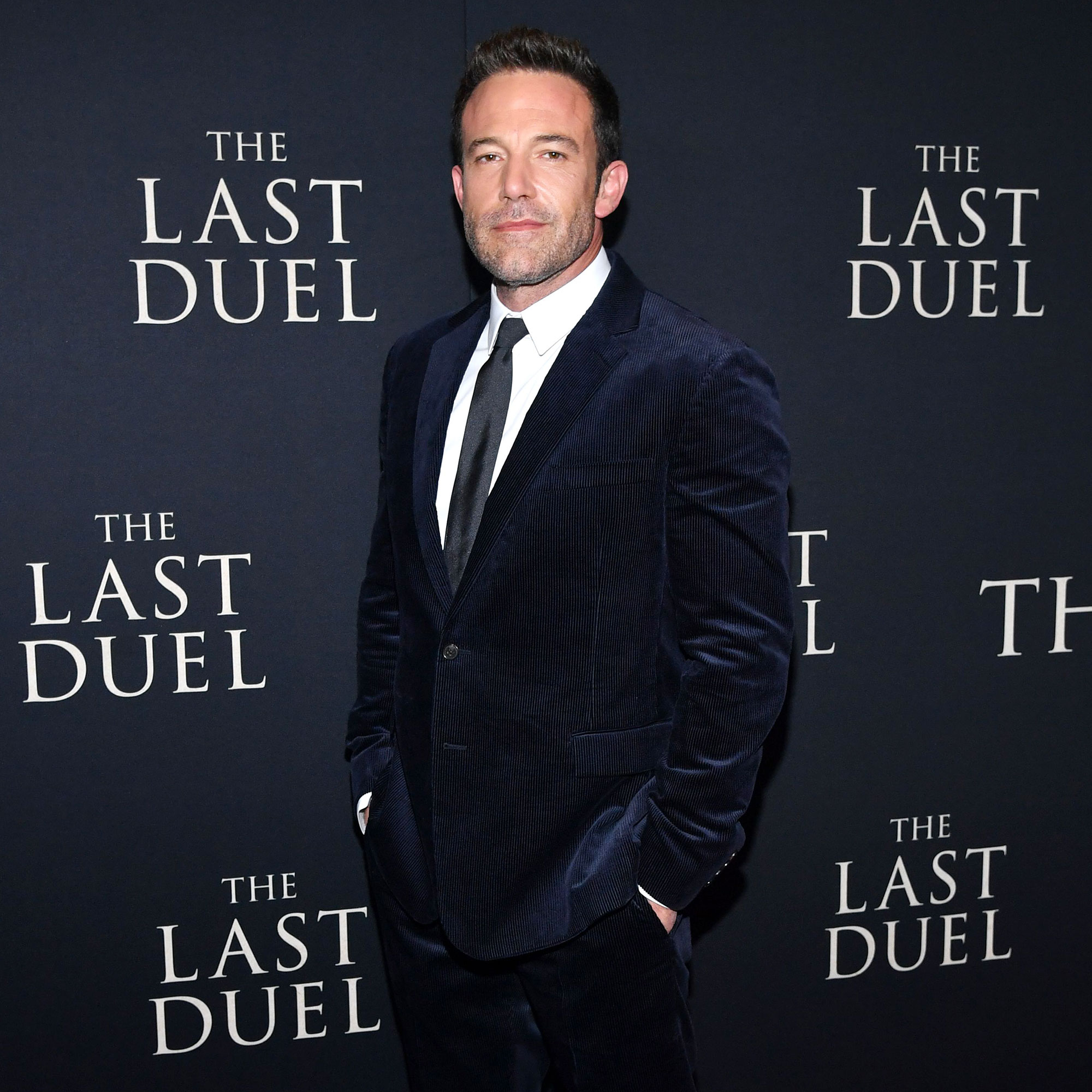 The “Marry Me” songstress called it the “best night of our lives,” giving the venue a shout-out for “letting me use the break room to change while Ben changed in the men’s room.”

Video footage accompanied the newsletter, showing Affleck recording with his cell phone in the chapel’s bathroom. “And this, was my wedding changing area,” he narrated as he pointed the camera at the mirror.

Lopez and the Gone Girl actor were previously engaged in the early aughts, but they called off their romance before they ever wed. The twosome rekindled their relationship in April 2021 following Lopez’s split from fiancé Alex Rodriguez, and Affleck proposed nearly one year later.

The pair’s Vegas wedding was very different from the nuptials they planned 20 years ago, which would have hosted hundreds of guests. “They both are so comfortable with each other and make each other so happy, so they don’t want to wait any longer,” a source exclusively told Us Weekly of the intimate ceremony. “They both thought it was a fun and casual way to tie the knot.” 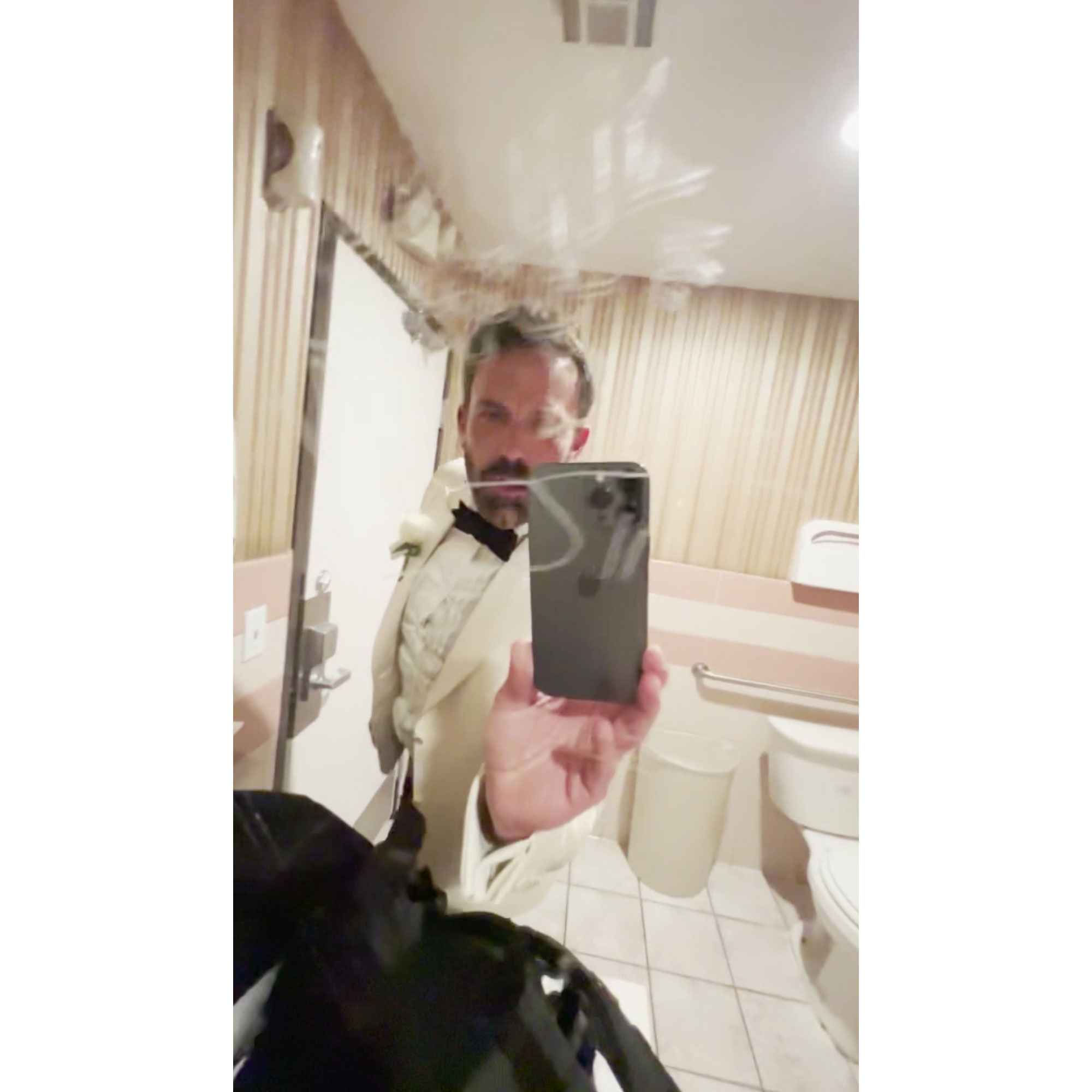 One month before tying the knot, Lopez reflected on her full circle journey with her now-husband. “It’s a beautiful moment,” she gushed to Entertainment Tonight before the premiere of her documentary, Halftime. “It’s really surreal to be here. … It’s halftime! I keep saying that. It’s so funny, we were talking about this today, ‘Champions are made in the 3rd and 4th quarter. That’s when you win!’ I feel like there’s a lot left for me. So, I’m very excited about it. I do think it’s just halftime.”

Everything Ben Affleck and Jennifer Lopez Have Said About Their Romance

The “Jenny From the Block” artist previously admitted that she never expected to reunite with Affleck after their 2004 breakup. “I don’t think anybody was more surprised than us,” she said on The Ellen DeGeneres Show in February. “You never could imagine something like that could happen. It’s a beautiful thing.”

Ahead of their nuptials, a source told Us that Lopez was ready to make things official with the Oscar winner. “Jennifer will tell you she’s not in a rush to get married, but her friends think otherwise,” the insider revealed in May. “The truth is that if Ben wanted to push this forward as early as this summer, she’d be totally down with that. … [She] wants the formalities out of the way so they can start their journey as man and wife sooner rather than later.”

The Justice League star was previously married to Jennifer Garner, with whom he shares Violet, 16, and Seraphina, 13, and son Samuel, 10, from 2005 to 2018. Lopez, for her part, shares twins Emme and Max, 14, with ex-husband Marc Anthony.