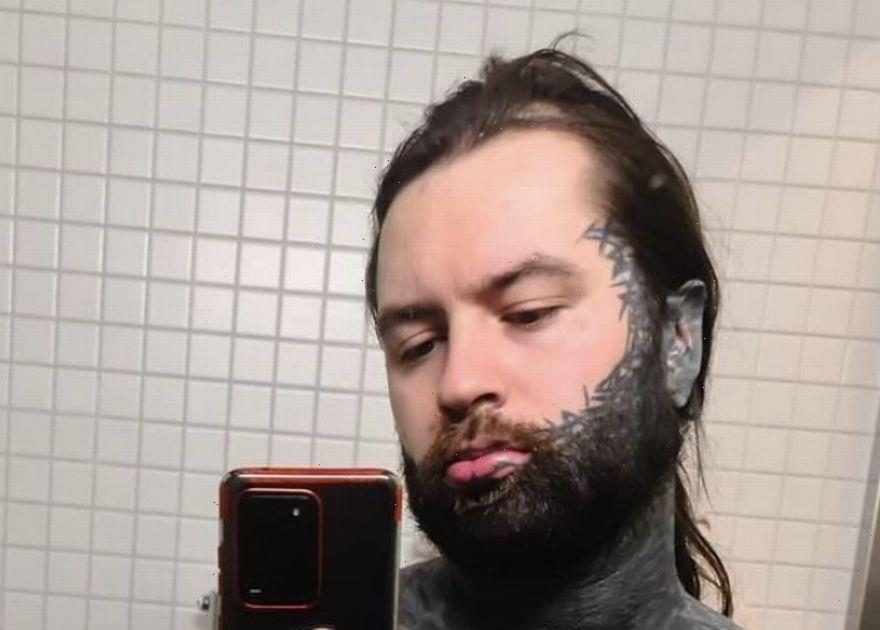 A extreme tattoo enthusiast who has inked every part of his body – including his genitals – has revealed the most painful parts to undergo the blackout artwork.

Yannick Rick, known as The Evil Blackwork & Bodymod, has so far spent a whopping 400 hours in the chair and spent £9,000 to alter his appearance with black inked tattoos and even underwent a tongue splitting procedure and nipple slicing.

If that's not got you squirming in your seat, the 26-year-old has opened up to share his incredible journey and amassed a huge following of 77,800 loyal fans over the years.

But, in an Instagram post he has shared some photos and revealed which parts of the body hurt the most when having tattoos.

He asked his followers: "What was your most painful tattooed body part till now?"

Then, he shared a detailed photo before adding: "Palms for me is one of the places."

He posted the comment with a photo showing his blackened palm with his upturned fingers showing the only bare skin around his pale nails.

Despite the pain, Yannick doesn't seem like he's slowing down and one of only two parts of his body that hasn't been completely tattooed yet is his back where it reads "The Evil".

That just leaves his face as the only remaining area untouched.

Though Yannick's style and taste might not be to everyone's fancy, he even has an OnlyFans account where subscribers can pay to see his scars.

But, in another post of him in the nude with his hands covering his genitals, one user commented, "You look f*****g awesome brother" with a black heart emoji.

Another user made a joke about Rick's blackout obsession on a post which features his dog lounging in the background, asking, "When are you gonna dye your dog black?"

Meanwhile, a tattoo fan who got inked at 16 explained why her face tattoo is her favourite.

And, an inked up model slammed trolls for claiming she had 'ruined her face" with intricate designs.