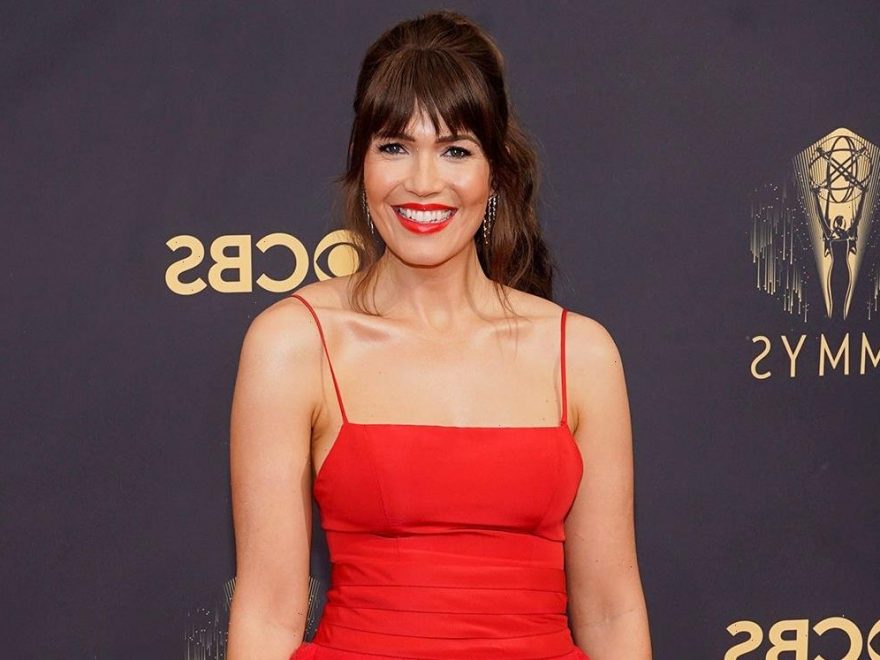 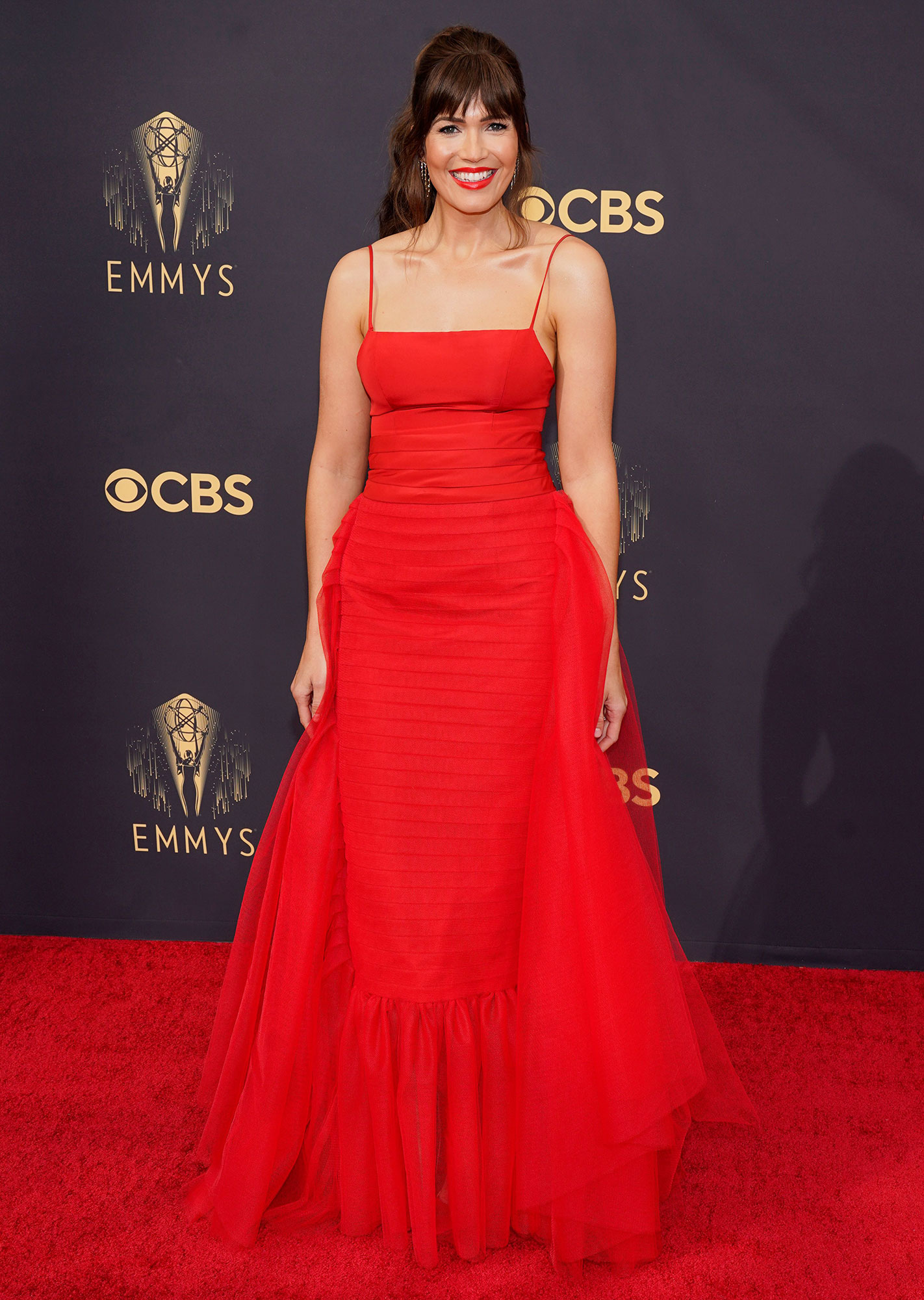 Red carpet ready! Mandy Moore didn’t forget her breast pump while getting ready for the Emmys on Sunday, September 19.

See What the Stars Wore to the 2021 Emmys

“Tonight’s MVP accessory!” the This Is Us star, 37, captioned an Instagram Story photo of her device ahead of the awards show. Moore’s show, in which she plays Rebecca Pearson, has been nominated for Outstanding Drama Series this year. 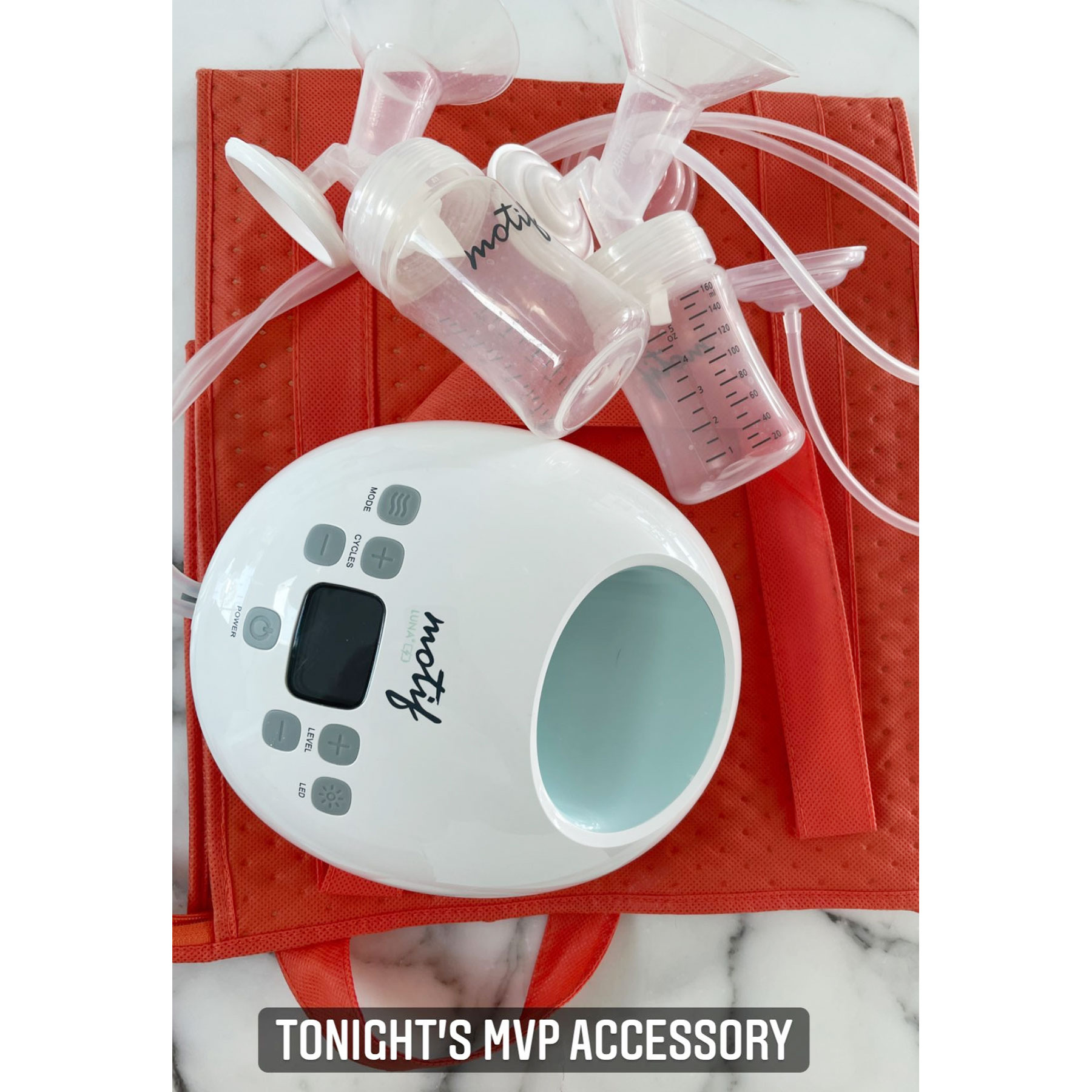 On Saturday, September 18, the actress prepped for the 73rd annual show with a trip to the spa. “Working some magic for the Emmys tomorrow,” the New Hampshire native wrote via Instagram Stories. “No makeup and greasy hair aside, thanks for making this tired mama look like I got some zzz’s.”

The Princess Diaries star became a mom in February when her and Taylor Goldsmith’s son, Gus, arrived. “He was punctual and arrived right on his due date, much to the delight of his parents,” the singer said her Instagram followers at the time. “We were prepared to fall in love in all sorts of brand new ways, but it goes beyond anything we could have ever imagined.”

The Golden Globe nominee has been open about the ups and downs of her breast-feeding journey since the little one’s birth.

“I feel — knock on wood — very lucky,” Moore said during a “Dr. Berlin’s Informed Pregnancy Podcast” episode in March. “I think maybe because I had such a grueling labor, the gods were smiling down on me in terms of breast-feeding. … He latched immediately. I haven’t had any issues with supply. … I have a lot of milk, so his feedings are not super long. He gets plenty in eight to 10 minutes. Sometimes he doesn’t get to go to the other side during a feeding because he gets plenty of milk. But yeah, it hasn’t been a huge issue.”

The following month, the Emmy nominee told her Instagram followers that she was suffering from a clogged duct. “Definitely doing football holds and exclusively nursing on the one impacted side, lecithin, massage, hot epsom salt baths, etc.,” she captioned an April Instagram selfie. “I have a suspicion it’s from being back at work and pumping more often than having him on the boob during the day. All good.”

The A Walk to Remember star has also shared multiple photos of herself nursing Gus while still in her This Is Us character’s elderly makeup. “That’s a wrap from season 5, now I’m just feeding my child,” Moore joked on her Instagram Story in May. “I hope he’s not going to need therapy for this later.”