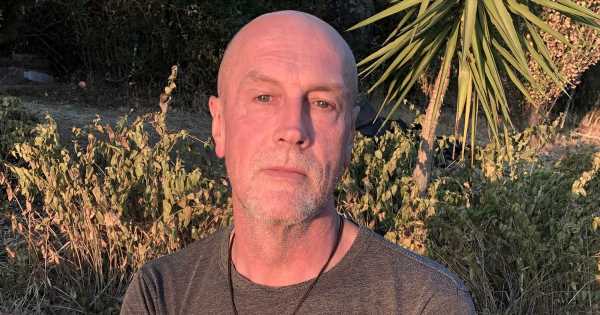 A survivor of the Marchioness disaster which claimed 51 lives has spoken of his fury that nobody has been held to account 30 years after the tragedy.

“I put my head down in to the water and we were pretty much nose to nose and I knew it was Tony. That moment is basically frozen in time for me. But he was obviously caught on the front of the boat and he was dragged away from me.

"It was impossible. I had to help my girlfriend to keep her afloat.

Andrew Sutton, 58, still battles horrifying flashbacks of plunging in to the Thames and watching his friends perish.

His memories of August 20 1989, when a boat packed with 130 partygoers was struck by a vast dredger and crushed, is still as vivid “as if it was yesterday”.

Only 79 people made it out of the Thames alive, with many drowning below the Marchioness’s decks – which was forced underwater in just 30 seconds by the bow of the 1,850 ton dredger.

Among the scores of dead were Andrew’s friends Chris Garnham, a talented portrait photographer, and Tony Loh Manyem, a photographic assistant.

The horrifying sight of Tony being dragged to the depths of the Thames – caught up in the foundering boat – is a moment frozen in time.

It later emerged that the lookout on the dredger, the Bowbelle, had been drinking.

But two cases against him for failing to be an effective lookout ended in a hung jury.

And as Andrew, now the owner of a photographic company, prepares to mark three decades since his friends died, he says he is “still angry” that no-one has taken responsibility.

He told the Mirror: “It still feels inconceivable that somebody can be at the helm of a boat like that in the middle of London, drunk. You read about pilots being arrested now at Heathrow for drinking. My brother is a senior merchant navy navigational officer – I know how strict he is.

“To know that somebody is in charge of a massive piece of equipment like that drunk is just not right.

“I still feel angry towards every single system that failed that allowed him to do that.

"As far as I’m concerned, everybody who was involved in allowing that situation to happen in the first place has the blood of the 51 people that died on their hands. It’s like getting in a car drunk.”

He also still feels the sting of injustice that survivors were treated like a “bunch of Hooray Henry’s”.

Despite the horrifying death toll, victims were made to feel “not important”, he added.

The late night party cruise was organised for the birthday of a wealthy 26-year-old banker Antonio de Vasconcellos, who had invited friends including a string of rising stars in fashion, photography and finance.

“It felt like the Marchioness was not important – like we were just a bunch of hooray Henrys,” he said.

“If half the amount of people died today in central London – virtually in front of the houses of Parliament – there would be outrage. But for us it was like no, go home.

“I was given a taxi from the hospital and had to walk through all these cameras and photographers pushing at you.

"I just went home and it took a couple of days before anyone official tried to contact me.”

He added: “There were ordinary people on that boat – Tony wasn’t rich and I am certainly not from a posh background. That aspect – that people thought everybody was so privileged – was probably the most hurtful thing you could imagine.

“Some of the things they alleged were just awful. They were very hurtful and they made us feel really, really bad inside.

“That’s why I didn’t talk about it for 20 years because it made me feel ashamed of myself to be caught up in disaster like that.”

Andrew – always a strong swimmer – and his then-girlfriend were among the last to be pulled out of the Thames alive after surviving 20 minutes in strong currents.

But he has been plagued by PTSD ever since, with the vision on the Bowbelle’s looming bow haunting his dreams and the smell of diesel and sounds of the ship’s motors coming flooding back at a moment’s notice.

Andrew, then 28, was working as a graphic designer in the music business and was at home with the summer flu before his friend Chris convinced him to leave his sick-bed and join the festivities.

But not really in the party spirit, he sat in the front of the Marchioness for most of the night – until the vast dredger came crashing into them near Southwark Bridge at 1.46am.

“Thats the memory that lives with me daily, with PTSD. You just can’t get it out of your head – the vision – the sight – the memory – it’s just indelibly etched on to your brain,” he said.

The 85ft long Marchioness was dwarfed by the 262 foot aggregate dredger, which struck the pleasure boat from the rear, turning her to port where she was hit again and pushed under the dredger’s bow.

It took just 30 seconds for her to sink.

He recalled: “One minute you are looking at the London skyline and the next minute the whole city starts tipping over at 45 degrees and you’re staring down in to the Thames with nowhere else to go but there.

“My first action was to get away from a sinking boat and get away from another large boat that’s likely to mow you down. I managed to kick off from the bow. I grabbed my girlfriend at the time, Helen, whose clothes were dragging her down.

“On top of that Tony – I didn’t know where he was – then he grabbed hold of my legs underwater.

“I couldn’t work out what was going on – I had someone on my arms and someone pulling on my legs.

“I put my head down in to the water and we were pretty much nose to nose and I knew it was Tony. That moment is basically frozen in time for me. But he was obviously caught on the front of the boat and he was dragged away from me. It was impossible. I had to help my girlfriend to keep her afloat.

“After that as the Bowbelle passed by I thought how the hell are we going to stop ourselves from getting sucked in to these propellors.

“I could see the tops of propellors going round distinctly on the water – it was really banging and clunking not the water as it passed by. We were only about 15 feet from the motors.

"I come from a maritime family and know the dangers of propellors and being in the water. I made an effort to pull Helen away from the wreckage out into the water. And that’s where we stayed.

“I spent the next 15 to 20 minutes trying to keep her afloat. She was getting heavier and heavier.

“I tried to help some other people but they drowned in front of me – or I never saw them again and consequently found out they’d perished.

"We were floating around not too far off the Southbank centre near the National Theatre, and that’s when I basically started to lose consciousness. After that long trying to keep someone else afloat you are very tired. That’s when my energy gave up.

“A police boat turned up. I was in state of semi-consciousness. They thought I was dead. Your mind is confused – I thought have I died now?”

After he was pulled from the water he spent a few hours in hospital before he was put in a taxi home alone. By Thursday, he was back at work.

It took eleven years for officials to finally hold a public inquiry in to the horrific accident in 2000, after years of campaigning from survivors and victim’s families.

Its report concluded poor lookout from both vessels caused the collision.

The Bowbelle itself was sold to a Portuguese company shortly after the tragedy and renamed the Bom Rei in 1990.

And ten years ago, Andrew, now an experienced diver, took a team underwater to confront the ship that had claimed his friends’ lives.