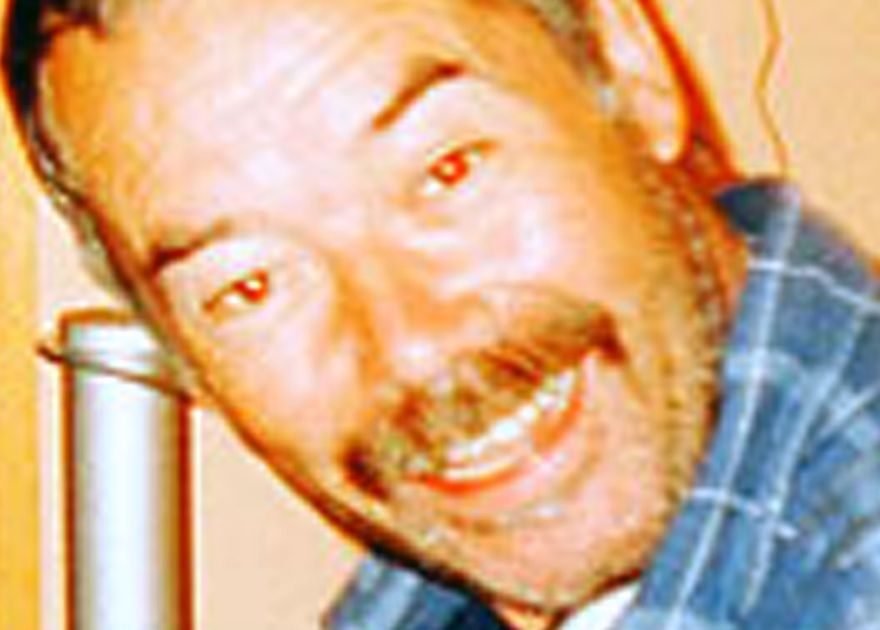 With the nation horror-struck as the Yorkshire Ripper’s murder spree went on, police hunted for the man who sent a tape recording claiming to be the killer.

But the two-minute message and three letters from the man dubbed Wearside Jack were a twisted con that left evil Peter Sutcliffe free to murder at least three more women.

Four decades after his hoax in 1978 and 1979 hobbled the police inquiry, John Humble has died aged 63.

He was an alcoholic and living alone under an assumed name in a scruffy ground-floor flat.

Neighbours were unaware of his true identity and some friends only found out this year when they watched a TV documentary about the Ripper.

One pal said: “He used to say ‘Do you know who I am?’. He was destroyed by what he’d done.

“He spent most days drinking from morning till night in a bar and at home. It was Lambrusco and Carling mainly.

“He was on benefits because he was in no state to work.

“The guilt he felt was life destroying. The man we knew was a gentle giant who would help anyone out.”

It is believed Humble’s ex is now looking after their dog – called Jack. The death certificate says Humble died of heart disease and “chronic alcohol misuse”.

Humble, who was from Sunderland, was 23 in June 1979 when he sent the tape to West Yorkshire police Assistant Chief Constable George Oldfield, who was leading the inquiry.

Oldfield was conv­inced the man on the recording was the killer. At a press conference, stunned journalists listened as the tape was played.

The voice said: “I’m Jack. I see you are still having no luck catching me.

“I have the greatest respect for you George, but Lord!, you are no nearer catching me now than four years ago when I started. I reckon your boys are letting you down, George. They can’t be much good can they?”

“At the rate I’m going I should be in the book of records… I’ll keep on going for quite a while yet. I can’t see meself being nicked just yet…

“Well, it’s been nice chatting to you, George. Yours, Jack the Ripper.”

Oldfield launched a £1million publicity campaign to find the man with the Wearside accent and questioned 40,000 men.

Softly spoken Yorkshireman Sutcliffe, of Bradford, was quizzed but released several times – partly because he didn’t sound like Wearside Jack.

When Humble realised police were taking him seriously, he phoned to tell them it was a con. But they didn’t believe him. Days later, in September 1979, Sutcliffe bludgeoned to death student Barbara Leach, 20, in Bradford.

The Ripper killed civil servant Marguerite Walls, 47, in Leeds in 1980.

His 13th and final known victim, student Jacqueline Hill, 20, was murdered later that year in Leeds.

Her mum Doreen said that Jacqueline would not have been murdered if it had not been for the Ripper hoaxer.

Humble’s con began in March 1978 with a letter to police and another to the Daily Mirror.

It said: “I told [Oldfield] and I am telling you to warn them whores I’ll strike again and soon when heat cools off.” Police received a third letter in March 1979.

Humble had evaded justice for nearly 30 years when in 2005 a cold case review by West Yorkshire police matched his DNA – taken after he was arrested for being drunk and disorderly in 1991 – to a sample taken from one of the letters.

He was jailed for eight years for perverting the course of justice.

Sutcliffe, finally caught in 1981, wrote to Humble to tell him he had “blood on his hands” for the last three murders.

After Humble was released in 2009, he was moved to South Shields, Tyneside, and given a new identity, John Samuel Anderson.

It is understood he died in July.

Neighbours said that three weeks ago an ambulance and police arrived at the rented flat where flies hovered in the window.

Lydia Lindsey, 73, from Sunderland, who knew Humble, said: “John was a nice lad, he made a mistake in his life.”

Ian McCabe, 59, who had known Humble since school, said he often spoke of his regret over the Wearside Jack hoax.

He added: “I think that is why he drank, to forget.”

The hoax ruined Humble’s life, according to one of his closest relatives. She said: “He was a good looking man when he was younger, bit of a Jack the Lad.

“But he turned to drink and tried to take his life three times.”

Humble made the recording on an old tape deck in the family’s council house.

Under interview after his arrest in 2005, he said: “[The Ripper case] was getting on my nerves. It was on the bloody telly all the time. I shouldn’t have done it. I know that – because it’s evil.”

When freed, he told his family: “It was a spur of the moment thing with the first letter, then I got carried away with it.” It is thought he was partly motivated by a hatred for police.

He had been arrested aged 19 for kicking an off-duty officer in the head. For that crime, Humble was sentenced to three months at a young offender institution. Two years earlier, he was convicted of burglary.

The recording finished with a 22-second excerpt from Thank You For Being A Friend, a 1978 song by Andrew Gold.

Another pal said: “I’d known him for years before I found out who he really was.

“When I found out it freaked me out at first but then I thought everyone deserves a fresh start.

“And he told us that the music ‘Thank You for Being a Friend” at the end of the tape had been a mistake. It was his sister’s tape and it had her music on it.”

The recording haunted Oldfield to his death. He took early retirement and died in 1985, at the age of 61.

Hoaxer tried to drink away the pain and guilt

Pals of John told of their shock and said he'd spent years “drinking away the pain and the guilt.”

A few of his long-term friends told how they'd only just discovered his true identity after a TV documentary was aired about the Ripper hoax earlier this year.

“He used to say 'Do you know who I am?' He was destroyed by what he'd done,” one pal, who lived near him in South Shields, said.

“John would put on this happy front but he told us he regretted not jumping from the Newcastle bridge when he was younger.

“He moved to South Shields because it was safer for him here after he got beaten up so badly he ended up in hospital. He spent most days drinking from morning till night in a local bar and at home. It was Lambrusco and Carling mainly.

“He said he regretted everything he'd done and would tell us: 'I'm a changed man'. He was on benefits because he was in no state to work."

It got worse about eight months ago when his ex took their dog Jack.

“The guilt he felt was life destroying. He served his time but really he was given a life sentence. The man we knew was a gentle giant, who would help anyone out.”

Another pal added: “I'd known him for years and years before I found out who he really was.

“When I found out it freaked me out at first, but then I thought everyone deserves a fresh start. I asked him to say 'Hello, my name is Jack to me' and he did.

“He told us the music 'Thank You for Being a Friend” at the end of the tape had been a mistake. It was his sister's tape and it had her music on it.”

March 1978  Ripper has already killed eight times when Humble sends his first hoax letters out. The first goes to Assistant Chief Constable George Oldfield and then the Daily Mirror. Both letters carry a Sunderland postmark.

March 1979  Third hoax letter arrives, to Oldfield. Saliva on the envelope reveals the rare B secretor blood group – the same as a man who had sex with a suspected Ripper victim, Joan Harrison, before her death.

September 14, 1979  Humble tries to call police off with anonymous call saying it’s a hoax; Oldfield doesn’t believe him. The same month, September 1979, Sutcliffe pounced on student Barbara Leach, 20, in Bradford. He bludgeoned her with a hammer and stabbed her with a screwdriver.

August 20, 1980  Civil servant Marguerite Walls, 47, was killed as she walked home from working late in Leeds

January 1981  Sutcliffe is arrested by two police officers in Sheffield while with a prostitute. He confesses to the Ripper murders.