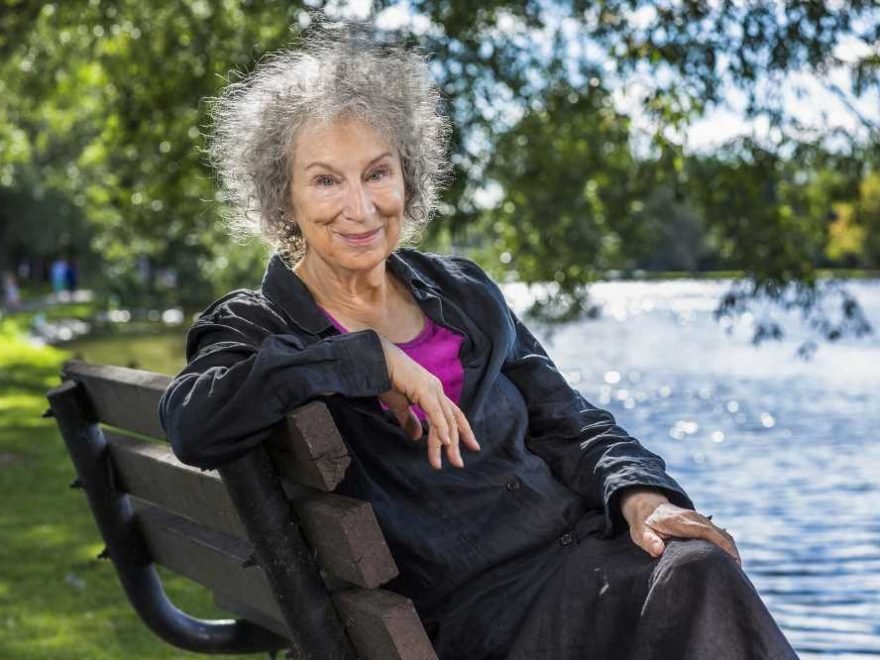 The Testaments, Margaret Atwood’s much-anticipated sequel to her 1985 bestselling dystopian novel The Handmaid’s Tale, crackles with a rare electricity from its first page. It begins 15 years after the events of The Handmaid’s Tale — the novel, that is, not the popular Hulu series that is now three seasons deep into its expansion of Atwood’s tale — and with the voice of one of the original book’s most unsettling characters, Aunt Lydia.

Aunt Lydia tells her own story — of how she came to be celebrated with a statue, one that stands in front of Ardua Hall — but also, how she first came to power in the Republic of Gilead. She is one of the “Founders” who set the rules, including the establishment of a breeding class of women called the Handmaids, who are forced to bear the children of the powerful and then hand them over to the often barren Wives.

Lydia promises to dig up the bones she’s buried over the years, for the edification of a future reader, presuming these pages ever find their way to one. (They do and are dubbed the Ardua Hall Holograph by 22nd century scholars.) It’s a chilling invitation, one no Atwood fan can resist, and one likely to win the 79-year-old author even more devotees.

Can you read The Testaments without having read The Handmaid’s Tale? Sure, it can stand alone on its own compelling feat, but closing it, you’ll likely want to go back and meet Offred, whose history shapes this book. There are two more narrators, whose stories appear in the form of witness transcripts. The first is Agnes Jemima, the daughter of Commander Kyle and his Wife, Tabitha. The second is Daisy, who recounts her own story of growing up in Canada with her parents, Neil and Melanie. They run a thrift store called The Clothes Hound, are protective and secretive and entirely kind, but as Daisy learns, they are not her real parents, nor is Daisy her real name.

As these stories run in tantalizing parallel, Atwood terrifies, teases (Aunt Lydia is wickedly funny) and sometimes she breaks her characters’ hearts, sending them into the kind of isolation that is one of the best weapons of a totalitarian regime.

There is not a dull voice in this propulsive narrative, not a moment that doesn’t drive it all forward while still enabling the reader to feel what it is to be trapped in Gilead, where no one is free but the men who rule, who replace one wife with a younger one, over and over again, while using the Handmaids for procreation.

As it charges to a wise and and moving end, The Testaments answers the important questions left from the original. It also addresses, very directly, the way to survive in dark times, namely collecting and documenting the stories of corrupt leaders, and then exposing them. If back in the relative innocence of the 1980s The Handmaid’s Tale made readers shiver over what the patriarchy has already wrought and could do again in our future, The Testaments reminds us of the power of truth in the face of evil.

The Testaments by Margaret Atwood goes on sale Sept. 10.