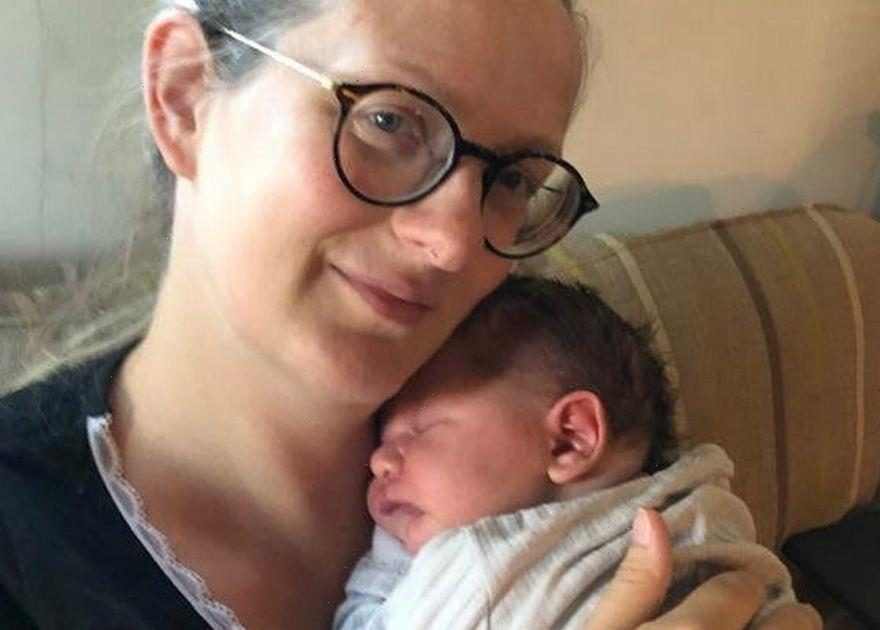 Meet the mums who gave birth to super-size babies in lockdown.

During the pandemic, the women dropped jaws when they welcomed some of Britain’s biggest newborns into the world.

One lass shocked staff at hospital with her hefty tot – with some even mistaking her huge bump for twins!

The other super-mums weren't fazed when they went into labour in the comfort of their own houses.

Staggeringly, they managed to get through the home births with only gas and air for pain relief.

Earlier this month, a mum gave birth to one of the biggest babies in the UK.

Jade Bayer’s bump was so big people thought she was having twins.

But in actual fact, the 33-year-old just had 11lb 5.5oz Ronny-Jay Fewtrell in her tummy!

He was delivered in the small hours of April 5 after a 16 hour labour at the Worcestershire Royal Hospital.

Midwives who aided in Ronny-Jay’s delivery were aghast at his size and made sure to double check it – he was the biggest baby to ever be delivered at their hospital.

Jade, from Worcester, said: "We had an inkling at the very beginning Ronny was going to be big.

"I was big straight away, there was no hiding my pregnancy from the beginning.

"A lot of people were joking it was twins again because I carried bigger with Ronny than with the twins.

"The midwives were laughing saying his umbilical cord was like a tow rope.

"He went completely off the growth charts where they put the estimated weight and length – I think he was about the size of a four month old baby."

A super-mum gave birth to a whopping 12lb 0.5oz baby with just gas and air for pain relief.

After going into labour at 2am, mum-of-four Ayshah Maton delivered her daughter Eloise on her living room floor on March 12 at 12:14pm.

The newborn is thought to be the second biggest baby girl born naturally in the UK – after baby Suzie Gzowski tipped the scales at 12lb 12oz in January 2012.

But surprisingly, Ayshah describes the delivery as an “amazing” and calming experience.

The mum, from Ashendon, Bucks, was surrounded by her husband Gari, two midwives, and a doula instead of going through labour in a busy hospital.

And not only that, she was able to tuck herself up in her own bed after welcoming Eloise into the world.

The proud parent, who is also mum to sons Ethan, seven, Hugo, five, and three-year-old Cooper, is used to having big babies.

She joked: "I don't know how, but we just seem to produce big babies.

"I was expecting her to weigh in at around the 11lb mark – but she did surprise us a bit when she turned out to be the biggest baby."

In June 2020, a mum gave birth to one of Britain’s biggest babies during lockdown – in her own home.

Emma Fearon’s third child Atticus James weighed in at 11lb 6oz, which is equivalent to a bowling ball.

The 34-year-old sat in a birthing pool and used hypnobirthing techniques to get through labour with nothing but gas and air for pain relief.

After three hours of pushing, she delivered the baby in her house in Thornton-le-moore, Cheshire, and didn’t even need stitches.

Emma said: ''I birthed him in a pool with the midwife arriving with only half an hour to spare.

''I only had a couple of puffs of gas and air and got away with no stitches."

The super-mum added: 'It just goes to show what women's bodies are capable of and a nice reassurance for those that are predicted to have big babies."

Atticus has joined Emma’s other children – who were also pretty weighty babies.

Aria, three, tipped the scales at 10lb 8oz when she was born, while two-year-old Amelia was 9lbs.