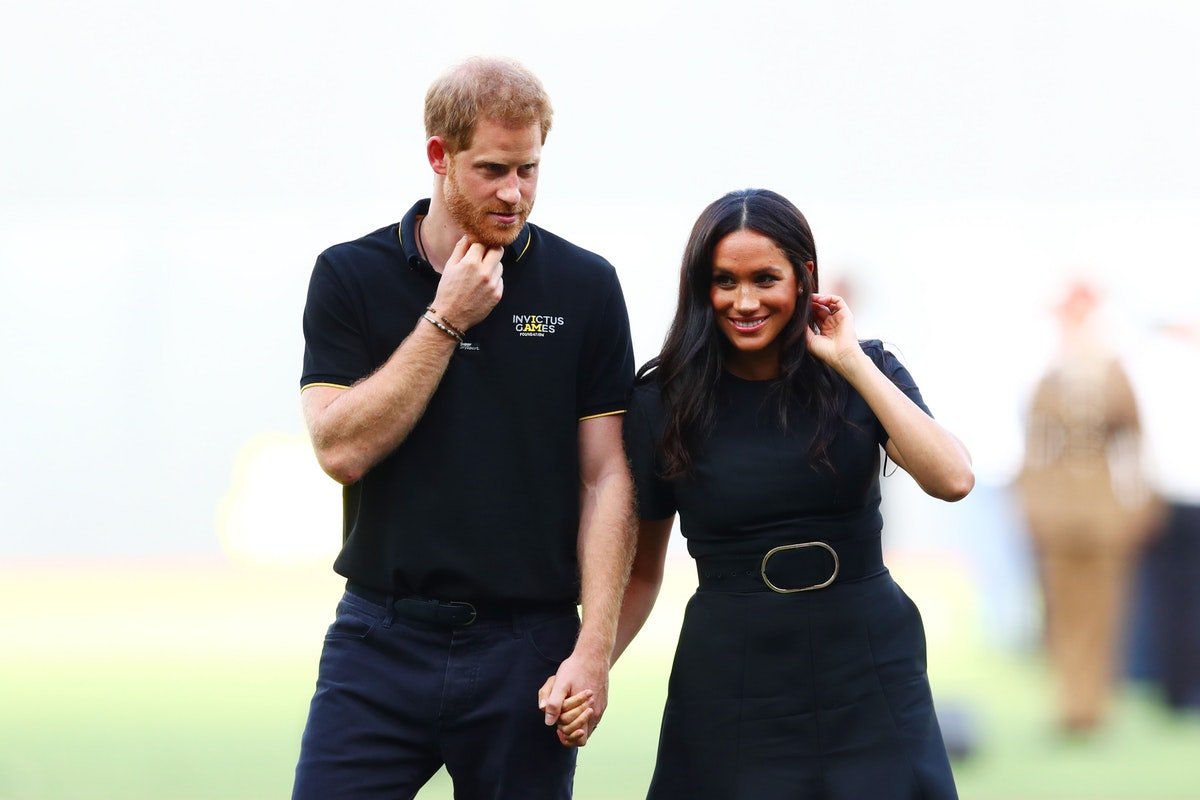 The Duke and Duchess of Sussex are all about family life — and that’s not limited to their own son, baby Archie. On Monday, July 22, Meghan Markle and Prince Harry shared a birthday message for their nephew Prince George. The pair responded to one of the photos posted to the Kensington Palace Instagram account commemorating Prince George turning 6 years old with a heartfelt comment and some celebratory emojis.

In addition to that birthday post, Kensington Palace shared a photo of Prince George from a recent holiday as well. The royal account once again thanked their followers for sharing special birthday messages for the Duke and Duchess of Cambridge’s son.

As mentioned, Prince Harry and Markle made sure to wish their nephew well on the social media platform. Commenting from their joint Sussex Royal Instagram account, the two wrote: "Happy Birthday! Wishing you a special day and lots of love!"

The comment also included birthday cake and balloon emojis, which supports the popular fan theory about who runs the account. In April, followers hypothesized that Markle was behind the Sussex Royal account due to the choice of emojis, as well as the fact that the duchess deleted her personal social media.

While it was short but sweet, not all fans were satisfied with Markle and Prince Harry’s birthday message. In the comments, some questioned why the couple did not address their nephew as His Royal Highness or Prince George, as per E! News. But it’s worth noting that Markle and Prince Harry have previously left birthday messages on Instagram for Prince Louis and Princess Charlotte that used only their first names, likely because they are close family.

Despite the reaction online, there’s not actually any ill-will among the royals. In fact, Markle and Middleton recently had a play date with their kids at the King Power Royal Charity Polo Day in Berkshire. Prince Harry and Prince William were both participating in the charity event.

On July 13, the Sussex Royal Instagram shared a picture of Markle and Middleton attending Wimbledon together, writing, "Today, The Duchess of Sussex accompanied The Duchess of Cambridge, Patron of the All England Lawn Tennis and Croquet Club (AELTC) to the Ladies’ Singles @Wimbledon final."

It’s clear that the Duke and Duchess of Sussex have been making plenty of time for family these days, from planning play dates to sending birthday wishes. Considering how close the royals are, the comment for Prince George’s birthday was likely appreciated by Middleton and Prince William, who will surely celebrate when Baby Archie has his first birthday too.