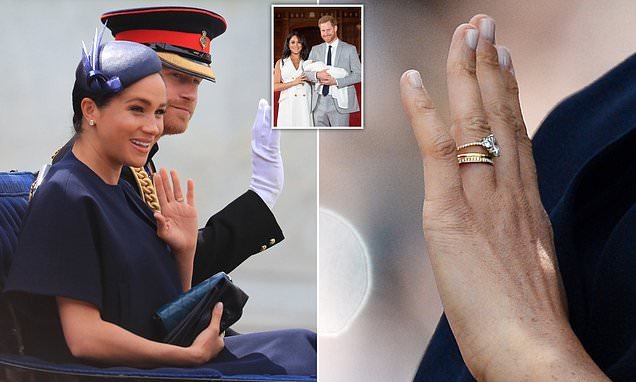 Secret of Meghan’s new eternity ring: Diamond-encrusted band has Duke and Duchess of Sussex’s birthstones AND Archie’s set on the underside – after Harry created it with top jeweller

The Duchess of Sussex was spotted wearing a new, third ring on her wedding finger at Trooping the Colour last month; an eternity ring gifted to her by Prince Harry to celebrate a year of marriage.

However, there is much more to the romantic present than just a diamond-encrusted band.

The stones that feature on the gold band have more meaning than initially thought, after it was revealed the birthstones of both Harry, Meghan and baby Archie feature on the underside of the ring, out of public view.

The ring, which sits next to the Duchess’ engagement and wedding rings, has a Sapphire for Harry’s September birthday, a peridot for Meghan in August and an emerald to represent Archie’s May arrival. 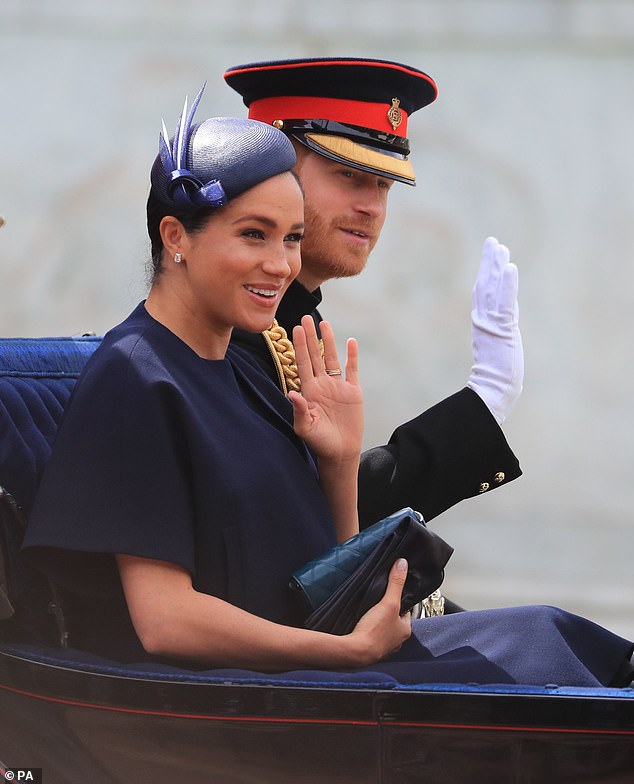 At Trooping the Colour in early June, eagle-eyed royal fans spotted that Meghan was wearing an Eternity ring on her wedding finger. Now, it’s been revealed that the ring was a gift from Prince Harry to mark the couple’s first wedding anniversary on May 19th

The diamond-encrusted sparkler appears to be set with clear stones; however, the underside of the ring carries the more colourful birthstones of Meghan, Harry and baby Archie 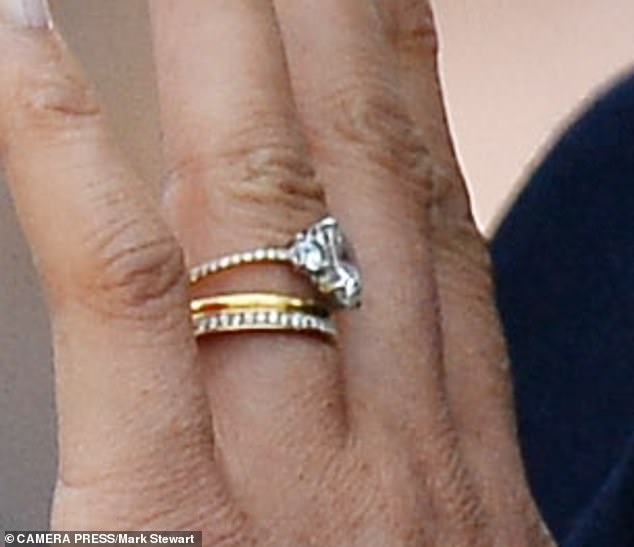 The ring, which sits next to the Duchess’ engagement and wedding rings, has a Sapphire for Harry’s September birthday, a peridot for Meghan in August and an emerald to represent Archie’s May arrival 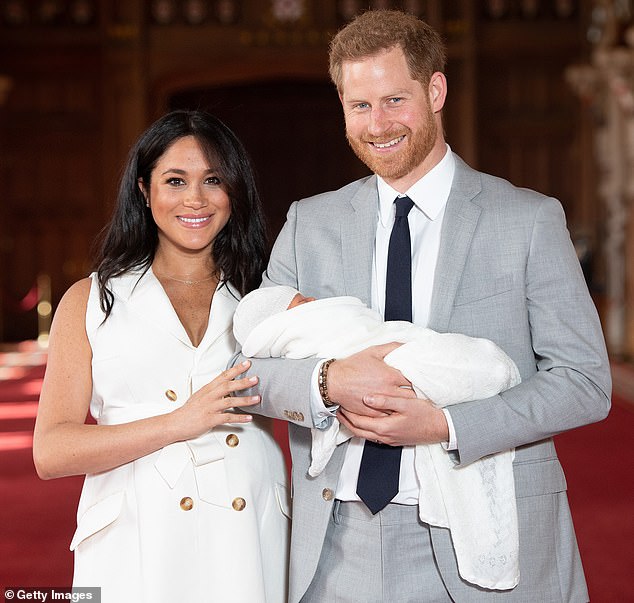 The ring was created by top American jewellery designer Lorraine Schwartz, according to society magazine Harper’s Bazaar, with Harry working closely with her to ensure the piece had a bespoke feel to it.

The band is the latest in an extraordinary collection of jewellery that Meghan has amassed in the past year, which has now been valued at a staggering £600,000.

The magazine reported that the Duchess was ‘touched’ by the fact Harry had created something unique.

It had initially been suggested that the new addition to Meghan’s finger was a ‘push present’ from the overjoyed new father husband. The tradition, popular in the US, sees the father gift the mother a ring to mark the birth of their newborn.

The Duke and Duchess of Sussex pictured in their first public appearance since introducing their new son to the world; Meghan debuted the ring at the ceremonial event 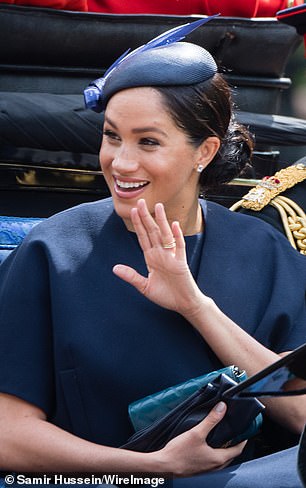 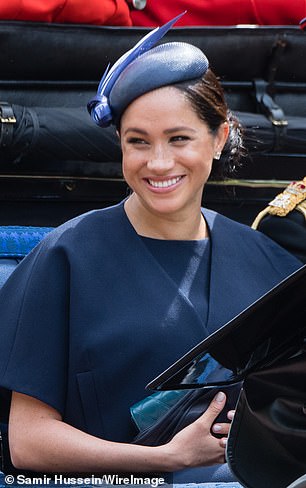 Meghan told aides she was keen to get back to her royal duties as soon as possible. It’s been eight weeks since she gave birth to her first child 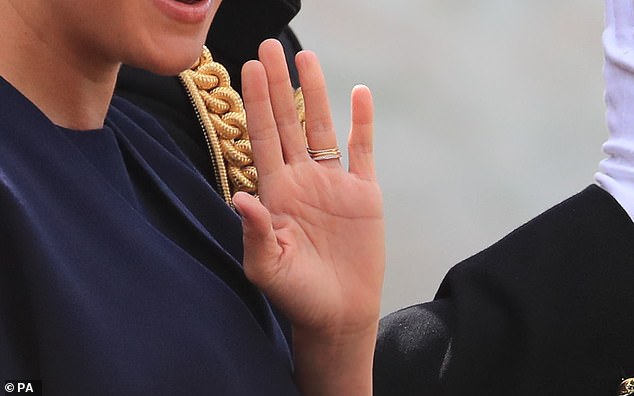 The Duchess has been on maternity leave caring for her baby, born at a private London hospital on May 6, and Harry has already spoken about how parenthood has changed their lives, saying he cannot imagine life without his son.

Meghan, 37, had told aides she was eager to get back to work as soon as possible.

Baby Archie will be christened at the same Windsor Chapel where both his father and uncle were baptised – and his parents were married in 2018 – next weekend.

However, the youngest royal’s parents are firmly staying true to their desire to raise Archie Harrison Mountbatten-Windsor as a ‘private citizen’ by closing off the royal event to the public.

The Duke and Duchess of Sussex, who faced criticism last week for lavish renovations of their home, Frogmore Cottage, at a cost of £2.4million to the taxpayer, look set to make their son’s christening an entirely private affair.

Kate and William allowed media access to all three of their children’s baptisms before conducting the ceremonies in private. The Queen will not attend Archie’s christening with Charles and Camilla set to lead the Royal party.