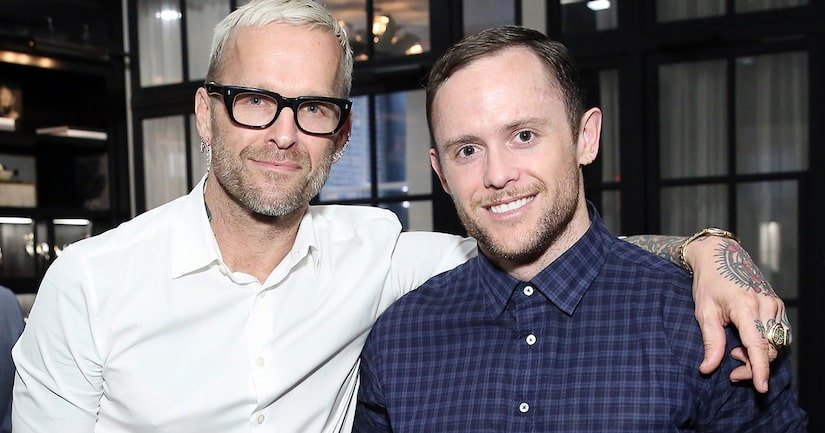 The former reality star and his longtime boyfriend Anton Gutierrez stoke the speculation flames with a pair of matching Instagram pictures.

The clues seem pretty iron clad, but nothing is official until we see it in writing … like maybe former "The Biggest Loser" trainer (and later host) Bob Harper and Anton Gutierrez’ signatures on a marriage certificate.

For now, though, we are cautiously optimistic that the couple recently tied the knot thanks to a pair of matchy-matchy Instagram photos they shared on Saturday. The pics themselves were very simple, but showed both gentlemen sporting matching rings and holding hands.

You know, rings … on their left hands … as in the traditional location of wedding rings!

"Well this happened yesterday," Harper captioned his post, giving shoutouts to jeweler Cartier and Via Carota, the restaurant the pictures were taken at.

Lots of couples announce their weddings and engagements by using the exact same photo on both Instagram pages, but Harper and Gutierrez went a different route. They went with almost the same photo, though Gutierrez’ was a little more ring-centric.

In his post, he’s holding Harper’s hand a little more aggressively, but it allows for both to perfectly spotlight just how adorable their matching Cartier panther rings are.

"I can do this forever," Gutierrez captioned his image.

I can do this forever

The picture includes a Cartier ring box, so perhaps the couple had just exchanged the rings — or even gotten them back properly sized. Could these be engagement pics, and they just jumped the gun on traditional ring placement … or decided they didn’t care.

Maybe they represent more like a promise ring, a commitment to one another without the legal marriage ceremony. Representatives for Harper have not yet returned TooFab’s request for clarification.

There are all kinds of tantalizing possibilities, but one thing feels certain. This is a couple that has made a commitment to one another for the rest of their lives.

Speculation about Harper and Gutierrez’ relationship began in August 2014 when the latter posted a pic of the couple together to his Instagram, as reported by The Daily Mail, and they were photographed kissing the following year. The couple would go on to make an appearance together on "Oprah: Where Are They Now?" in 2016.

They stayed together through a serious health scare for Harper in 2017, with TMZ reporting "Biggest Loser" trainer shocked himself by suffering a heart attack that left him unconscious for two days.

"Think about it. I was the workout guy. I was the one you came to want to workout and ask for health advice," he told People at the time.

The trainer and former reality star said he went back to the drawing board to figure out his life’s purpose all over again, with TMZ further reporting that he became vegetarian after the health scare.

Thankfully, he recovered fully and now is clearly living his best life with his love by his side. Congratulations to the happy couple!