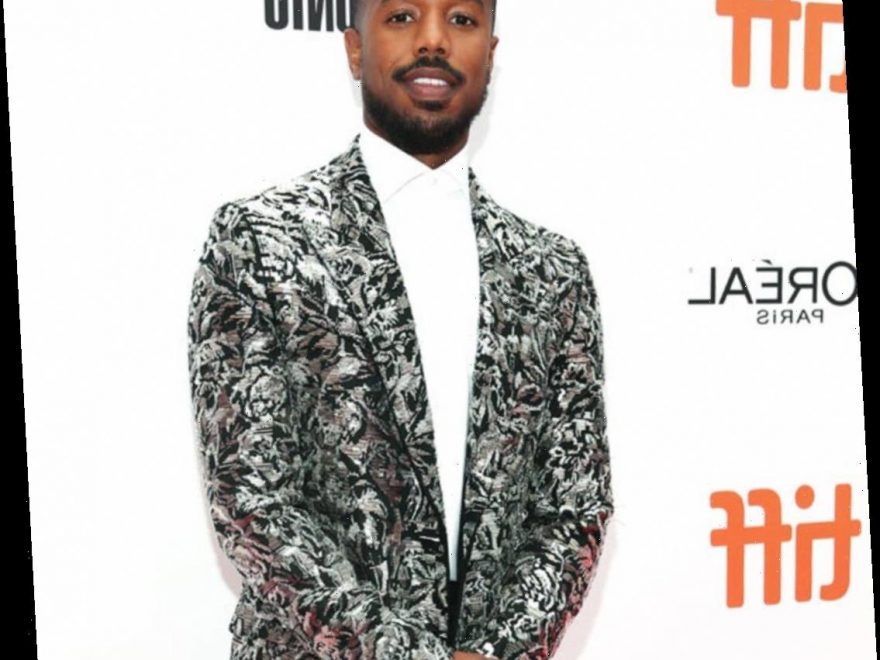 Black Panther star Michael B. Jordan explained why his newfound "gatekeeper" status means he has a duty to lift up the next generation.

Michael B. Jordan is fully embracing his role as a leader in Hollywood—and all the responsibility that comes with it.

In an exclusive sneak peek at the latest issue of Wonderland magazine, the Black Panther star feels like he has "made it" as a gatekeeper in Hollywood and wants to use his platform to uplift the next generation.

He reflected on some of the heavy duty pressure that comes along with being a trailblazer when speaking with the publication this month.

Jordan said, "I feel like we're often looked at as gatekeepers now, right? Like we 'made it' and we're here."

The 33-year-old continued, "And now it's like, as gatekeepers, the responsibility we have to usher in some kind of change when it comes to producing films and the stories that we're telling, how we're putting on for the culture, giving opportunities to others that we might not have had, holding brands and partners accountable for being progressive."

He said this year has been "revealing and enlightening" about his influence in Hollywood and how he's able to "thrive" by using his platform to "push things further along" even more.

"I'm starting to take real ownership," the Creed actor said. "I'm standing on the past generation's shoulders, I want this next generation to stand on top of mine. I want them to be a little bit taller, see further, speak louder, be better. So in the position I'm in, I'm just trying to lay down a solid foundation for them to stand on."

The way that he's currently "growing" into his voice is through his production company, Outlier Society, where he can tell stories that "will be impactful," he said, adding, "I want to build something that can last longer than my physical body. That when I'm gone there's a blueprint, there's a foundation, there's a mission statement."

It's all cyclical and interrelated, as Jordan explained how fighting for progress in Hollywood can also tie into his activism in social justice. He went on to share his views on the state of the world, following the nationwide civil unrest over the summer, when he spoke out in support of Black Lives Matter.

Jamie Foxx's ''Heart Is Shattered'' After His Younger Sister's Death

"We're right in the thick of it," he said. "When we were younger, we looked up to the ancestors and the freedom fighters and people like that like they're such a distant thing. Then you realise they were in their 20s and their 30s, and that was their reality."

In addition to ruminating on how he can make bold changes in Hollywood, Jordan has been stepping into another, more personal role. Specifically, he opened up about his time in quiet quarantine mastering the part of uncle.

Jordan reflected, "Quarantine for me has been hectic, but at the same time it's given me the chance to actually slow down a bit… I just became an uncle, little Lennox. I'm changing diapers and stuff. So for me, it's time well spent at home being around my family."

Read more from Jordan by ordering Wonderland now at wonderlandshop.com.