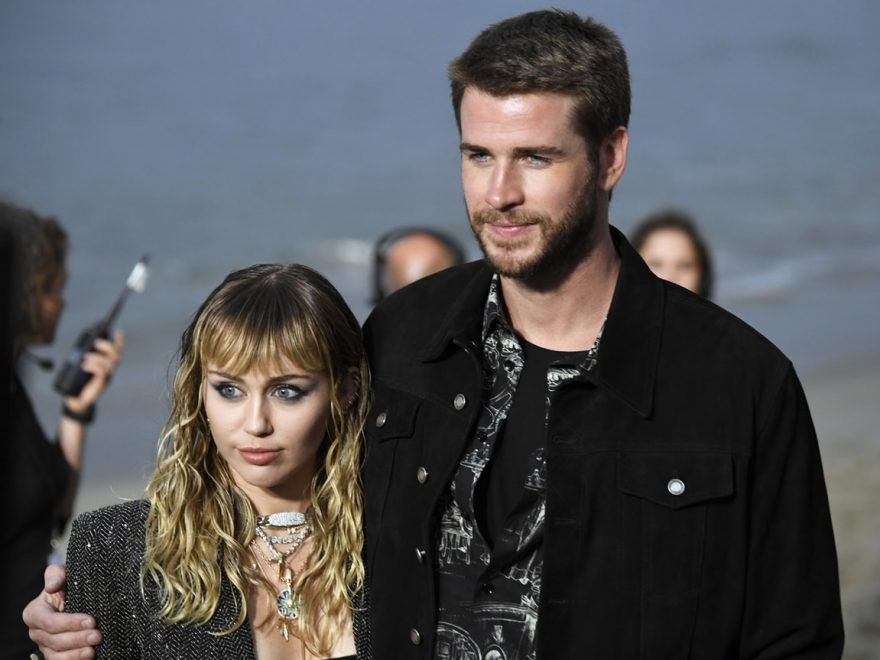 "Liam and Miley have agreed to separate at this time," a representative for Cyrus reportedly told People. "Ever-evolving, changing as partners and individuals, they have decided this is what’s best while they both focus on themselves and careers. They still remain dedicated parents to all of their animals they share while lovingly taking this time apart. Please respect their process and privacy." (Bustle reached out to representatives for Cyrus and Hemsworth, but did not receive an immediate response.)

According to People, fans started wondering about her marital status after Cyrus shared a photo on Instagram of herself sans wedding ring. The singer has been enjoying a summer vacation in Italy with her sister Brandi Cyrus and Kaitlynn Carter, who recently announced her split from Brody Jenner. And while the three of them have been sharing photos from their trip on Instagram and social media, Cyrus has not commented on her separation outside of the statement provided to People.

In her last social media update to her Instagram stories, Cyrus shared a photo of her and her sister doing face masks with the caption, "Much needed QT w BIG sis @brandicyrus."

Just two months ago, in June, Cyrus denied rumors of a split in an Instagram post celebrating her 10-year anniversary with Hemsworth. On June 11, she posted an Instagram story with a screenshot of an article headline that read, "Miley Cyrus, Liam Hemsworth Split rumors." At the time, the singer seemed to refute the rumors, writing, "Good to see everyone is as dumb as they were in 2009! Some things never change …. & I hope the way you feel about me is one of them. Yours truly."

The "Mother’s Daughter" singer may have been celebrating a 10 year anniversary, but as fans know, that decade had been full of ups and downs for the couple. Cyrus and Hemsworth’s relationship first began when they met and started dating in 2009 while filming The Last Song. They became engaged in 2012, and publicly ended their engagement in September of 2013. They got back together in 2016, and were married in December of 2018.

While Cyrus and Hemsworth have been more private about their relationship since their reunion in 2016, the few times the singer has spoken about her marriage revealed a modern approach. "We’re redefining, to be f*cking frank, what it looks like for someone that’s a queer person like myself to be in a hetero relationship," she said in an interview with Vanity Fair for the magazine’s March 2019 cover.

In a more recent interview with Elle, published on July 11, Cyrus opened up a bit more, saying, "My relationship is unique. And I don’t know that I would ever publicly allow people in there because it’s so complex, and modern, and new that I don’t think we’re in a place where people would get it."

Based on these quotes, it seems unlikely that fans will hear much more from Cyrus or Hemsworth about their separation. All the public can do is respect their privacy and hope that they find what’s best for them during this difficult time.