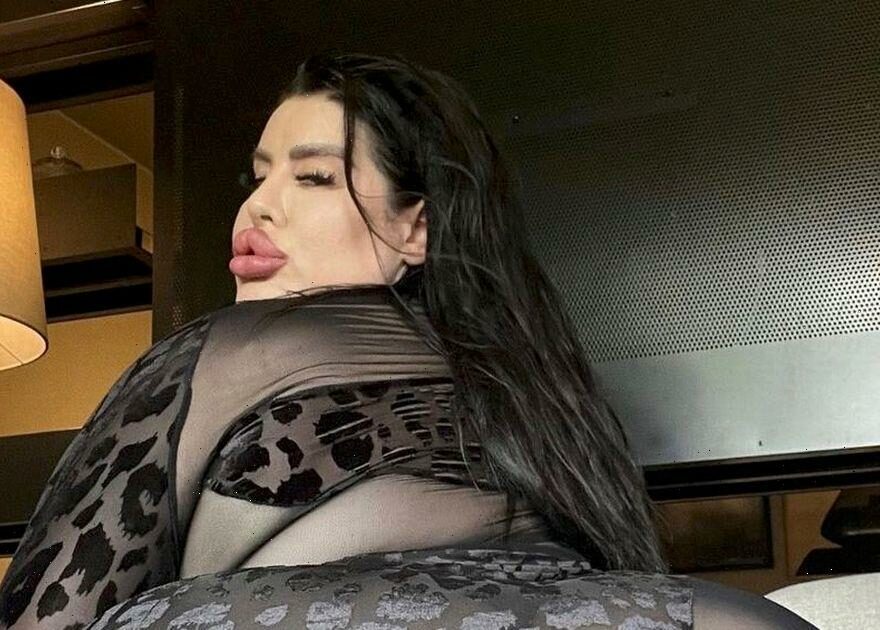 Natasha Crown has a rather unconventional new year's resolution for 2023.

The Swedish model famously wants to have the "biggest bum in the world" – so in a bid to achieve her mission, she's had five bum lifts over the years.

And it looks like she's going to continue prioritising her booty in the coming months.

Yesterday, the 27-year-old flaunted her curves in a see-through dress on NYE.

Her frock was made up of sexy leopard print and mesh panels that flashed plenty of skin.

Natasha kept accessories to a minimum to let her body do the talking.

Instead, she opted for glamorous makeup like red lipstick and fluttery eyelashes.

And she decided to style her hair by sweeping it over one shoulder.

The social media star captioned the image: "Are you ready for the New Year?"

Her 2.1 million followers went wild for the picture – with dozens taking the time to leave positive comments.

A third wrote: "I love your outfit… you are a gorgeous woman and a Happy New Year."

And a fourth added: "Wish you were mine for the new year."

In response to a recent post, one critic said: “It’s terrible to ruin your own body.”

And previously, an Instagram user commented: “Why are you so obsessed with your a***?

“You do realise that in 10 years time you are gonna so regret this.”

And a third asked: “What is wrong with people being happy with the body they have instead of deforming it?”

Despite the criticism, Natasha is unlikely to tone down her look any time soon.