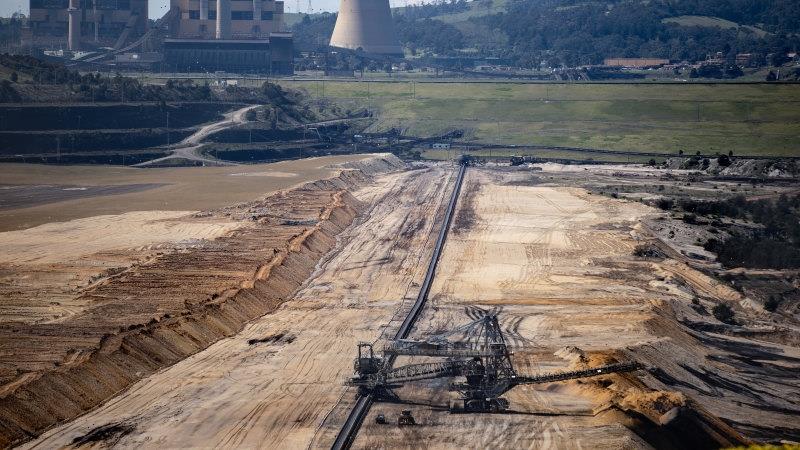 This statement highlights two related problems the federal government faces. The first is that though it is officially signed up to the emissions reduction goals agreed in 2015, even its closest allies are sceptical of its commitment on the broader issue, with British Conservative peer Lord Deben calling us “one of the recalcitrant nations”. 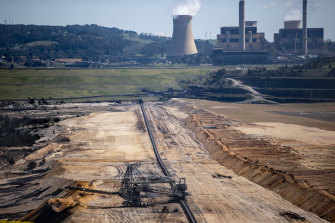 Coal-fired energy from the Latrobe Valley underpinned decades of Victoria’s economic prosperity, but its days are numbered.Credit:Simon Schluter

The second problem is that while Mr Morrison, Trade Minister Dan Tehan and some of their government colleagues would like to keep trade, climate, defence and energy in separate policy boxes, there is a growing international consensus that the threat posed by climate change transcends and encompasses all other questions.

If Australia is to demonstrate an understanding that climate change is the first-order issue of our time and to meet the challenge of sceptics that it is not, as the Lowy Institute’s Michael Fullilove put it, seeking a “free ride” on cutting emissions, then Mr Morrison has to be in Glasgow for the pivotal 26th UN Climate Change Conference. There he would represent not just one arm of government, as Energy and Emissions Reduction Minister Angus Taylor would do, but the government and nation as a whole.

Mr Morrison has cited the need for his presence at home as we open up our borders. But being in Glasgow would be an unmistakable signal of our renewed engagement with the world. At a time when some in his government, such as cabinet minister Bridget McKenzie, are pitting urban and rural voters against each other – an area where the Prime Minister has form himself with his dismissive talk in April of inner-city cafes and wine bars – it is vital that Mr Morrison unifies the country behind the step-up necessary on this issue. As our chief political correspondent, David Crowe, put it (admittedly before Barnaby Joyce’s return as Deputy Prime Minister and Nationals leader), “a bigger leader would try instead to mend those fractures”.

Having spent a lot of time talking about the social and economic losses that would result from setting significant emissions targets, and particularly from “consign[ing] coal to history”, as British Prime Minister Boris Johnson demanded in August, Mr Joyce also needs to look at his schedule. Putting off the junior Coalition partner’s debate on a net-zero target until October 17 – just a fortnight out from Glasgow – would leave him and Mr Morrison with scant room for mending fractures.

If the Nationals leader intends to level with his constituents regarding the energy and policy transition that lies ahead, he needs his alienated colleague Darren Chester – who is already part of a bipartisan taskforce tackling these questions in the Latrobe Valley – back in the fold as soon as possible.

In March 2019, speaking at an International Women’s Day event, Mr Morrison caused controversy by saying “we don’t want to see women rise only on the basis of others doing worse”. Defending his remarks, he added that “I want to bring all Australians together to focus on this [the advancement of women].” This is the approach he needs on climate change, instead of one that dwells on divisions.

The Prime Minister should already know that when it comes to lowering emissions, this country stands to gain millions of jobs and billions of dollars from an orderly transition. But there is a far more important victory to unite Australians around. As former bank regulator Geoff Summerhayes told this masthead: “We’re not talking just about stranded assets or fortunes to be made in the transition, we’re talking about the future of humanity itself.” That’s surely worth the journey to Scotland.