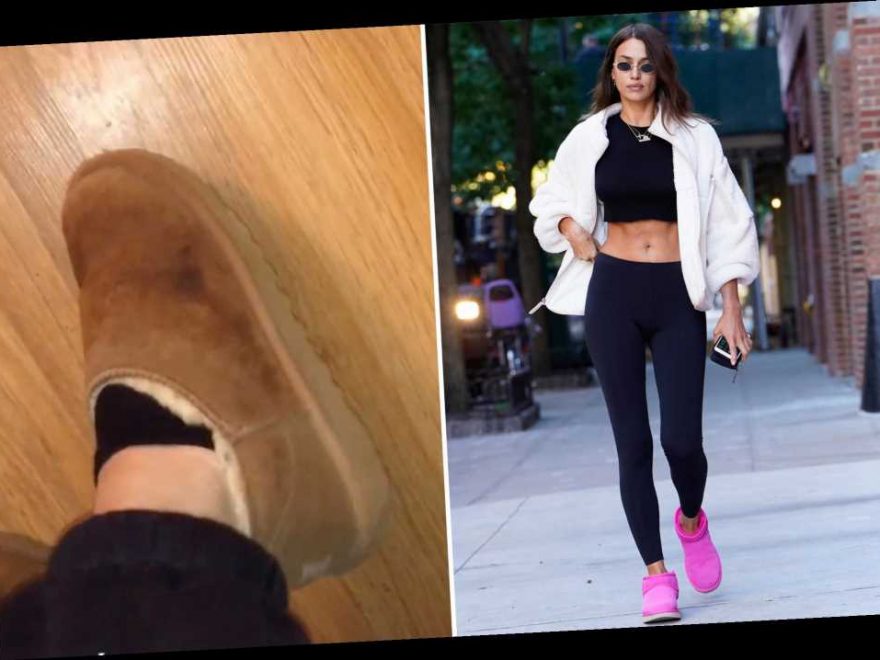 Paulina Gretzky closes out 2020 with a new TikTok

Teens are taking scissors to their pricey Ugg boots and turning them into slippers.

The trend began in October 2020, as the weather turned cold. That month, models, such as Irina Shayk, began stepping out in a new ankle-length Ugg boot style, known as the Classic Ultra Mini, which the TikTok teens appear to be mimicking. Emily Ratajkowski has also been spotted in the pandemic-chic footwear.

The popular Australian shearling boots have a seam at the ankle, which DIY-ers are using to guide their snips.

It’s not a cheap decision: Tall and short boot styles from the brand range from $150 to $200. Meanwhile, a new pair of Ugg slippers goes for around $100.

But some teens, like TikTok user @abbyj420, see the move as a way to breathe new life into old boots: “These babies are all kinds of jacked up, they’re 7 years old,” she said in a video before making the cut. “But instead of throwing them out I’m going to cut them up and see if I can reuse them.”

She’s pretty pleased with the finished product. “I’d probably only wear them in the comfort of my own house, but still, recycle baby.”

Parents aren’t quite as thrilled by the TikTok-inspired Ugg boot antics.

West Harlem mom Marissa Gomez told The Post she was shocked, when her 16-year-old daughter, Ella, sliced up a pair of boots in December that her dad had bought her.

Made this decision 5 minutes ago #uggs

“She actually asked me if she could use my sewing machine, and then she grabbed a pair of scissors of mine and picked up her Uggs. I asked her what she was doing, and she was like, ‘Don’t worry, Mom,’ ” Gomez told The Post.

Gomez, a waitress, was taken aback when she saw what her daughter was up to.

Because the boots were a gift from her father, Ella had asked him for permission before breaking out the clippers. Still, Gomez was flummoxed: “Ugg slippers cost less than Ugg boots, so why switch it?”

Even now, a month later, the mom isn’t sure what to make of the TikTok trend.

“I have mixed emotions,” said Gomez, noting there’s a balancing act between costs and creativity.

Because her daughter is 16, Gomez knows she has to give her freedom to make her own fashion choices. And while she personally isn’t in love with the new look, she admits that Ella is happy with her decision.

“She enjoys them,” said Gomez, noting her daughter even tried dyeing the inside fur blue.

Most importantly, Ella has “been wearing them more as slippers than boots.”

“She’s comfortable, and that’s all that matters to me,” Gomez said. “You have to give your child room to find their own person.”