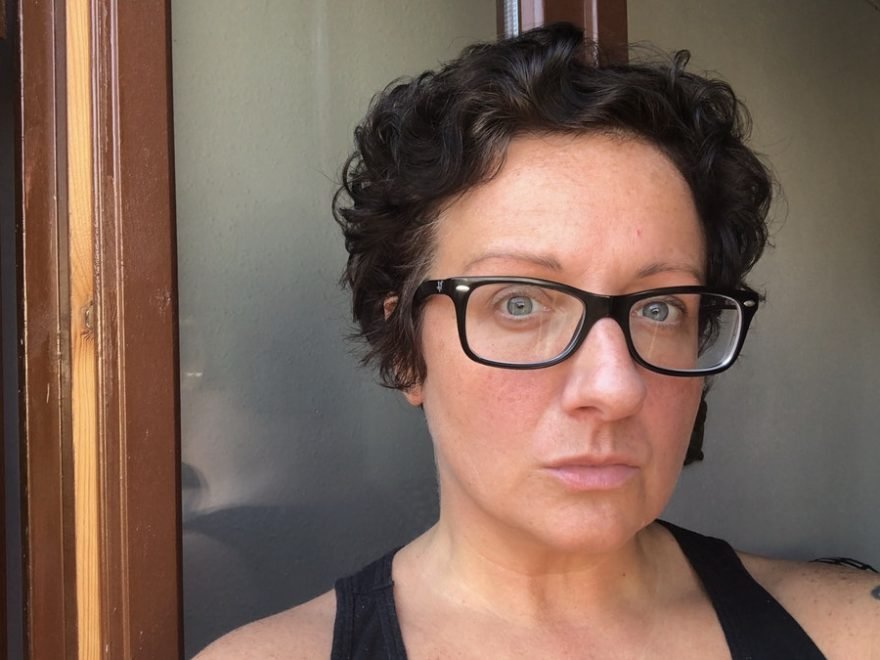 I hadn’t been in New York City much more than a year when I decided I wanted to donate my eggs. For me, it wasn’t about giving the gift of life to a couple who was unable to conceive, but about the compensation it would involve. New York had sucked me dry financially. I had managed to max out more than a few credit cards, I had student loan bills that were piling up, and I was being paid $28k a year to answer phones at jewelry design company. I had no insurance, my rent was $1,200 a month, and my parents, still less than thrilled that I had moved to New York, wouldn’t help me. It was 2004.

Donating my eggs, or more accurately, selling my eggs seemed like a quick fix. I also knew that in wanting to sell my eggs, I wasn’t alone. “I donated my eggs right after college to pay off my student loans,” egg donor, Cary, now 47, told Bustle for a previous article. Women selling their eggs to financially catch up or make a profit isn’t unheard of. Although the exact percentage of how many women sell their eggs to make money versus selling their eggs for altruistic purposes, isn’t known, the former is anecdotally common. And there’s absolutely nothing wrong with that being my primary motivation.

At the time, I knew very little about the process, and thinking it was just a matter of giving myself a few shots, then having my eggs removed for an amount of money that could at least put a dent in my debt sounded fantastic. I figured there must be a family out there with curly hair, blue eyes, and French noses, that was overflowing with sarcasm and general self-deprecation, and they would love to have my eggs. My eggs were good stuff, I thought, at least worth a few grand.

So I started to do my research. I looked into a few fertility programs in the city and read over their application process. Applications to donate your eggs, at least back in 2004, are just as long as you might imagine, and I remember sitting on the couch with my parents on the phone for an hour filling in the blanks about my family’s medical history. My family history, in regards to my parents and grandparents, is void of any major diseases and my grandmothers on both sides (and going back a few generations too) have lived well into their 90s, and many have made it to over a 100. While I was on a low-dose antidepressant at the time, that didn’t seem like anything the fertility specialists would flag. Not only was almost everyone I knew on some form of antidepressant, but I’d be willing to stop taking them during the process. I thought, genetically speaking, I was an ideal candidate.

While I was weighing the pros and cons of all this (I didn’t see any cons), my roommate was dating an ER doctor who was very much against the whole idea. According to him, I’d regret the idea in time, especially when I thought about someone with my genes out there in the world having no idea who I am. He also pointed out that I didn’t have the most conducive lifestyle for an egg donor. But, at 26, I rationalized that I had enough eggs to spare one — I didn’t want to carry a child of my own, so I wouldn’t regret giving my eggs to someone who could use them. And as for that lifestyle? I could totally curb my drinking and “carousing,” as my mother called it, for a week or two. Still unaware of what the entire process entailed.

And it is a whole process. Donors have to take self-administered hormonal injections to create multiple eggs, Dr. Janelle Luk, reproductive endocrinologist and medical director and founder of Generation Next Fertility, tells Bustle, while also going in to see the doctor for monitoring five to seven times during a two-week period. When the doctors decide you’re ready, there will be one more injection to trigger ovulation. The egg retrieval will occur 36 hours later.

My research, to no one’s surprise, didn’t dig that deep. Or, if it did, I sort of glazed over the particulars. I didn’t even take into consideration there was a possibility that my eggs wouldn’t mature, nor did it cross my mind that my eggs wouldn’t be accepted. Honestly, it seemed like a sure thing.

And so I completed the form, attached a photo of myself, and mailed it to the clinic. Then I waited to be accepted into the next phase: the interview, where I would, without a doubt, dazzle the fertility specialists with my je ne sais quoi. Between that, my wit, my charm, and my beautiful sarcasm that doesn’t have an off switch, something would have to catch their eye that I would be an ideal donor.

But my eggs were rejected. I was somewhere between surprised, shocked, and sad. While my family history might not have any major red flags, my personal history, the one involving depression, was another story. Although I wouldn’t be officially diagnosed as having major depressive disorder until the following year, I had had depression for as long as I could remember — and while antidepressants can be prescribed for things other than depression, I imagine the cocktail of the two was probably revealing. Although the standard rejection letter they sent never specified why they didn’t accept my eggs, I assumed that my mental health had to have been a major factor. And, in hindsight, I think that’s for the best. If I wouldn’t wish my depression on even my worst enemy, there’s no way someone would sign up to pass it on to their child.

But, as I do with most things, I took the rejection very personally. It wasn’t just my eggs that weren’t accepted, but I wasn’t accepted. I was flawed and broken, and so were my eggs. Because I did take it to heart, it made me feel even more self-conscious about the albatross I’d been carrying with me my entire life. It also reached deeper than that too, making me think my eggs were worthless, and solidifying that it was, indeed, a good thing that I had zero interest in having a child of my own.

In the weeks that followed, I moved on from the whole idea, the rejection letter, and the feelings that came with it. It was a combination of time and just moving on to the next thing. I chalked it up to another one of my not-so-brilliant ideas and figured I’d write about it in my bestselling memoir (that, still, has yet to see the light of day). As I got into my 30s and saw close friends relying on IVF (in vitro fertilization) and egg donors to conceive their own children, I realized that ultimately, the rejection was for the best. At the time, I didn’t realize just how emotional the whole process is — there is anguish in the eyes of these families who can’t conceive on their own that I didn’t even realize possible.

As someone who overthinks things and carries the weight of my decisions with me well after the fact, donating my eggs would have meant different things to me as I got older. More than anything, I’d always wonder exactly what parts of me that the potential kiddo got, and what parts of me it was lucky enough to avoid. It would have been something that, although I don’t believe in regrets, I would have second-guessed for the rest of my life. I’d like to get through this life with as few second guesses as possible.